Put your tongues back in your mouths, guys. These gals wear sports bras underneath their blouses, which really look more like bathing suit bikini tops than they do underwear.

The reason for the rule change was a frankly silly “code violation” slapped on French tennis player Alizé Cornet after she changed her shirt on the court after having inadvertently put it on backwards in the locker room during a “heat break.” According to the World Tennis Association rulebook, female players must leave the court to change their shirts that have become soaked with perspiration. Male players, in contrast, are permitted to change shirts on the course.

As you can see from the video, when Cornet realized her wardrobe malfunction, she turned to face the back wall of the court and made the change discreetly. No real flesh was exposed.

Nevertheless, Cornet was penalized for unsportsmanlike conduct, which, as the Daily Mail notes, brought jeers and calls of sexism. Although that term has taken a battering from overuse in recent decades, in this case it’s hard to disagree with the critics.

Which realization the association came to itself. Via the Daily Beast:

The US Open released a statement Wednesday expressing “regret” over an umpire’s decision to issue Alizé Cornet a code violation for changing her shirt on the court during her Tuesday match against Johanna Larsson. “All players can change their shirts when sitting in the player chair. This is not considered a Code Violation,” the statement says. “We have clarified the policy to ensure this will not happen moving forward. Fortunately, [Cornet] was only assessed a warning with no further penalty or fine.”

Now when it comes to telling schoolchildren they can wear whatever they want as long as it “covers genitals, buttocks, and areolae/nipples with opaque material,” you got a whole new ballgame. 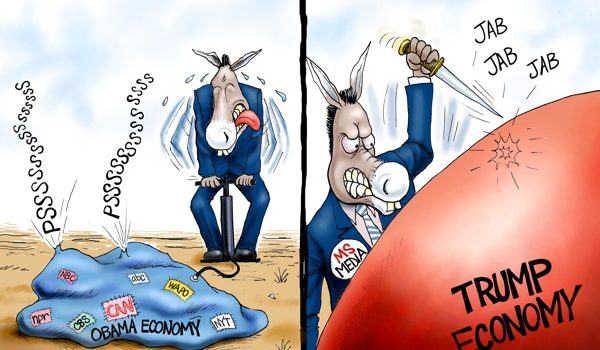 Cartoon of the Day: Deflategate
Next Post
Monkey biz aside, Dem nominee for Florida governor is far-left, embroiled in corruption probe