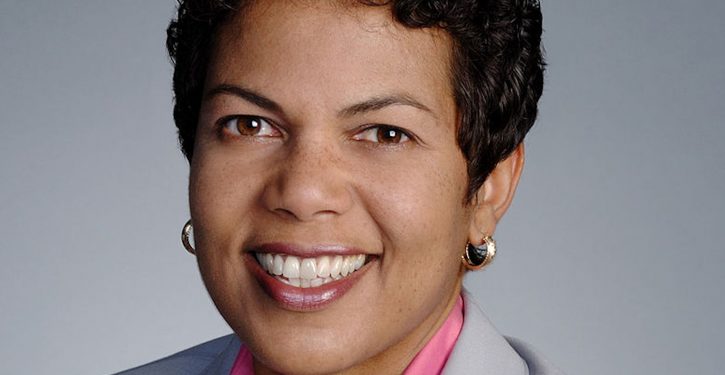 Tuesday was a big day in terms of court cases with major implications for politics — the interlinked politics at both ends of the National Mall.

Paul Manafort was convicted by a jury on 8 of the 18 counts brought against him by Special Counsel Robert Mueller.  None of the counts had any relevance to the 2016 election or Russia.

Michael Cohen, formerly Donald Trump’s lawyer, pled to 8 counts in federal court as well, in a case prompted by the Mueller investigation.  None of the counts had any relevance to the 2016 election or Russia.

Not to be overlooked: a District of Columbia Superior Court judge dismissed a defamation lawsuit brought by owners of a Russian bank against dossier author Christopher Steele.  This was not a federal case; it was a D.C. Superior Court case, the equivalent of a state-court-level case in the District of Columbia.  The judge ruled that, whatever the merits of the dossier itself, Steele’s intentions in supplying material from it to media organizations were not libelous.

Finally, the federal judge presiding over the bank fraud case against Imran Awan, erratic D.C.-area entrepreneur and erstwhile “IT aide” to congressional Democrats, awarded Awan no jail time in his plea deal, explaining that Awan had “suffered enough.”

The last point is what interests us here.  The judge in question is Tanya S. Chutkan, an Obama appointee with a rather remarkable history.  When she caught the Awan case, numerous commentators observed that she had also had to recuse herself from two separate cases involving Fusion GPS, the opposition research firm behind the Steele dossier — because she somehow ended up with both of those cases.  But there’s more to it than that.

The parade of special cases

We’ll start with the Fusion GPS cases, however.  When the House of Representatives subpoenaed bank records on Fusion GPS in 2017, Judge Chutkan presided over the initial lawsuit brought to fight the subpoena.  In October 2017, she held teleconferences with the parties — Congress, the bank, and Fusion GPS — to try to get them to work it out.  Although the House and the bank reached an initial agreement, Fusion found some of the terms unacceptable, and pressed to prevent disclosure of certain records.

During this process, in November 2017, Chutkan abruptly recused herself from the case.  No reason was given, but observers speculated that the recusal was due to a prior connection with Fusion GPS.  The law firm Chutkan came from, Boies Schiller, had worked for the start-up company Theranos (now disgraced and accused of fraudulent claims), and had done so in conjunction with Fusion GPS, hired by Theranos to discredit plaintiffs.  However, it could not be established that Chutkan herself had participated in that case.  She left Boies Schiller in 2014 to take her seat on the U.S. District Court for D.C.

The odd thing is that Chutkan also ended up with another Fusion GPS case (in which a Russian oligarch sued BuzzFeed for publishing material from the Steele dossier), and in that case too had to recuse herself after presiding over it for a period of time.  That recusal occurred in December 2017.  It has never been clear why Chutkan didn’t simply pass on the cases at the outset, rather than sitting them for a while and then recusing herself.

Her sentencing of Imran Awan seems to fit the political pattern of other recent rulings, which have included ordering that the U.S. provide abortions to two illegal minors,  Ignoring the vast array of evidence that Imran Awan has been running extremely shady operations, and seeming to swallow his lawyer’s story that Awan’s greatest concern is getting to Pakistan so he can build a women’s shelter, dovetails nicely with the form of political bias Chutkan has shown in some other decisions.

But there’s still more to it.  Oddly enough, Judge Chutkan is now presiding over the federal case being brought against alleged Russian spy Maria Butina.  The Butina case made the news recently when Chutkan indicated she might impose a gag order on Butina’s counsel to prevent a robust media campaign by the defense.

This judicial move may or may not be over the line or unusual.  At the very least, however, it is a restriction on the defense, in a decidedly murky case.  As far as the public can discern, Butina is accused of being a spy — or perhaps an agent of influence — because she met people and arranged forum discussions relating to gun rights.  The brief against her amounts to far less than what was alleged against possible Soviet agents in the 1940s and 1950s.  There is no suggestion so far that Butina compromised employees of the U.S. government, for example, or wormed her way into a position of influence over policy in any key, highly leverageable American institution, such as government, the academy, or a major media company.

Sixty or seventy years ago, many Democrats indignantly rejected the idea that Russians, and their American associates, who had in fact done exactly such things were engaged in spying or being agents of influence.  Yet now, on a thinner pretext, Democrats are satisfied to see Butina in court defending against accusations of being a “spy.”

Maybe she is one — in which case a lot of people who sincerely believed in the Soviet spy cases from 70 years ago are being vindicated as we speak.

But the point of interest here is that, yet again, Judge Chutkan has caught an especially significant case, and one whose outcome seems peculiarly important to a particular political narrative.  It’s worth noting that restricting the options of Butina’s defense would serve that narrative, by preventing the defense from framing Butina’s case in alternative terms for the public.

Beyond these circumstances, there’s a unique feature of Chutkan’s accession to the federal bench, which may or may not have significance.  She was appointed, via a nomination in 2013, as essentially an “extra” judge on the D.C. District Court.  The conditions for  Chutkan’s appointment were so rare that even veteran court-watchers had to have the situation explained to them.

The short version is that since 1939, there has existed an element of the federal judiciary called the Administrative Office of the United States Courts, which — as the name suggests — handles a variety of administrative matters for the entire branch.  The Chief Justice of the Supreme Court appoints a director of this office (who need not be, and has not always been, a federal judge.  Some are lawyers from other backgrounds).

Since 1939, there have been nine directors of the Administrative Office, most of them serving for extended tenures.  (There is no limit imposed on a director’s tenure.)  Prior to Obama, there had been no president who was in office for more than one change of directors.  Some presidents had none on their watch.

The Chief Justice, as mentioned, appoints the directors, and Earl Warren, who served for more than 15 and a half years, from 1953 to 1969, made two directorial appointments.  His successor, Warren Burger, served for just over 17 years (1969-1986), and made three appointments.  William Rehnquist, on the other hand, who was Chief Justice for two weeks short of 19 years (1986-2005), never made a directorial appointment.  Director Leonidas Ralph Mecham, appointed by Burger, served for more than 20 years, throughout Rehnquist’s entire tenure on the court.

The other Chief Justices since 1939 made either one appointment or none.  John Roberts, who assumed his seat in 2005, appointed James C. Duff in 2006 to succeed Mecham.

The changes of director were not due to deaths (indeed, interestingly, one of the appointments — that of Judge Thomas Hogan — was announced at the outset as being for a period of one year).  And I emphasize that we need make no overly skeptical assumptions about the changes based solely on their unprecedented frequency.  But there are two interesting outcomes to ponder.

One is that the current director of the Administrative Office is James C. Duff.  He’s the same James C. Duff appointed by Roberts in 2006.  He was reappointed in 2015, after two other directors had cycled through.

Duff departed as director in 2011.  His successor was Judge Thomas F. Hogan, a senior judge of the U.S. Court for the District of Columbia.  Now, note this well.  Because Hogan was a senior judge on the bench, and not an active judge — although he was still taking occasional cases — there was no need to appoint a new judge when he was chosen to succeed Duff as the director.

But less than two years later, in mid-2013, Judge John D. Bates was appointed director to succeed Hogan.  Bates was an active judge on the D.C. District Court.  That move therefore triggered a requirement imposed by the Civil Justice Reform Act of 1990.  It required Obama to name an “extra” judge to the D.C. District Court to cover the work load that would otherwise be shorted by Bates’ preoccupation with his directorial duties.  Bates retained his position on the bench, but could not carry a full caseload.

The “extra” judge named by Obama in 2013 — the second interesting outcome — was Tanya Chutkan.

Chutkan was confirmed by the Senate in 2014.  In January 2015, Judge Bates left the director’s office and returned to full-time work on the D.C. District Court.  And John Roberts put James C. Duff back in the director’s chair.

Again, we can’t draw sweeping conclusions without more information.  But it is remarkable, in the exact sense of being worthy of remark, that the judge who was appointed in this peculiar sequence of events keeps ending up with freighted special cases involving Fusion GPS, the Steele dossier, the alleged Russian spy (whom the media are working overtime to connect to Russiagate and Trump), and the exceptionally bizarre Awan case.

This is a data point that may not have a probative meaning now.  But I would file it away for future reference. 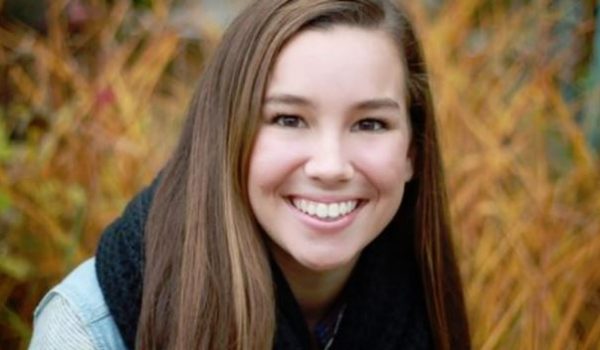