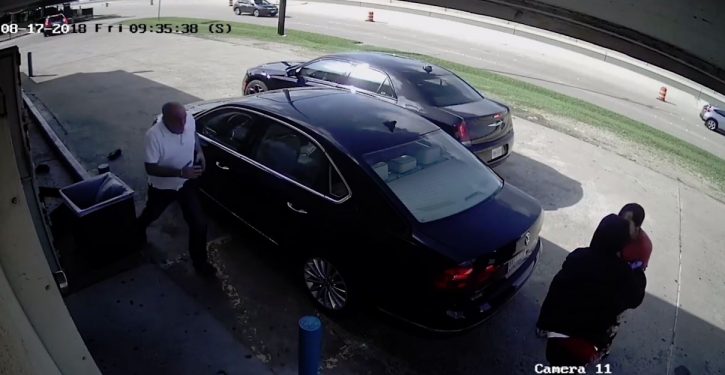 In this screen capture from the video, one of the thieves clad in a hoodie, goes after the woman as her husband runs toward them.

These may be the two most persistent thieves in the history of crime. Not only did they grapple with the owner of a purse they were attempting to steal for a full two minutes but also fought with the woman’s husband before completing the theft and racing off in their car. Then again, a surveillance video provided enough information about the identity of one of the thugs to enable police to nab him.

According to the Miami Herald:

The robbers had followed the woman from a nearby bank, where she had taken out $75,000 and put it in her purse on Friday, according to police. Then the woman arrived at a Valero gas station that she is believed to co-own, and got out of her car holding the purse around 10 a.m., KTRK reports.

But as the woman opens the car door, an SUV pulls up and a man springs out of the backseat as the SUV is still moving, surveillance video released by police shows. The man then begins sprinting at the woman, surprising her as she begins to open a door.

As the two wrestle on the ground for possession of the bag, the woman’s husband suddenly appears on the scene and joins the fray. It is at this point when the robber’s accomplice arrives, driving the getaway car. Together, the two thieves manage to overpower the couple. The purse in their possession, the speed off, first taking care to back their car over the woman, who is still on the ground.

She is reported to be in critical condition at a local hospital. Her husband was treated for minor injuries and released.

Meanwhile, police arrested the suspect they recognized from the surveillance footage. He has been identified as Davis Mitchell, 31, and is being held at the Harris County Jail on charges of aggravated robbery with a deadly weapon. 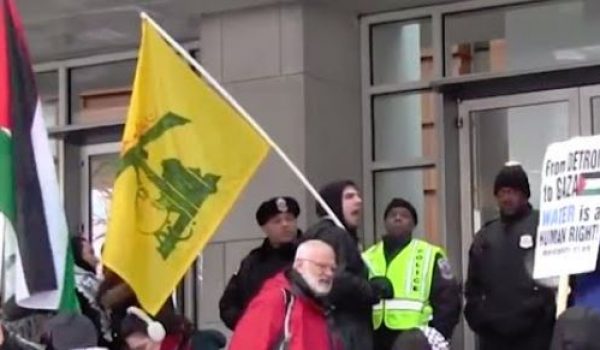