Yesterday, CNN and other media organizations attempted what can only be described as an exercise in jury intimidation. A motion was filed with the District Judge T.S. Ellis asking him to release the name and addresses of the jurors [in the Paul Manafort trial]. Why this information was requested becomes much more curious when one considers that a) the media can’t talk to the jurors until after they are released from duty, b) that maybe the jurors would object to their private information being released, c) and the fact that the jury had just asked Judge Ellis for the meaning of “reasonable doubt.”

Judge Ellis, who is presiding over the Manafort trial, has himself received death threats, perhaps as a result of skeptical questions he aimed at prosecutors during the trial.

When CNN’s Andrew Kaczynski defended its doxxing of the jurors, members of the public gave CNN a taste of its own medicine: They posted Kaczynski’s own address. He responded by whining to Twitter “about people tweeting addresses associated with me.” Ironically, Kaczynski is the CNN reporter “who doxxed a Reddit user who made the GIF of President Trump wrestling CNN.”

CNN was not the only media entity seeking to doxx the jurors in the Manafort trial. It was among seven media entities to do so, including “Washington Post, BuzzFeed, POLITICO, New York Times, NBC Universal, and the Associated Press.”

The media insist that they have the First Amendment right to publish the names and addresses of vulnerable crime victims whose assailants are still on the loose and could retaliate against them. For example, in Florida Star v. B.J.F. (1989), media entities convinced the Supreme Court that the First Amendment protected such doxxing. After rape victim B.J.F. reported to the Sheriff’s Department that she had been robbed and sexually assaulted, the Florida Star included B.J.F.’s full name. Consequently, her name was included in a “Police Reports” story in the paper.

Florida law made it unlawful to “print, publish, or broadcast … in any instrument of mass communication” the name of the victim of a sexual offense. The Supreme Court ruled that the First Amendment trumped the application of this statute, although the justices did not agree among themselves on exactly why it did.

Former Time Magazine columnist Margaret Carlson, writing in the Daily Beast, defended the firing of conservative professor John McAdams by Marquette University for linking to the web page of a progressive instructor in criticizing her alleged intolerance for dissent in the classroom. She denounced the Wisconsin Supreme Court for ruling in McAdams’ favor in July 2018, declaring that “doxxing is free speech if you’re a right-wing prof.” Her contention of ideological favoritism was a baseless instance of projection on her part: Nothing in the Wisconsin Supreme Court’s decision suggested its decision would have been any different had McAdams been progressive rather than conservative.

But Carlson’s reaction surely would have been. Moreover, under the Supreme Court’s Brandenburg line of cases, McAdams was not responsible for any nasty emails sent to the progressive instructor that McAdams criticized. The First Amendment forbids liability or punishment of a speaker based on such third party actions in reaction to his speech.

Press complains its freedoms are being suppressed, yet persists in avoiding stories that hurt Dems
Next Post
Yes, ICE detained illegal alien driving pregnant wife to deliver baby, but there’s more to the story 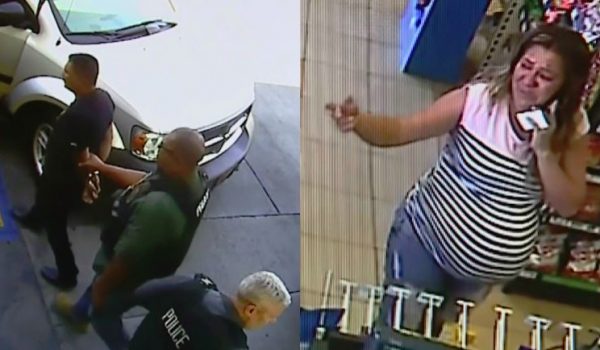