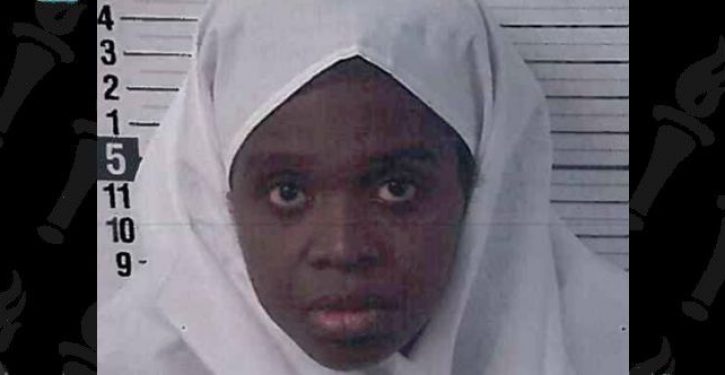 One of the suspects arrested at a suspected Muslim “extremist” compound in New Mexico is a longtime illegal alien from Haiti who overstayed a visitor visa, immigration authorities said Wednesday.

Jany Leveille, 35, was arrested along with four other people on Aug. 4 when state and local police raided the makeshift compound in rural Amalia, N.M. Police officers discovered a total of two men, three women, and 11 children living in squalid conditions and allegedly training for some kind of mass shooting, according to New Mexico state prosecutors.

“ICE issued her a notice to appear before a federal immigration judge, and she remains in ICE custody pending resolution of her immigration proceedings,” Zamarripa told The Daily Caller News Foundation. “Leveille has been unlawfully present in the U.S. for more than 20 years after overstaying the validity of her non-immigrant visitor visa.”

Prosecutors alleged that all five suspects were giving firearms training to the children at the compound “in furtherance of a conspiracy to commit school shootings.” An FBI agent further testified that one of the children told him other prospective targets would include “the financial system, law enforcement, the education system.”

Even so, Backus said New Mexico state prosecutors had failed to show that the defendants posed a threat to the community and should be denied bail. She also chided prosecutors for seemingly asking her to take into account the suspects’ Muslim faith in making a bail determination.

Siraj Wahhaj, the son of a prominent Brooklyn imam of the same name, will remain in custody pursuant to a Georgia warrant stemming from allegations that he kidnapped his 4-year-old son, Abdul-Ghani Wahhaj, in December.

During a search of the compound on Aug. 9, police discovered the body of a young boy buried in a tunnel on the property. Investigators believe the remains are those of Abdul-Ghani Wahhaj, but say it could take weeks to make a positive identification.

Prosecutors allege Abdul-Ghani Wahhaj, who suffered from severe medical problems, died during an exorcism ritual conducted by his father.

Maybe libs wouldn’t be on Trump’s case if, instead of calling Omarosa a dog, he had called her this
Next Post
Hillary Clinton praises 11-year-old for taking a knee during Pledge of Allegiance