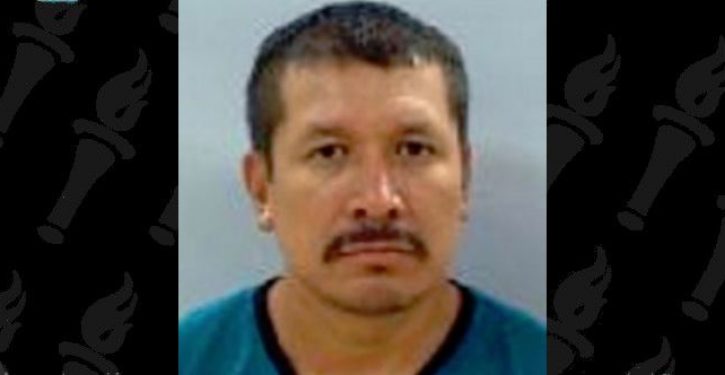 Not every person who crosses the nation’s southern border between legitimate ports of entry comes to the U.S. with good intentions. In a sane world, this fact would be a priority among all lawmakers who would look to protect innocent Americans first. But this is not a sane world, and Democrats continue to narrow their attention exclusively to the plight of would-be family units who arrive at the border and are separated until authorities can verify their stories.

In the meantime, bad apples like 37-year-old Juan Murillo-Gomez, of Mexico, don’t get the message that their presence here is unwanted and sneak back across the border for a another helping.

According to the Dallas News, “Murillo-Gomez was detained Wednesday by Eagle Pass (Texas) Border Patrol agents near downtown Eagle Pass” after illegally re-entering the country. This is his third time.

In 2003, he was convicted of “indecency with a child by contact.”

He was initially given probation but was sentenced to two years in prison … after he didn’t pay fines and fees, didn’t perform community service and failed to be evaluated for alcohol and drug addiction, as well as take English as a second language classes.

He was deported after finishing his prison sentence.

In 2009, he was apprehended again in Houston. He was charged with illegal re-entry and served two years incarceration. Again he was removed to Mexico after completing his sentence.

Now he is back again.

Nothing in this man’s history suggests he could be rehabilitated, even if that were America’s problem — which it’s not. He came here illegally and has demonstrated repeatedly that he has no desire or intention of becoming a resident in good standing.

This time he faces up to 10 years in prison, but even that is reprehensible since it means he will be living on U.S. taxpayers’ dime for the duration of his sentence.

Drastic is needed to fix our broken immigration system, but the real solutions are nothing like what liberals have in mind.

The difference between Charlottesville last year and D.C. this year
Next Post
Michael Moore goes on unhinged rant, claims ‘Trump will be president for life’