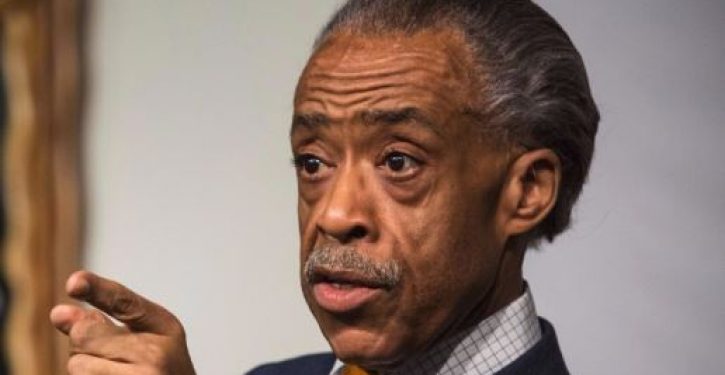 A Pinellas County (Fla.) Sheriff shredded Al Sharpton for trying to stir up racial tensions in his town, telling him to go back home and “mind your own business.”

Sharpton was on the scene in Clearwater, Fla., protesting the murder of Markeis McGlockton, who was fatally shot by a white man in a parking lot because, the man claims, he feared for his life.

The shooter, Michael Drejka, has a history of causing trouble with customers at the store where the incident took place. After McGlockton shoved him to the ground, Drejka drew his pistol and fired.

The shooting has raised new questions about Florida’s “Stand Your Ground” law and what constitutes a threatening situation.

5yo Markeis had to watch his dad, an unarmed black man, die after he was shot by a white man who failed to see him as a human; he saw Markeis as something unworthy of life.

Sharpton somehow managed to tie President Trump to the case, criticizing him for remaining silent on a matter that few people have the entire story on. “This is a real disgrace, that the President of the United States would come to Tampa and talk about voter ID and not one time mention Stand your Ground or what happened to Markeis McGlockton,” Sharpton fumed.

It was at this point that Gualtieri basically told Sharpton to shut up.

“It’s a bunch of rhetoric,” he said. “I don’t pay much attention to it, to tell you the truth. I wasn’t there, and I don’t really care what Al Sharpton has to say.” He then added, “Go back to New York; mind your own business.”

Sharpton, without missing a beat, claimed the sheriff’s comments were racist, insisting his words are like “those of sheriffs out of the 1960’s that called civil rights leaders invited by victims ‘outside agitators.’”

“The facts and the law matter,” he said of the leftist grandstanders. “Learn the facts and learn the law, and then you can opine.”

GOP candidate Ron DeSantis joined the Democratic candidates in saying he didn’t think the law was being applied properly in this case but backed off suggestions that ‘Stand Your Ground’ be repealed.

As for the McGlockton shooting, Sharpton believes the case “should not be tried in a parking lot of a convenience store. … It should be tried in a courtroom.”

He said this even as he stirs up protesters and attempts to have the case tried in the court of public opinion instead.

The community needs to be cautious. Sharpton has a history of inciting violence and ruining lives around cases he feels are rooted in racism.

In 1995, he started a rally at Freddie’s Fashion Mart in Harlem that led one protester to attack the store, shoot several customers, and start a fire that killed seven employees.

Then there’s the most egregious act of race-based crime in his history – backing Tawana Brawley in falsely accusing four white men, including a state trooper and an assistant district attorney in Dutchess County, N.Y., of rape.

If only the race-baiter had  been willing to “mind his own business” each of those times. 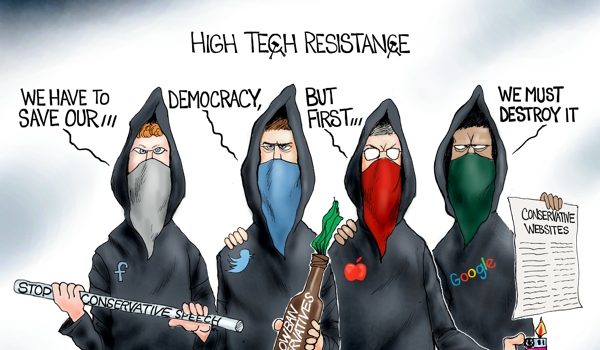 Cartoon of the Day: Tech got your tongue?
Next Post
Twitter plans ‘hate speech’ crackdown after employee backlash over decision not to ban Alex Jones