We start this reflection with a news segment from Monday morning involving Karl Rove.  In an interview with Fox News, Rove decried Trump’s attacks on “fake news media” as the “enemy of the people.”

Rove said, “Look I think this is over the top. Every president has a problem with the media. I was in the White House for seven years and I didn’t like the coverage they gave George W. Bush particularly the liberal “New York Times” but I think the president is better if he makes his case on a case-by-case basis. That is to say when they say something that is wrong and then he respectfully disagrees with them.”

As it happens, I wouldn’t pick a slogan like “enemy of the people” myself.  But I do have the sense to see that the remedy for the constant, all-out media assault on Trump is not Trump and his staff doing homework.

That’s not the world we live in now.  Trump didn’t make that world.  He’s trying to function as president in it.

If Trump “made his case” about media coverage “on a case-by-case basis,” he’d never get anything else done.  Not only that, he’d never catch up.

Besides the fact that most of what he’s dealing with is innuendo and undisprovable rumor-mongering, Trump would have already disappeared into the quicksand if he wasted his time taking issue case-by-case with media coverage.  There’s too often nothing substantive on which to base a dispute.  And when there is, Trump and his spokesmen are extremely unlikely to get a fair hearing for their points.

Trump is choosing instead to make the point he wants to make.  Would I make his point (about “fake news” and biased media) the same way? No.

But would I do what he does: reframe the debate to be about his point, and not the media’s?  You bet I would.  That’s what effective political communication is.  It’s not reacting to someone else’s accusations in the slam-dunkest way you can manage; it’s putting the communication exchange on your terms.  It’s avoiding being bogged down and cornered by the prejudicial terms used by your political opponents.

Note, however, what Trump doesn’t do and has made no move to do.  He doesn’t attempt to silence the media.  He has done nothing that bears the slightest resemblance to cutting off their megaphone, as it points at the public.

He won’t let them abuse it when it’s pointed at him.  Nor should he.  But he has made no effort to curtail their legitimate freedom to criticize him to the public, and depict him for political purposes in whatever way they want, accurate or deceitful.

Now we’re ready to talk about the apparently coordinated silencing of Alex Jones, proprietor of Infowars, on major social media sites on Monday, 6 August.  In rapid succession, Facebook, Apple, YouTube, and Spotify purged Jones from their platforms.  Not everything posted by Infowars, per se, was purged.  But Jones as a user was.

I carry no brief for Alex Jones or Infowars.  I find his conspiracy theories about false-flag operations paranoid and moronic.  I can certainly see why his (in my view unhinged) musings about Sandy Hook have hurt the feelings of surviving relatives, and I would not have those people endure any such thing, in a perfect world.

Nor is any privately-owned social media platform obliged to let Alex Jones have a user account, and employ it to convey his theories.

The issue is not what enforceable rights social media and Alex Jones have.  The issue is what this move tells us about the view of everyone’s rights held by the proprietors of the biggest social media platforms, and the left wing of politics from which they all, without exception, come.

That view is not one of judicious fairness about what other people must be allowed to disagree with them on, and still retain the basic privileges of personhood.  It is a view of one-sided unfairness, insisting that only certain sentiments can be uttered, and that persons who fail to comply can and should be ostracized completely.

This is how we can expect the political left to view the rights we have that are supposed to be enforceable.  A good example is our right to peaceable assembly, including rallies by people the left disagrees with, allowed to make their points unaccosted by Antifa thugs.  The radical left, and too much of the less-radical left, doesn’t actually think other points of view should be able to make themselves heard, without being harassed, shouted down, and if necessary, attacked with blunt objects, mace, and Molotov cocktails.

Much of the left – its most vocal element, at any rate – also thinks people who disagree with them should be unable to earn a living by starting a business or getting a job.  The progressive left – today’s defining “left” – largely sees it as perfectly valid to demand ritual affirmation of the left’s political agenda, as the price of participating in the economy.

The progress of “un-personing” as a form of political punishment has been remarkable over the last quarter century.  Seeing Alex Jones denounced and un-personed on social media is not a beginning but a culmination of the trend.

Canadian pundit Ezra Levant neatly completed the circle for this post earlier today, in a must-read Twitter thread about the de-platforming of Alex Jones.

1. One of the terrifying things about the Facebook & Apple bans of everything @RealAlexJones has ever said, is that it is not based on any particular allegation. They haven't identified a specific violation of their terms of service. They're just un-personing him. …2

The neatness of it is two-fold.  First, it emphasizes the idea of “un-personing” Jones, which in the case of social media means kicking him off the platform, and going on to erase all traces of him.  Don’t forget: that’s a major hit to Jones’ sources of revenue.  Stalin himself would be envious: imagine getting wealthy titans of tech to implement his methods without even having guns pointed at their heads.

But second, Levant’s thread gets directly at Karl Rove’s point about what Trump supposedly “should” be doing.  Levant points out that none of the social media sites made an effort to cite chapter and verse on how Jones had offended against their standards.  Instead, they used the vague language of emotion to justify kicking him off.  They made no case-by-case argument for why.

Without doing such homework, they coordinated and effected a mass purge of Alex Jones’ free expression within the space of a few hours.

These same media routinely and arbitrarily silence ordinary conservatives, Republicans, and political candidates on the same basis, sometimes for hours, sometimes much longer, and sometimes for good.  Again, that’s their right as private owners.

But as Levant and others illuminated on Monday, the mainstream media and their fellow leftist agitators, who can’t get government action to silence their political opponents, are getting the social media platforms to do it.

In a court of law, it can’t be done without homework. On social media, it can.

The leftists are making it plain, in Technicolor, that they have no intention of respecting the right of others to a fair hearing.  Sure, Alex Jones may be a “hate”-filled jackass.  (Although frankly, we are too apt to sling the word “hate” around for light and transient reasons.)

You don’t really want your social privileges as a human being to be dangled at risk by ever-changing definitions of “hate speech.” But that’s exactly what your fate will be, if you think it’s just fine to un-person Alex Jones.

And with this reality facing us, Karl Rove wants Trump, and others on the mainstream right, to keep doing homework on every instance of arbitrariness or inaccuracy, before registering their objections to being un-personed.

The un-personing brigades at social media don’t have to do homework; they get to ban persons wholesale, just as the news media get to frame, depict, and rewrite “persons” wholesale – as they do every day with the person of Donald Trump – with impunity, and without any requirement to turn in homework or show their work.

Trump’s media fight is against wholesale, arbitrary un-personing, done through the power of the media.  He calls it battling “fake news” – a convenient expression handed to him by the left-wing media themselves – and lambastes those who deal in it as the “enemy of the people.”

His voters understand the seriousness of the left’s determination to un-person their political opponents.  That determination covers a range of M.O.s, from outright un-personing, to resetting all arguments to the themes of “racism” or “transphobia” or “hate speech” in order to silence people, to calling for unity and compromise, but defining those happy priorities to mean framing every issue in the terms favored by the left.

This is not a political element that will be persuaded by homework.  It is already making real things happen precisely by refusing to do any.

Trump, in turn, refuses to live by those rules: i.e., the right does futile homework, the left gets people silenced and un-personed.

And the truth is – get this; it’s the most important part of this whole post – the spirit of wanting to un-person political opponents must be broken, if we are to move forward from the ugly cycle here.  There is no breaking it with homework.  His understanding of that overarching truth is the key to Trump.

If you think you’ve got a better strategy than Trump’s for breaking that vicious spirit, lay it on us.  His strategy is to attack the spirit itself directly, by framing it in the terms of “fake news” and calling those who act on its urges the “enemy of the people.”  (Rove’s strategy is to pretend it’s not there.)

My strategy would be different.  It would be to tweet up a storm (if I were @POTUS), relentlessly framing things as positively as possible, attacking few or none, but not giving them attention either.  It isn’t necessary to use attack words to make powerful points.  In fact, if your vision is for a future of reconciliation and basic ideas held in common, it’s usually better not to.

But I’m not @POTUS.  Trump got elected, because he sees clearly the most important meta-reality:  a reality that is already smacking down our brittle legacy conventions about political communication.

Karl Rove, God bless him, doesn’t see that those legacy conventions are inadequate to our current reality.  The one thing we know for sure – the thing Trump’s supporters are 100% right about – is that reacting to the media by dog-paddling behind an endless stream of homework is not what will work.

Revealed: Likely identity of former Feinstein staffer accused of being Chinese spy
Next Post
Virginia-based imam: ‘America will be a Muslim nation’ 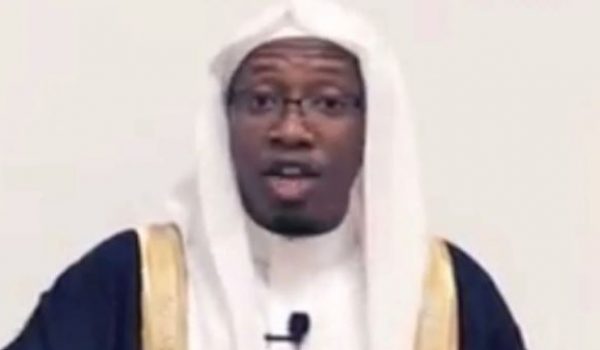