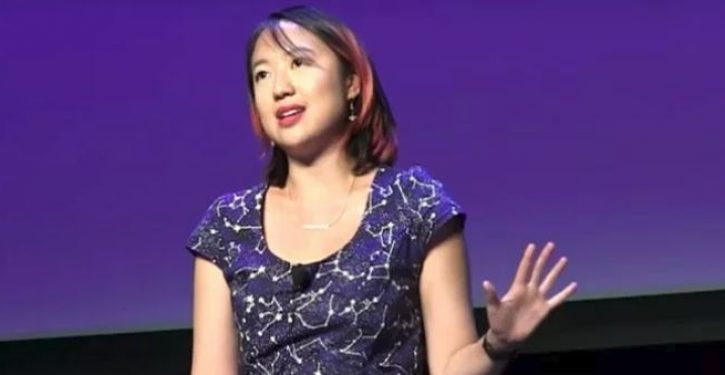 Sarah Jeong, who will officially join the New York Times editorial board in September, apparently knows which side of the racial-ethnic divide the Gray Lady is on. Jeong has a Twitter history defaming white people, and especially white men, that is as lengthy as it is profane.

The Times introduced it newest “voice” in its Press Run blog, writing:

What would it be like if we all deleted Facebook? What does the future of online privacy look like? Why can’t the tech industry diversify? Are monkeys allowed to sue over copyrights? And what in the world is #cockygate?

To answer questions like these, the editorial board will soon be turning to Sarah Jeong, who will join us in September as our lead writer on technology. Sarah will also collaborate with Susan Fowler Rigetti, our incoming tech op-ed editor, and Kara Swisher, our latest contributor on tech issues.

Sarah has guided readers through the digital world with verve and erudition, staying ahead of every turn on the vast beat that is the internet.

Here’s some of that verve and erudition that the Times was evidently fine with: 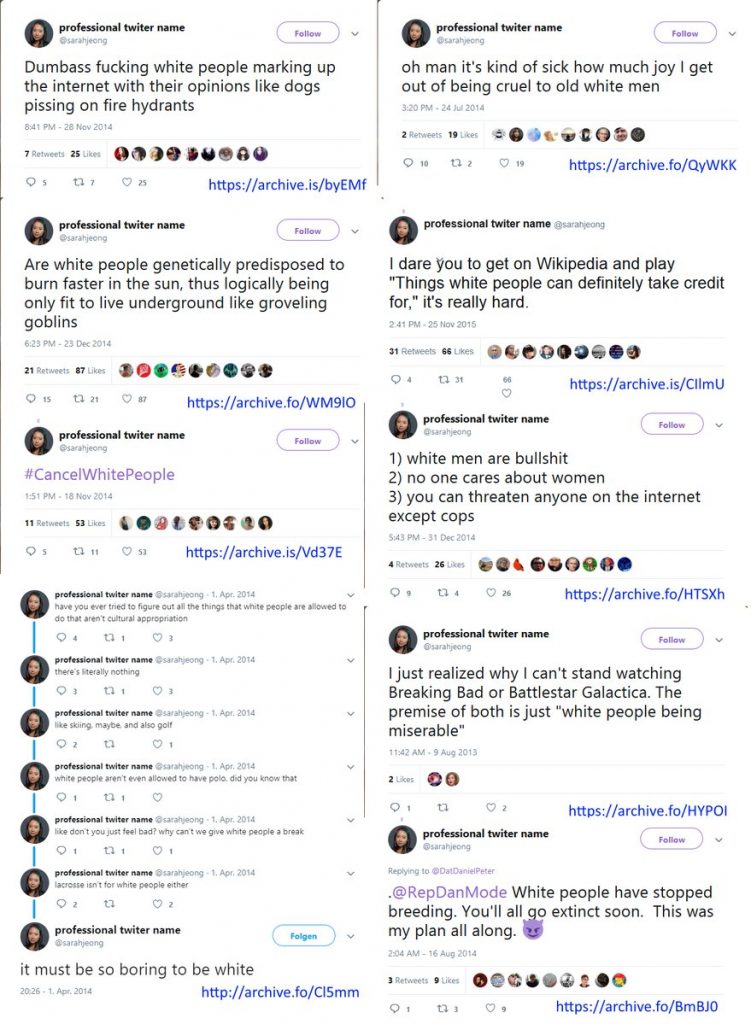 The tweets, which were posted from 2013 to 2015, are ancient by today’s standards, which may be why the paper of record was willing to overlook them. And, yes, I am excluding the possibility that the Times will claim in the next 24 hours or so that it is shocked — utterly shocked — to read its newest hire’s opinions of an entire race of people. To admit that a paper with the investigative firepower of the Times hasn’t vetted a job candidate would give it a blacker eye than hiring her has.

*UPDATE* The Times has reacted to all the criticism of Sarah Jeong. Here is its official statement. It’s frankly quite astonishing, though it does stake out the paper’s position in the debate over whether white people are evil incarnate. Sadly, this will likely have no impact on its white readers, most of whom are probably self-hating.

Our statement in response to criticism of the hiring of Sarah Jeong. pic.twitter.com/WryIgbaoqg

By the way, if I were a betting man, I would give odds that she will be gone within 24 hours. 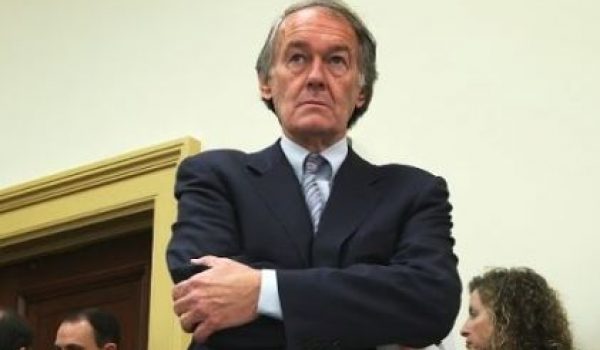