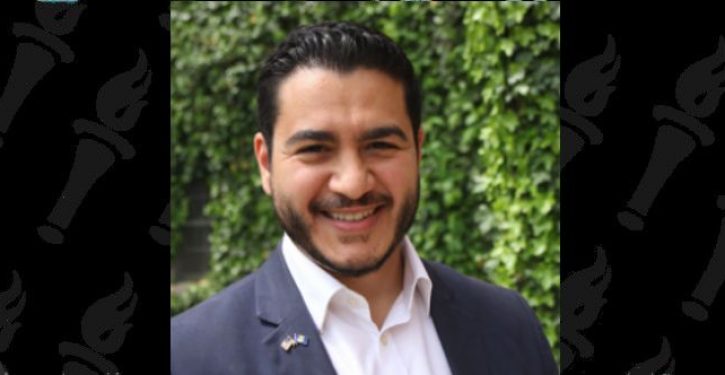 We’ve been down this road before. After it was revealed in 2007 that candidate Barack Obama had sat in the pews of a Chicago church overseen by a bigoted, black nationalist pastor, liberals and their media buddies circled the wagons.

Now we are being told again that there is “nothing to see” in the past of Michigan Democratic gubernatorial candidate Abdul El-Sayed that could give voters pause. According to HuffPost, allegations that El-Sayed is part of a “civilizational jihad” to take over America, initiated by Republican opponent Patrick Colbeck, are nothing more than a “racist” smear.

One potential skeleton unearthed by Colbeck is El-Sayed’s association with the Muslim Students Association (MSA), which has ties to the Muslim Brotherhood. While an undergraduate at the University of Michigan, El-Sayed was vice president of the campus chapter of the group.

HuffPost doesn’t deny this detail from El-Sayed’s bio but insists it is no big deal:

Although it is true that the Muslim immigrants who founded the first MSA chapter in 1963 were sympathetic to the Muslim Brotherhood, today’s MSA chapters are not associated with the group or its philosophy.

But a little digging reveals that the matter is not so open-and-shut. Another member of MSA, this time at MIT in the 1990s, is suspected al Qaeda member Aafia Siddiqui, who is now serving an 86-year sentence after being convicted on seven counts of attempted murder and assault of U.S. personnel. In her book “Wanted Women: Faith, Lies, and the War on Terror: The Lives of Ayaan Hirsi Ali and Aafia Siddiqui,” journalist Deborah Scroggins, writes:

[Siddiqui was likely] drawn into terrorism … through the contacts and friendships she made in the early 1990s working for MIT’s Muslim Students Association. Members of the Muslim Brotherhood, the world’s oldest and biggest Islamist movement, established the first MSAs in the country … and the movement’s ideology continued to influence the MSA long after that. At MIT, several of the MSA’s most active members followed the teachings of Abdullah Azzam, a Muslim Brother who was Osama bin Laden’s mentor. [Emphasis added]

An even more notable member of the MSA was Anwar al-Awlaki, who was president of the chapter of the group at Colorado State University around the same time as Siddiqui. Al-Awlaki, who is believed to have bought the 9/11 hijackers their plane tickets, was a major force in recruitment for the terrorist group up until 2011, when he was killed in a targeted U.S. airstrike.

But al-Awlaki was not the highest-ranking member of al Qaeda leader to preside over an MSA chapter. That distinction belongs to Wa’el Hamza Julaidan, who was a member of the chapter of the group at the University of Arizona. His antics are chronicled in the video that follows.

Muslim Brotherhood operative is running for Governor & Media is SILENT

The most distinguished MSA member of all, Abdul Rahman al-Amoudi, was national president of the organization during his formative years. During a televised interview in March 1997, Al-Amoudi praised Hamas deputy political leader Musa Abu Marzook, with whom he had worked, saying, “I really consider him to be from among the best people in the Islamic movement.” Al-Amoudi is also on record as having regretted that the 1998 U.S. embassy bombings in Africa didn’t kill any Americans.

In 2004, Al-Amoudi was sentenced to 23 years in prison on terrorism-related charges and stripped of his U.S. citizenship.

Returning to the main theme, Abdul El-Sayed may, as HuffPost and other liberal outlets maintain, turn out to be pure as the driven snow. But that can be determined only through a thorough examination of his past. To claim that today’s MSA chapters are not associated with the Muslim Brotherhood or its philosophy is to ignore the 800-pound gorilla in the room.

Set your DVRs: Netflix to offer film chronicling the life of Louis Farrakhan
Next Post
Cartoon of the Day: Under wraps 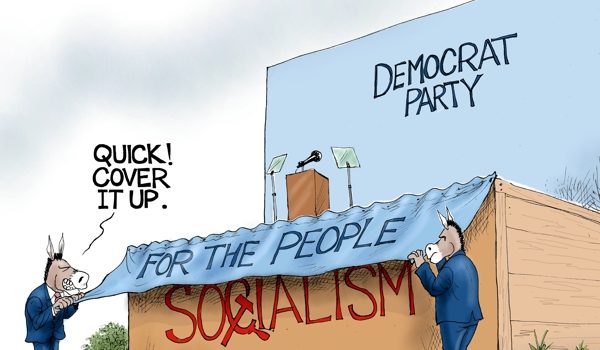