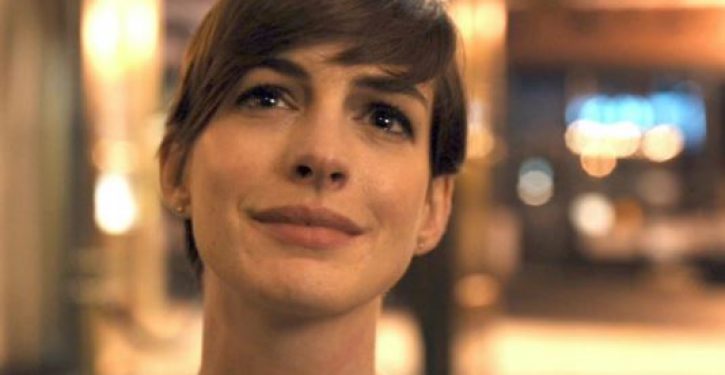 The use of all caps for selected words in the headline are preserved from the original, which is an Instagram post by actress Anne Hathaway. The post was a reaction to news of the stabbing death of Nia Wilson, a black woman, by John Cowell, a white man, in Oakland on July 22.

The murder of Nia Wilson- may she rest in the power and peace she was denied here- is unspeakable AND MUST NOT be met with silence. She is not a hash tag; she was a black woman and she was murdered in cold blood by a white man. White people- including me, including you- must take into the marrow of our privileged bones the truth that ALL black people fear for their lives DAILY in America and have done so for GENERATIONS. White people DO NOT have equivalence for this fear of violence. Given those givens, we must ask our (white)selves- how “decent” are we really? Not in our intent, but in our actions? In our lack of action? Peace and prayers and JUSTICE for Nia and the Wilson family xx

One might respond to Hathaway, who is also white, by asking how she knows that ALL black people fear for their lives DAILY in America. Did she confirm this by speaking to all 42 million of them? Even if there were hard evidence that black people live each day in constant fear of being murdered, where is the evidence that that fear is justified?

An article that appeared in U.S. News and World Report in September of 2016 notes:

[B]lack people who killed whites and whites who killed blacks – climbed to their highest levels last year since the election of President Barack Obama almost eight years ago.

It would seem from the FBI data cited in this article that white Americans have as much reason to fear for their lives at the hands of a black murderer as the other way around. More so if you draw your conclusions from the following chart from the article, which shows the number of murders by race for each of the years 2000 to 2015: 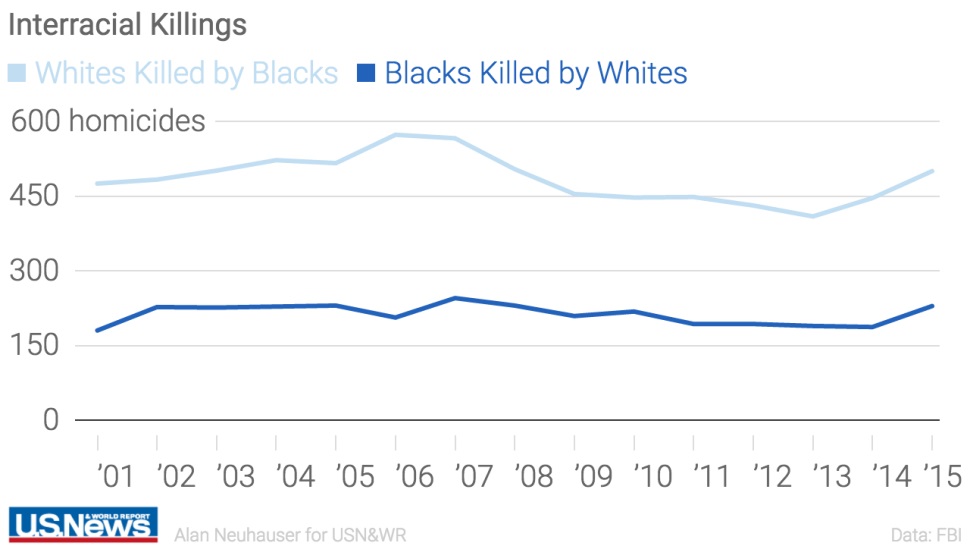 Despite this grim reality, Hathaway generalizes in her post that “white people DO NOT have equivalence for this fear of violence.” Maybe they should.

As though her reaction to an admitted tragedy weren’t already silly enough, it becomes sillier still when you factor in the circumstances of Wilson’s murder. As NewsBusters reports:

[John] Cowell was mentally ill. Cowell’s family released a statement this week stating that their son has been suffering from bi-polar & schizophrenia for most of his life and “has not had the proper treatment.” Assuring that “this is in no way an excuse,” the Cowells reached out the the Wilson family saying “our hearts go to them & are mourning for your family.”

This was a senseless crime, but it was not a wanton murder. There was no obvious racist intent to Cowell’s actions, and there is no need for Hathway to drag racism into her post.

Anne Hathway and her fellow Tinseltowners would do themselves immeasurable good by learning the facts and thinking before they go off half-cocked.