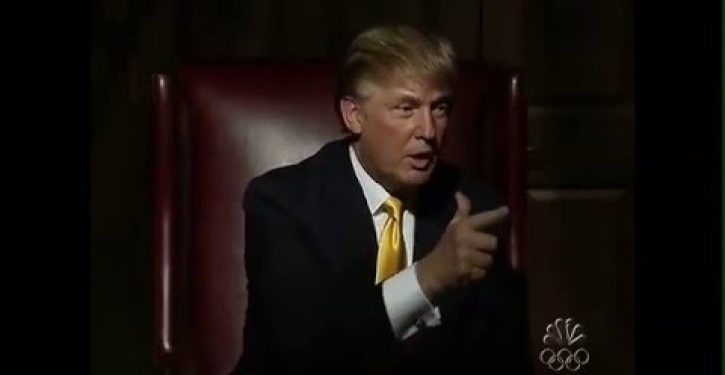 When the White House orders federal agencies to comply with a Supreme Court decision, that’s not a sign of dictatorship looming, but rather, a vindication of the rule of law. But left-leaning lawyers, bloggers, and officials are claiming otherwise. They are sounding the alarm over the Trump administration’s compliance with the Supreme Court’s recent decision in Lucia v. Securities and Exchange Commission.

That 7-to-2 decision was issued on June 21. It ruled that the Constitution’s Appointments Clause, which requires that federal officers be appointed by “Heads of Departments” or the President, means what it says — and that administrative law judges (ALJs), as “officers of the United States,” must be appointed either by the head of their agency (such as a cabinet secretary) or the President — not by other bureaucrats. The decision was authored by Justice Elena Kagan, a Democratic appointee, and was joined in by all of the Court’s GOP appointees, while the Court’s Democratic appointees were evenly split, with two in the majority, and two in dissent. It was not a right-wing ruling, and every knowledgeable lawyer expected it. It resolved a split among the lower courts, in favor of the majority view on the subject: the judges of the Tenth Circuit had ruled by a lopsided margin that administrative law judges must be appointed by an agency head, not other bureaucrats, while the judges of the D.C. Circuit had evenly divided on the question, with some arguing that administrative law judges have so little power that they constitute mere “employees” rather than “officers.”

But to hear former Obama administration officials tell it, Trump’s executive order telling agencies to comply with the ruling, and have cabinet secretaries appoint or ratify the appointment of their Department’s administrative law judges, is a sign of autocracy.

When Trump issued an executive order on July 10 telling federal agencies to comply with the Supreme Court ruling, and have only department heads pick administrative law judges, progressives rushed to condemn the order as a sign of fascism. The Democratic political operative Ronald Klain tweeted “IMPORTANT: Tonight, Trump issued an order replacing non-partisan, career Administrative Judges — with his own appointees. A HUGE POWER GRAB.”

In reality, Trump’s order only changes appointments going forward; cabinet secretaries had responded to the Supreme Court’s decision by ratifying the existing appointments of virtually all administrative law judges, rather than “replacing” them. Klain was Chief of Staff to both Joe Biden and Al Gore, and was Obama’s “Ebola Czar.”  Klain’s fearmongering tweet was then retweeted by 10,841 people as a sign of America’s incipient move towards dictatorship. It was retweeted by many former Obama administration officials (such as Obama’s Assistant Secretary for Special Education and Rehabilitative Services).

Klain’s fearmongering was echoed by left-leaning law professors. At the progressive American Constitution Society, a law professor accused Trump of “politicization of the administrative judiciary” for issuing the executive order telling cabinet secretaries to comply with the Supreme Court’s Lucia decision. He somehow managed to make this accusation, even while admitting that the prior bureaucratic system for picking administrative judges had been slow, inefficient, and harmful to the ability to hire experts, to the point where administrative-law experts said Trump’s executive order would improve the selection process for “the vast majority of all ALJs“:

Kent Barnett of the University of Georgia… has noted that there are some positive aspects of the [Executive Order]. For example, there have been longstanding, bipartisan complaints about OPM’s operation of the competitive process for deciding who can qualify to be an ALJ. It has created inordinate delays in appointing new ALJs and made virtually impossible the appointment of persons with subject matter expertise in the agency’s work. The EO’s change will address these problems. Paul Verkuil, a universally respected expert on the use of ALJs and former Chair of the Administrative Conference of the United States, points out that the EO has mostly positive effects for the SSA ALJs, who constitute the vast majority of all ALJs.

The system Trump is fixing was highly flawed. Some ALJs have been anything but impartial, consistently ruling in favor of the bureaucratic agency that picked them and against members of the public. A former Chief ALJ at the Agriculture Department, who was picked by other bureaucrats, had never once ruled against his agency in a quarter century of holding his position.

The head of the American Bar Association, a staunch progressive, called on Congress to “prohibit the use of funds” by federal agencies to comply with the Executive Order, even though that Order was necessary to comply with the Supreme Court’s ruling. She conceded that “There is no doubt that changes to the current selection and appointment process for ALJs are required by Lucia, but” said that “we believe that those changes should be instituted after there has been an opportunity for Congress and the public to engage in an open and deliberative process.”

But government officials are not permitted to delay compliance with a Supreme Court ruling until after a lengthy “opportunity” to engage with special interest groups in a “deliberative process.” They are expected to comply with the Supreme Court’s decisions immediately. That’s contrary to the bad legal advice given by the ABA leader. Delaying compliance would have led to every agency decision by an ALJ being subject to reversal due to an invalid appointment (which is what in fact happened in the Lucia decision itself, where the agency’s decision was vacated due to the invalid way its ALJ was selected).