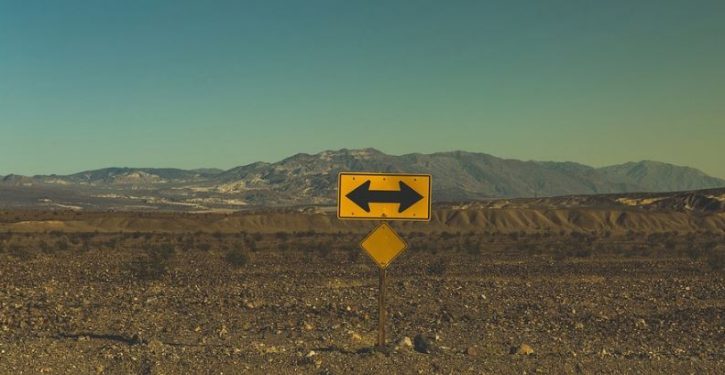 If you are looking for clues as to whether a midterm election “blue wave” will drown Republicans and deliver Democratic control of Congress, then look no further than a decades-old polling question formally called “Direction of Country.”

Informally, this traditional political indicator is often referred to as “Right Direction/Wrong Track” (RD/WT). The question asked is if one thinks the country is heading in the “right direction” or on the “wrong track.” The results averaged from several polls, are displayed daily on Real Clear Politics.

Glancing at today’s RD/WT data leads me to a midterm prediction of “calm water” instead of that much ballyhooed “blue wave.” This prediction is based on the fact that since President Trump took office, RD/WT numbers have significantly improved compared to President Obama’s numbers at this point in his first term. Proving once again that, “It’s the economy, stupid” is more than just an old cliché.

However, before we discuss specific RD/WT data between the two presidents, it is important to note that since the RD/WT question was first asked in the 1970s, the overwhelming majority of American voters have believed that the country is on the wrong track, with only a handful of exceptions. (Scroll down through the Real Clear Politics RD/WT polling data and see for yourself.)

Therefore, it is through this historical lens that one must view the RD/WT numbers since Trump took office. As a baseline, let’s start with Obama and Trump’s RD/WT scores upon inauguration. (The data shown is from the Real Clear Politics RD/WT poll averages in percentage, using the poll date closest to the event.)

Are you surprised to learn that at the onset of Obama’s presidency the nation was more pessimistic about the direction of the country than when Trump took office? Of course with the “slobbering love affair” with the media widely enjoyed by President Obama, that 69.7% “wrong track” number was an inconvenient fact contrary to the prevailing narrative that the “Messiah” now occupied the White House — and the number was buried.

The next set of Obama-Trump RD/WT comparative data points pertain to the upcoming midterm election. To refresh your memory, the results of President Obama’s first midterm on Nov. 2, 2010, were a personal repudiation and a historic political disaster for Democrats with the Republican Party gaining 63 seats in the House of Representatives. Not only did the GOP win back control of the House, but it was the largest seat gain since 1948 and the largest for any midterm election since 1938. Let’s look at the numbers.

Amazingly, despite the non-stop negative media coverage of President Trump, voters think the country is heading in the right direction by 8.7 percentage points more than when Obama was president during this same pre-midterm period. Will 8.7 points of increased national optimism be enough to help Republicans keep the House and the Senate despite Trump’s 42.8% job approval and 53.6 disapproval rating? Quite possibly, but only if RD/WT numbers are still strong at the end of October.

As a reference point, here are Obama’s scores before he got “shellacked” in the 2010 midterm. (His own famous description of what happened.)

When one considers Obama’s disastrous midterm results with his job approval not too bad, does that mean RD/WT numbers could be more important than job approval? If so, that could be a positive sign for Trump and the GOP in November.

Now, let’s examine RD/WT scores and job approval rating the last time a Republican president lost the House and the Senate during a midterm election.

Today, with Trump’s RD at 38.9 and WT at 53.6, his numbers are stronger than both Obama and Bush’s “Direction of Country” scores before their respective parties lost the House in the midterm elections.

Thus, with Trump virtually at the top of the ballot reigning over a robust economy and voters feeling more optimistic about the direction of the country, the likelihood increases that come November, the GOP will tread water in the Potomac instead of drowning in a “blue wave.” 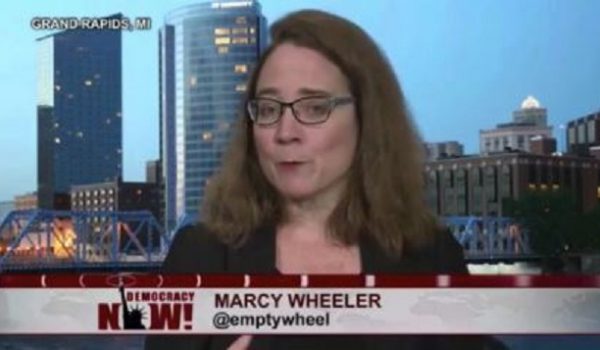