In case you thought House Democrats couldn’t get more ridiculous than applauding FBI agent Peter Strzok for one particularly pathetic attempt to excuse his treacherous actions before the House Judiciary Committee on Thursday, Rep. Steve Cohen (D-Tenn.) insulted wounded warriors when he told embattled FBI agent Peter Strzok that he should get a Purple Heart for facing tough questioning from Republicans.

“If I could give you a Purple Heart, I would,” Cohen said, addressing Strzok. “This has been an attack on you and a way to attack Mr. Mueller and the investigation that is to get at Russian collusion involved in our election.”

For those not familiar with it, the Purple Heart is an award given to those wounded or killed while serving in combat with the U.S. military.

Cohen concluded his five-minute monologue with a flourish, saying “the Russians are loving [this hearing], because this is what they want. This is what they want. You’d think it was Benghazi. It was a never-ending television show from Congress that got nowhere except trying to influence the people that watch Fox News, and that’s what this is about … This is nothing but a ruse to try to get to the Mueller investigation and make people think it’s baseless, that it’s biased …

“Just as Jack Nicholson said in the movie ‘A Few Good Men,’ ‘You can’t handle the truth.’ And the truth is, this is the most corrupt administration ever, and it’s going to be exposed by Robert Mueller, thank God.”

Cohen’s comment didn’t sit very well with many who heard it:

Democrats seem more interested in running interference for Strzok than in getting the truth about his conduct. One Democrat member even suggested that Strzok deserves a Purple Heart. How absurd!

Unfortunately, absurd is the standard modus operandi of the modern Democratic Party.

Steve Cohen just offered to give Peter Strzok–who was removed from the Mueller probe for his misconduct and criticized directly by Obama's Inspector General–a "purple heart."

How dare this squealing sycophant pig #Cohen denigrate the integrity of the Purple Heart? To what depths will #Democrats sink to protect their fellow swamp denizens?

Steve Cohen (D-TN) is an absolute disgrace. He stated earlier that he wished he could give Peter Strzok a Purple Heart.

The Purple Heart award is not given out like holiday candy. It’s an award designated to America’s wounded or fallen heroes. Strzok is no hero.

Rep Steve Cohen is a disgrace. Saying he would give #PeterStrzok a purple heart of he could. This is an insult to men and women, including my father who earned a purple heart by being wounded in WAR.

Despite overwhelming evidence indicating a clear anti-Trump bias, Strzok maintains he had no bias, even though he told his paramour, Lisa Page, that “we” would “stop” Trump from becoming president.

“Let me be clear, unequivocally and under oath: Not once in my 26 years of defending our nation did my personal opinions impact any official action I took,” Strzok claimed.

Cohen, the Daily Caller reported, also falsely claimed that the hearing was simply a way to entertain Fox News viewers.

“It was a never ending television show from Congress that got nowhere except trying to influence the people that watch Fox News,” he said. “That’s what this is about and this is unfortunate and as they say, you can put lipstick on a pig but this is nothing but a ruse to try to get to the Mueller investigation to make people think that its baseless.” 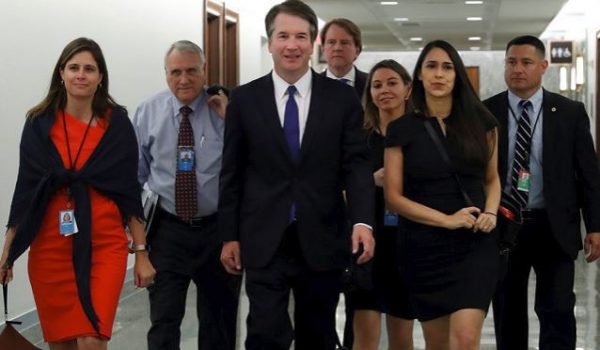