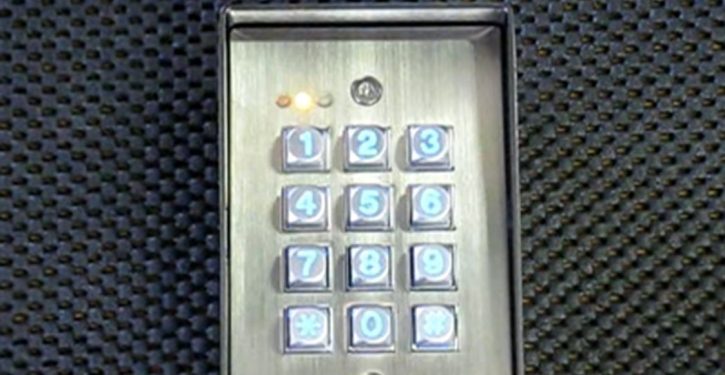 In Paul Manafort’s trial in the Eastern District of Virginia, his lawyers filed a request on Friday for a hearing on the April 2017 meeting between the FBI and Associated Press reporters, in which the Manafort team thinks there may have been an inappropriate exchange of information.

Josh Gerstein wrote it up on 8 July for Politico.  As discussed previously, the real significance of the 11 April 2017 meeting appears to be that AP reporters effectively provided the FBI with quite a bit of information about Manafort, by “asking questions” about the information.  The first testimony in the Manafort trial was from Special Agent Jeff Pfeiffer, who was present at the meeting and wrote up an internal memo on it afterward.  That memo, among other documents, was made available to the Manafort defense, apparently in disclosure, and just as Pfeiffer was testifying in court the week before last.

Another Special Agent, Karen Greenaway, also wrote a memo on the meeting.  Both memos are cited in the Manafort defense’s request for a hearing on their concerns about the meeting.

DOJ official Andrew Weissman arranged the meeting – reportedly going around official channels to do it, to the FBI hierarchy’s chagrin – and was present at it.  The meeting was held at DOJ headquarters.

The memos summarize a number of points raised by the AP reporters as “questions” to the FBI agents.  The standout nugget from the memos is this one: both of the FBI agents record that the AP reporters gave them a security code for the storage facility at which the reporters said a trove of documents on Manafort’s dealings in Ukraine was stored.

Recall what AP spokeswoman Lauren Easton said about this meeting prior to Josh Gerstein’s last report on it.

“Associated Press journalists met with representatives from the Department of Justice in an effort to get information on stories they were reporting, as reporters do,” AP spokeswoman Lauren Easton said in a statement. “During the course of the meeting, they asked DOJ representatives about a storage locker belonging to Paul Manafort, without sharing its name or location.”

And indeed, the memos indicate that the AP reporters did not share the name or exact location of the storage facility.  Here, however, is what they did share.  From the Greenaway memo:

From the Pfeiffer memo:

Gerstein notes that the memos seem to differ as to whether the code is for the Manafort unit itself, or for the access gate.  I commend him for noticing this detail.  (The number of digits is one different in the two memos, but in either case, the code appears to be for an electronic access device, rather than being the sequence for a combination lock.)

Either way, it takes a whole heap of special pleading, and a mighty credulous mind, to buy any fatuous suggestion that the FBI was not being baited within an inch of its life to go take a look inside that storage locker.

According to Gerstein, the AP did not respond to questions on this latest piece of information.

An AP spokeswoman did not respond to requests for comment on the FBI reports, but said last month that the organization’s goal in the meeting was to gather news.

Gerstein did find a journalism professor to give a few lines of quote on how reporters and agency officials can remember interviews differently.  It’s not clear what, exactly, that explains about AP reporters citing a string of numbers related to a storage locker for which the reporters had the approximate time period of Paul Manafort’s last visit, and the name of the organization that was paying the bills.

As outlined in my 1 July post (link above), Agent Pfeiffer testified in the Manafort trial that he couldn’t remember if he was cued to the storage locker by the AP reporters or not.

That matters as an issue of trial evidence.  But what matters to those trying to reconstruct the origins of the Russiagate drama is simply that on 11 April 2017, the AP reporters “asked about” all the things itemized in the FBI memos.  Including something as ridiculously specific as a security access code.  (What did they “ask” about the access code, one wonders?)

This was, again, in April 2017.  Taking nothing away from the forensic and investigative skills of the AP reporters, the sum total of what they shoveled at the FBI looks more like the work product of a private investigative service – and indeed, a well-funded one – than like what reporters tend to unearth on their own.

AP had to decide what to do with this information – not just the storage locker information, but the “black ledger,” the activities in Cyprus, the dodgy investments seemingly for money-laundering, the names of oligarchs and shell companies.  But the quality and extreme specificity of some of it continue to point back to two likely sources.

Fusion GPS was under contract through at least late March 2017 to “continue exposing Russian interference in the 2016 election.”  Its services were being retained by Daniel Jones, former Dianne Feinstein staffer, who had formed the Penn Quarter Group with $50 million from “7 to 10” donors to keep the “oppo research” going.  A PI service hired by Fusion would be an especially likely source of the storage locker information.

We know from Fusion GPS founder Glenn Simpson, and the numerous reported media contacts of Christopher Steele, that they spent the summer and fall of 2016 shopping the particulars of the dossier narrative to both the media and the DOJ and FBI.  We can assume Fusion GPS would continue planting information with the media for as long as it was (or is) under contract to keep the Russiagate narrative going.

The second likely source is Democratic operative Alexandra Chalupa, also mentioned in my 1 July post.  Chalupa, the daughter of Ukrainian immigrants, spoke in January 2017 of her “network of sources in Kiev and Washington, including investigative journalists, government officials and private intelligence operatives.”  At the time, she was explicitly admitting to using the network to gather information about Paul Manafort.

This network may not produce security codes for storage facilities in Alexandria, but it would be a primo source of “black ledgers” from Ukraine, and other types of information about Ukraine-implicated financial dealings in Cyprus and through possible money-laundering front companies.

As an exit brain teaser, look at this passage from the Greenaway memo:

Consider the “advice” from Andrew Weissman, who arranged the meeting, to the AP reporters:

Andrew Weissman suggested they ask the Cypriots if they had provided everything to which they had access or if they only provided what they were legally required to provide.

Did Weissman really need the FBI agents there, to proffer that advice to the intrepid AP squad?

Or was the target of the implication embedded in his “advice” not really the AP reporters at all?

And if a seed of doubt needed to be planted about whether the U.S. Treasury’s information from Cyprus was sufficient – why do it in such a roundabout way? Why would the Chief of the DOJ Fraud Section not just tell the FBI agents straightforwardly, as departmental business, that Cyprus may not have told Treasury everything, and they should be digging for more?

What is going on at the DOJ and FBI?