When Donald Trump recently proposed sending illegals apprehended at the border back where they came from with no trial, Democrats and their media enablers cried “Foul.” Every major news outlet, from the New York Times to the Washington Post, published a primer on due process and why Americans should be up in arms (figuratively speaking!) over the president’s remarks.

What Trump was suggesting was nothing new. In February of 2017, his own Department of Homeland Security issued new guidelines that allowed immigration authorities to broaden the class of illegal border crossers who were subject to expedited deportation proceedings.

But even if Trump’s recommendation were sui generis, the law is on his side. As Matt O’Brien, a former chief of the national security division at the U.S. Citizenship and Immigration Services (CIS), writes at PoliZette, “Illegal aliens are entitled to considerably less immigration due process than their advocates would have us believe.”

He goes on to cite case after case in which the U.S. Supreme Court ruled against the claim of “affirmative rights” by illegals and their advocates, while re-affirming the unquestioned authority of the federal government and its agents to decide who gets to stay and who doesn’t. In one of the cases, Ekiu v. United States, the high court ruled:

It is an accepted maxim of international law that every sovereign nation has the power, as inherent in sovereignty and essential to self-preservation, to forbid the entrance of foreigners within its dominions or to admit them only in such cases and upon such conditions as it may see fit to prescribe.

Another of the decisions, Knauff v. Shaughnessy, was even definitive about the enumeration of powers among the several branches of government, specifying:

Whatever the rule may be concerning deportation of persons who have gained entry into the United States, it is not within the province of any court, unless expressly authorized by law, to review the determination of the political branch of the government to exclude a given alien.

O’Brien sums the argument up thus:

That foreign nationals outside our borders are not owed any due process whatsoever. The United States may exclude them at will. It also means that illegal aliens apprehended within the United States are entitled only to such due process as Congress accords them. 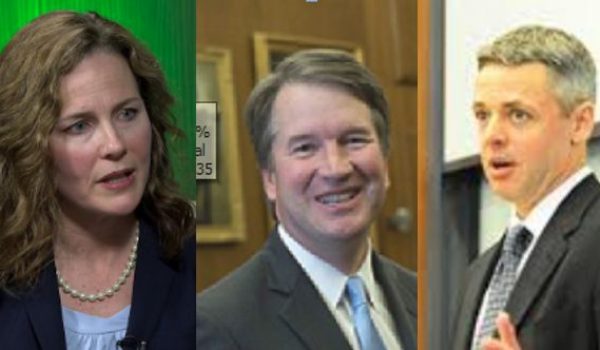