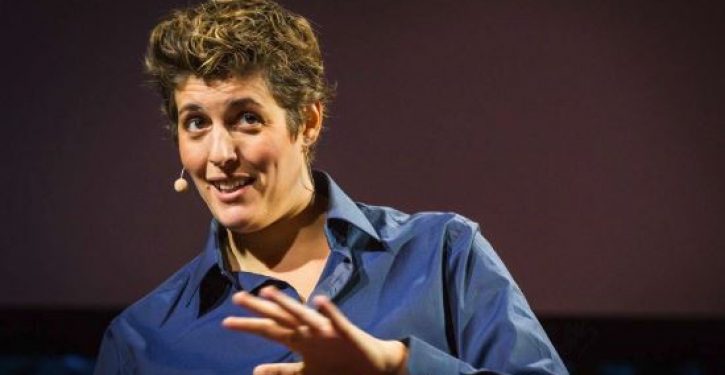 It’s fun every now and then to stop and look back and see how accurate predictions made members of the punditocracy turned out to be. A tweet containing one such prediction by far-left commentator Sally Kohn seems to be making the rounds once again on social media.

The prediction was made on Election night 2016. Kohn didn’t hazard a guess at who would win, but she did forecast what she saw as an “important difference” in the way supporters of the major party candidates would react in the event their candidate lost. Liberals like her would of course behave maturely, taking the high road, while conservatives would … well — you know how conservatives are. They’re an agglomeration of ignorant, gun-toting Bible thumpers who think with their spleens, not their brains. 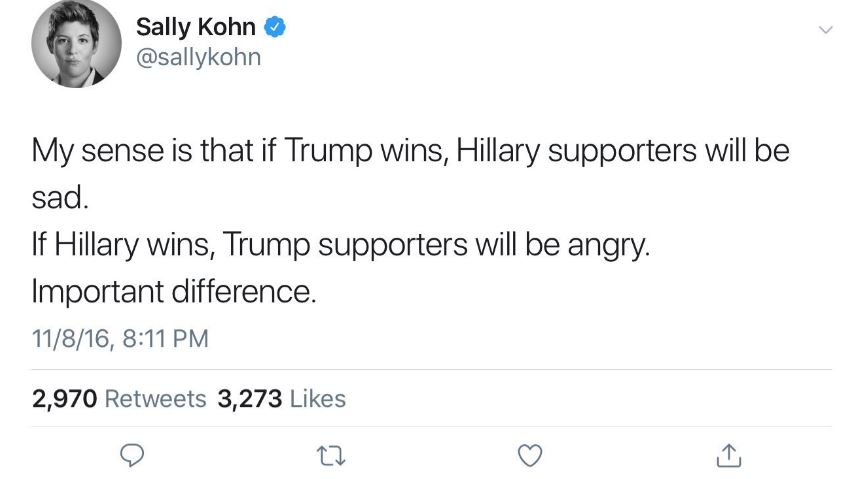 We never got a chance to see how the “deplorables” would behave because their guy won. We have, however, had mulitple vivid examples of Hillary supporters’ controlled “sadness.”

Here is the scene at a Florida movie theater where Republican Attorney General Pam Bondi was viewing a screening of a Mister Rogers documentary before a mob of protesters drove her out:

Pam Bondi attempted to attend a screening of the Mister Rogers documentary a day after announcing her plan to end protections for health care consumers with pre-existing conditions. Here, via @timintampa, is what happened. pic.twitter.com/zMLrSayS8M

Earlier in the week, another noisy flash mob descended on a Mexican restaurant in D.C. where Homeland Security Kirstjen Nielsen had the audacity to dine. The next morning demonstrators harassed the secretary again, this time outside the Alexandria, Va., townhouse where she lives.

When asked about the protests, the manager of the restaurant said he was “happy about what happened.”

The president himself has been verbally assailed by a host of celebrities, including Robert De Niro who dropped an f-bomb Donald Trump’s direction at an awards ceremony and threatened previously to punch the president in the face. De Niro received a standing ovation for his four-letter greeting.

You might wonder amid all this ugliness whatever happened to the Left’s claims of civility. That question is answered in a tweet by the New Republic’s Jeet Heer:

We're really having a debate on whether we have to be civil to people who tear babies & children away from their parents, leading to incalculable trauma? Fuck civility.

Mueller’s fruit of the poisonous tree
Next Post
As critics assail Trump, his supporters dig in deeper 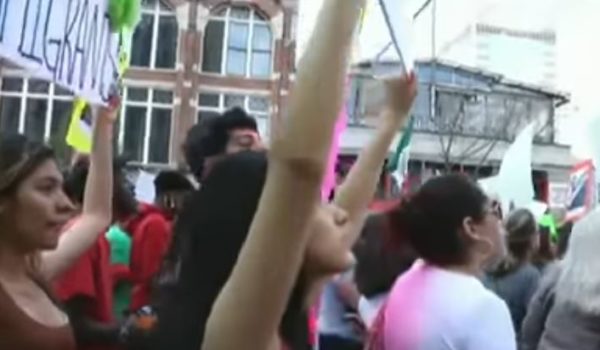