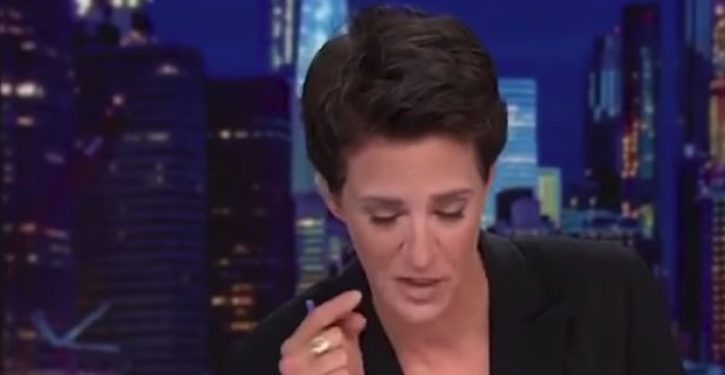 The envelope, please. And the award for the least-convincing crocodile tears shed by a liberal since Barack Obama turned on the phony waterworks during a speech on gun violence goes to MSNBC’s Rachel Maddow, who feigned “losing it” on-air late Tuesday. The pretend tears came when the ordinarily smug Maddow was reading an Associated Press dispatch about babies and toddlers being separated from their parents and sent to “tender age” shelters on the southern U.S. border.

Maybe Maddow would have been comforted to know that not all apprehended illegal minors are separated from their parents — some arrive in the company of drug smugglers and human traffickers posing as parents. Then again Maddow almost certainly knows that, but owning up to it would run counter to her preferred narrative.

She later composed herself enough to tweet out an apology for her lack of professionalism:

If nothing else, it is my job to actually be able to speak while I'm on TV.

What I was trying to do — when I suddenly couldn't say/do anything — was read this lede:

The AP story Maddow couldn’t read, which is here, has emblazoned across its top a photograph of a Latin-looking child who is herself weeping and into whose hand someone has conveniently jammed a microphone so she can tell her own sob story.

Forgive my cynicism here, but the Left has gone to Herculean efforts to play up the cruelty of what is admittedly a deplorable situation. They continue to milk the humanitarian angle for all its worth even now that Donald Trump has punted on the issue of family separations.

The real question for Maddow and her ilk is how they avoided breaking down on-air while reporting on similar atrocities committed by the Obama administration, which kept illegal minors in stir for months at a time, placing them, moreover, with sex and human traffickers. The answer, of course, is that Maddow and her ilk never reported these atrocities. 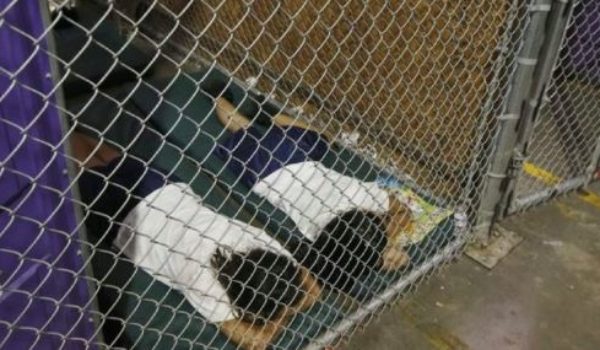