Amid the din over the Trump administration’s “zero policy” law concerning the disposition of children illegally caught crossing the southern border with one or more adults, the realities confronting such “families” are often overlooked.

It is therefore worth repeating in step-by-step fashion the ways in which the law (which predates Trump) works and ways in which it doesn’t.

First the why. As the New York Times notes, last month the administration was faced with a sharp uptick in illegal border crossings. This is not unprecedented, as the Times also acknowledges. Barack Obama faced a similar situation. How he responded is evident in the findings of report by the Center for Immigration Studies. Using Census Bureau data, analysts determined that 790,000 aliens joined the illegal population from the middle of 2013 to May of 2015. That brings the total of illegals who entered the U.S. during Obama’s term in office up to 2.5 million.

Trump decided to take a more aggressive approach to the problem by criminally prosecuting anyone who crosses the border unlawfully. This applies to all adults irrespective of whether they are traveling with children.

If an adult accompanied by a child is apprehended at or near the border by federal agents, the adult is detained by federal marshals for violating U.S. immigration laws. The child is placed in a detention center overseen by the Department of Homeland Security. This is no different in practice from what happens to the child of a legal resident of the U.S. who is arrested on suspicion of a crime. The child is placed by child protective services in the home of a relative, if one exists, or otherwise in foster care.

In either case, this is a temporary situation. In the case of the illegal alien, he and the child are reunited promptly provided he agrees to be deported back to his country of origin.

If he refuses or requests asylum, as many illegal border crossers are now doing regardless of conditions in the country they left, the case is referred to an immigration judge for a hearing. Generally, this occurs in a matter of weeks, but in the meantime the child remains in the custody of HHS. (It is also worth noting that adults with children who request asylum at a port of entry are permitted to remain together pending adjudication of their asylum claim.)

Although it is not strictly part of the debate over the handling of children who arrive at the border with an adult claiming to be parent (not always the case), the cost to the U.S. of illegal immigration also needs to be weighed in the balance.

According to a report by the Federation for American Immigration Reform (FAIR), taxpayers currently “shell out approximately $134.9 billion to cover the costs incurred by the presence of more than 12.5 million illegal aliens, and about 4.2 million citizen children of illegal aliens. That amounts to a tax burden of approximately $8,075 per illegal alien family member and a total of $115,894,597,664.”

Liberals are quick to counter that some illegal aliens pay tax — which indeed they do. Taxes paid by illegals to offset the $134.9 billion totals $18.9 billion. American taxpayers are still left holding the bag to the tune of $116. 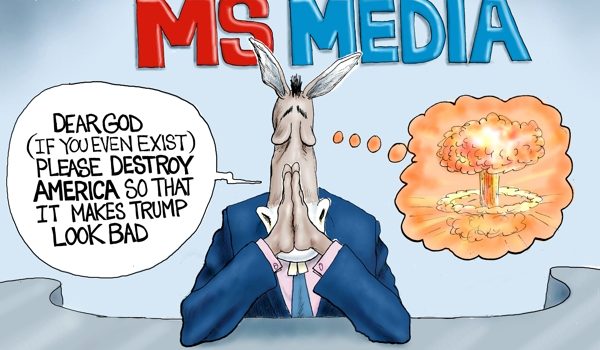