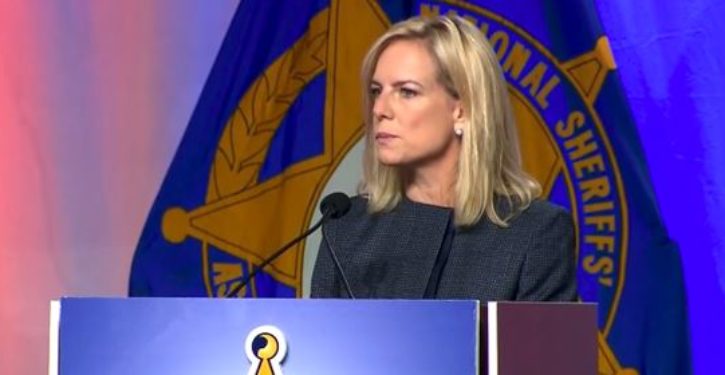 In case you missed the symbolism, it goes something like this. Women enforces law mandating that “family units” sneaking across the border be investigated. Woman dines at a Mexican restaurant. Self-appointed vigilantes descend on restaurant to harass her.

According to USA Today:

Members of the D.C. chapter of the Democratic Socialists of America entered MXDC Cocina Mexicana, a glitzy restaurant near the White House, to confront [Homeland Security Secretary Kirstjen] Nielsen as her department faces scrutiny over a policy that has resulted in some children being separated from their parents at the U.S-Mexico border.

“How can you enjoy a Mexican dinner as you’re deporting and imprisoning tens of thousands of people who come here seeking asylum in the United States?” protester Jesse Rabinowitz shouts in a video posted on Facebook appearing to show the incident. “We call on you to end family separation and abolish (U.S. Immigration and Customs Enforcement).”

The group also chanted, “abolish ICE, “no borders, no walls, sanctuary for all,” “shame on you,” and “end Texas concentration camps.”

The heckling, which eventually brought the police, was effective. It became so uncomfortable for Nielsen and her dinner companion left the table before finishing their meal. Liberals were delighted:

As for the protesters, the group later said in a Facebook statement:

We will not stand by and let Secretary Nielsen dine in peace, while she is directing her employees to tear little girls away from their mothers and crying boys away from their fathers at our border. Secretary Nielsen and everyone else who has carried out these brutal and cold-blooded orders to rip apart families should never be allowed to eat and drink in public again. These barbarous acts must end and those at the helm must be held accountable. While Secretary Nielsen’s dinner may have been ruined, it is nothing compared to the horrors she has inflicted on innocent families.

Feminist Jessica Valenti applauded the protest but was confronted for doing so:

Some of the administration’s critics were even more over-the-top in their condemnation of Nielsen. Aging actor-turned activist Peter Fonda tweeted:

This prompted Michelle Malkin to fire back:

And ANOTHER liberal incitement to violence against a female public servant…noted. https://t.co/4i9Xq3ewzB 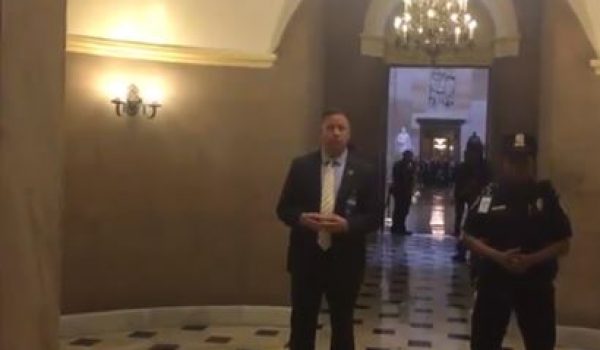 Heckler shouts ‘F*ck you’ at President Trump, Left is pleased
Next Post
Worth repeating: There ARE ways ‘family units’ sneaking across the border can avoid separation