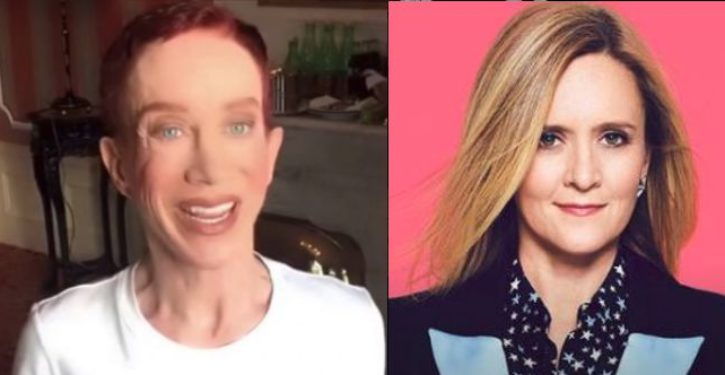 Kathy Griffin’s fall is now complete. The disgraced entertainer who sabotaged her own career by posing for a photo with a bloody effigy of Donald Trump’s severed head has now committed the even more unforgivable shown biz sin of stealing material from a fellow would-be comedian.

When First Lady Melania Trump’s office released a statement Sunday acknowledging that “Mrs. Trump hates to see children separated from their families & hopes both sides of the aisle can finally come together to achieve successful immigration reform,” Griffin saw this as an opportunity to win back the favor of her former fans by tweeting out something suitably crude. Unfortunately for her, the language she chose was dangerously close to Samantha Bee’s ugly four-letter attack on the president’s daughter, Ivanka. Griffin (who to add insult to self-inflicted injury managed to get the first lady’s name wrong) tweeted:

Fuck you, Melanie. You know damn well your husband can end this immediately…you feckless complicit piece of shit. https://t.co/5NsoFgMuLr

Bee had also used the adjective feckless, pairing it with a different obscenity.

Apart from Griffin’s coming off as a copy-cat, the woman she chose to emulate came close close to seeing her show canceled after her insult aired. In addition, Bee was forced to deliver a public apology, and the entire episode of her TBS series “Full Frontal” was scrubbed from the network’s website and lineup of reruns.

Earlier this month, in a desperate plea for attention, Griffin accused the Trump administration of placing her on a “kill list.” If she really believed that the president was out to eliminate her, why would she tempt fate by taking such a profane at his wife? 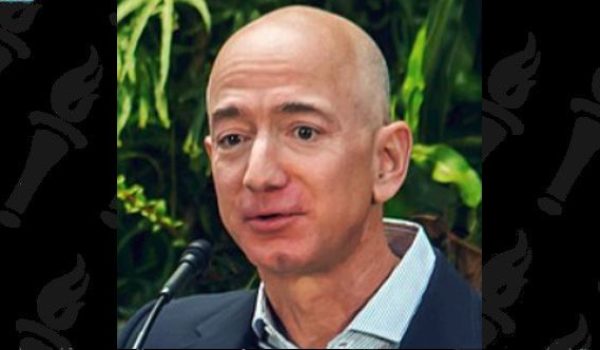