A sort of corporate insanity has erupted in the last few days over the (highly undesirable) separation of some minor children from their parents when illegal migrants are detained at the U.S. border.

The topic obviously must awaken strong emotions.  But it need not be brokered and debated through the use of lies and shameless hyperbole.

It is not unconscionable in any way to point out that what’s been happening since at least 2013 bears no resemblance to the gas chambers at Auschwitz or the Nazis’ grotesque “justification” for the Holocaust.

Any more than it is mere cynicism, or political opportunism, to call out parent-child separation as a grave policy concern.

Here, however, is what is mere cynicism: using false (indeed, dementedly hysterical) analogies to castigate people who want secure borders and the rule of law as genocidal “Nazis,” while conveniently ignoring that the Trump administration has done nothing that was not done by the Obama administration, when it comes to separating children from their parents, housing minor children in detention facilities, and reporting poor success in knowing where those children are after they’ve been released into custodial care inside the United States.

This is a policy issue and it can be addressed

Up front, the top three things the U.S. needs to do to alleviate the child-separation problem (which is different from the unaccompanied-minor problem) are: (1) make more family detention facilities available for as long as it takes to (2) review immigration and border security law honestly, and without the intention to leave the borders unpoliced and simply allow migrants to flow across them for the convenience of businesses and political factions; and then align our laws with a set of agreed purposes (which in my view should accommodate increased legal immigration, although the level would be a matter of compromise); plus (3) revive security cooperation programs with Central American governments – gutted by Obama, for reasons never clear – that target the social devastation of cartel crime in the region.

In spite of its egregious falsity, an army of social media users, new media publishers, and even mainstream media outlets has been pushing the theme that the Trump administration is brutally and uniquely targeting migrant families.

Sober summaries have been published elsewhere analyzing how we got here, and I commend them to you.

What is equally important is to de-fang the theme – manufactured impressionistically – that something material has changed alarmingly in the administration of immigration and border security law under Trump.

Some changes have been made, but those changes haven’t created an unprecedented child-separation problem (see links in this post).  You just never heard as much about the child-separation and unaccompanied-minor problems during the Obama administration.  That’s partly because the media criticized Obama much less, and partly because the media approved of Obama’s eventual method of skirting the family separation problem: simply releasing thousands of migrant children with a parent or parents into the U.S. population, with no realistic means of keeping track of them.

The difference between the Obama and Trump administrations lies not so much in the quality of concern people of goodwill might have about policy, as in the media treatment of the topic.  In the 2015 and 2016 coverage cited here, the tone is measured and sensible.  Yet the topic was that of migrant minors being detained for months apart from parents, and children being essentially lost track of, with U.S. authorities not knowing what was being done to them by the people they had been turned over to.

Why didn’t you hear about it?  Ask your local newspapers and network affiliates.

Here are the examples unearthed in just the last couple of days.  In 2015, the Washington Post reported that child migrants – most unaccompanied minors, some separated from parents due to lack of family detention housing – were being held for an average of 75 days in child detention facilities.  Some were held as long as six months.

In fact, according to the article, some of the detentions were reportedly said to be punitive; i.e., even for minors.  I don’t find a direct quote to that effect from U.S. authorities, but advocacy groups and at least one parent (interviewed in Mexico) believed it to be true.  So – under Obama, between 2013 and 2015 – it wasn’t just that children were being held due to backlogs in case processing.  A network of interested adults also believed the children were being held in order to discourage them from trying to cross the border again.

In the past, Mexican minors picked up by the Border Patrol normally would be deported by bus, sometimes on the same day they arrived. Some of these kids have been captured more than 60 times, and Harris’s officers have identified about 800 young smugglers operating in Texas.

Holding them longer reportedly had a significant deterrent effect on recidivism.

The program does appear to be discouraging them from returning illegally to Texas, he said. The patrol calculates that just 7 percent of the children who have gone through the program have been picked up again crossing the border.

Read the article: while in detention, the children lived under the same conditions seen in news coverage from the last two to three weeks.  They were allowed phone calls to family members, but not allowed to leave the facilities unsupervised.  Most were waiting for court cases to be heard, but some apparently were being kept in detention even when their deportation was already assured, in order to make it unattractive to try crossing the border again.

Migrant advocacy groups were naturally concerned about the policy.  But WaPo acknowledged that the policy had a reasonable purpose (even if some of the execution was dubious).  The Post registered with a respectful tone the point that people disagreed on the policy – all without featuring unhinged quotes about racist “nationalism,” demographic demonization, or the onset of “fascism” and “concentration camps.”

In 2016, New York Magazine picked up on an AP report that child migrants were being turned over to poorly-vetted custodians to await their immigration court dates.  The problem of releasing migrants into the U.S. population to await their court dates has historically been that hardly any of them actually show up for the court dates.  The resources are not there to track down the thousands of no-shows in a given timeframe.

In the timeframe of the reports cited here, children did show up at a better rate than adults, but the numbers were far from desirable.

That said, children, of course, have a special vulnerability to exploitation when the supervisory chain on them is lost.

In many cases, they are turned over to legitimate family members to await court dates.

But AP uncovered a number of cases in which child migrants were being exploited for, in essence, slave labor on farms.  They also found that children had been turned over for sex trafficking abuse.

They even found that children released to extended-family members (as well as non-family members) were being held hostage and abused to extort their parents for money.

The structural problem was reportedly inadequate resources to vet the people child migrants were being released to:

In 2012, caseworkers followed a stringent process before releasing children to sponsors, including background checks, fingerprints, 60-day home studies and signed agreements that the children would appear in immigration court. But in November 2013, overburdened by a sudden influx of unaccompanied children, the agency took the first of what would be a series of steps to lower its standards, stating in a manual that most parents and legal guardians would not be fingerprinted.

ORR said the relaxed rules on the front end were compensated on the back end by more children getting social services attention after being released into the community. Even now, though, most young migrants rarely see child welfare workers after landing at sponsors’ homes.

And that’s not an invalid explanation, although there’s more that could be said about it.

These are some of the hazards of pretending to observe U.S. immigration law with one hand – for political purposes – while in practice not observing U.S law with the other hand, also for political purposes.  Both Democrats and Republicans have been complicit in doing this.  But the mainstream media are invested in telling a one-sided story: one that papers over lawlessness, regardless of who’s engaging in it, and demonizes law enforcement.

We can keep baying like hyenas at each other over this – or not.  Either way, giving up on the rule of law and the national security requirement of border enforcement is the wrong answer.

Bongino: Obama aides had to ‘whitelist’ Hillary’s private email address so Obama could use it
Next Post
Why the ‘Classical Liberal’ is making a comeback 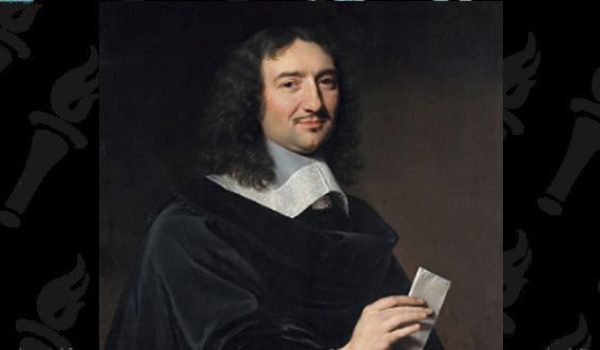