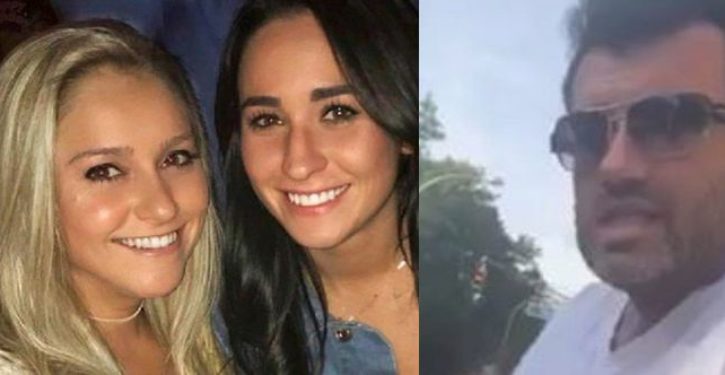 A question that has arisen in this space repeatedly is how liberals go about deciding whose rights Trump whose when there is a clash between two or more of their “protected classes.” It came up in 2014 when a Mulsim barber in Toronto refused to cut the hair of a lesbian and again in 2017 when black and Latino students at the University of Florida refused to share space.

The mainstreaming of transgenderism has opened up a veritable Pandora’s box of complications to the conundrum. Last month, Howard Portnoy reported that a transgender “woman” was suing a salon because a Muslim employee refused to wax “her” testicles.

The latest skirmish over rights may have missed the attention of some because the station that broke the story, WABC in New York, omitted a salient detail in its report:

A same-sex couple is speaking out about their ride in an Uber in which they say the driver kicked them out because they were kissing.

The couple spoke to Eyewitness News and says they were doing nothing wrong. They immediately got their phone out and began recording the confrontation, which quickly went from bad to worse.

“I don’t want to argue with you, just get out of my car,” the Uber driver is seen saying in the video.

“It went from shock to like anger,” passenger Alex Iovine said.

Iovine and her girlfriend Emma Pichl are still upset after being thrown from that Uber car. “I think for both us it was just a shock, not really knowing what to say,” Pichl said.

Here is the video mentioned above. It was recorded on the cell phone of one of the two passengers:

One detail worth noting is the driver’s repeated insistence that the women have broken the law. When they press for clarification of what law he believes they have violated, he claims their behavior is “disrespectful.”

A few paragraphs later, the article gets around to revealing the driver’s name, Ahmad El Boutari, but goes into no further detail such as his ethnicity.

Or religion. I won’t speculate on whether a man with a conspicuously Arabic name who objects to homosexuality and claims that gay behavior is “illegal” (Sharia law anyone?) is a Muslim. But it does seem curious that all the other news media that have since picked up the story haven’t explored the possibility that he is. In any case, a followup story reveals that the New York City Taxi and Limousine Commission has suspended his license pending further investigation.

Jim Acosta on hot mic: ‘If they’re not going to let me in the f*cking meeting, that’s what happens!’
Next Post
Circuit court judge blocks Deerfield, Ill., from banning ‘assault weapons’