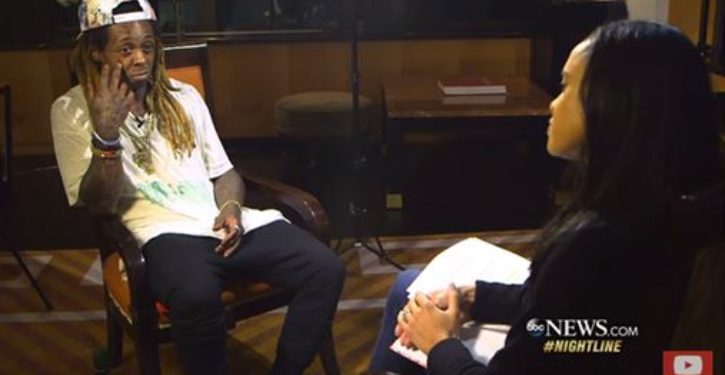 If there is any takeaway for Democrats from Kanye West’s recent declaration of support for Donald Trump, it’s that not all blacks are stamped out with a cookie cutter. Now another successful black man has spoken out, repeating essentially the same message, but this time targeted at a subset of Democrats: the black ones.

His stage name is Lil’ Wayne, he too is a rapper, and he has unapologetically told several interviewers that he doesn’t know what racism is.

Most recently, Lil’ Wayne sat down with ABC News correspondent Linsey Davis, herself black, who seemed bent on getting the performer to “see the light.” In the clip of the segment below, Davis recalls an appearance he made on Fox Sports where “he personally said he doesn’t see racism because so many of his fans are white.”

The money portion of the video begins at 4:46. A transcript follows:

Linsey Davis: There was a lot of backlash from people about that. Would you change what you said? …

Lil’ Wayne: What is it? What do you mean?

Davis: The idea is that there’s this movement called Black Lives Matter thinking that the rest of America didn’t seem to understand that — that black lives matter.

Lil’ Wayne:It just sounds weird that you put a name on it. It’s not a name. It’s not [making air quotes] whatever whatever. It’s somebody that got shot by police [inaudible]. I am a young, black, rich [expletive bleeped]. If that don’t let you know America understand [sic] black people … I don’t what is.

He cuts the interview short, removing his mic and walking off stage, but his statement is nevertheless out there for anyone who cares to listen. The old order is changing, and the Democratic Party and mainstream media can either get on board or be left behind. 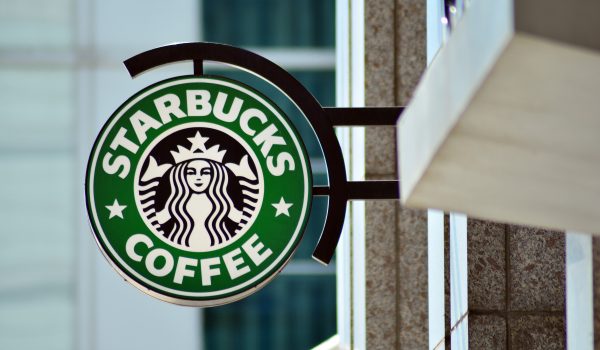 Leftist Starbucks founder says Democrats have gone ‘too far left’
Next Post
CNBC reporter wonders about Trump’s ‘state of mind’ after G-7 Summit presser: ‘He did not look well’ 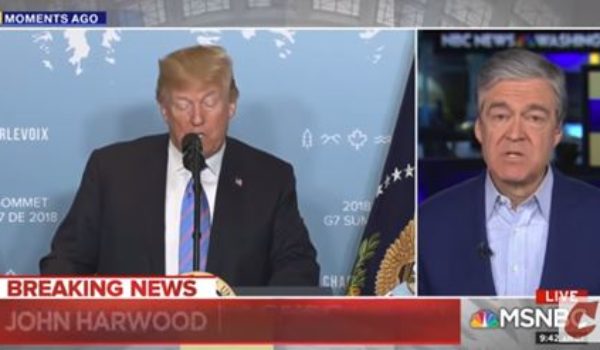