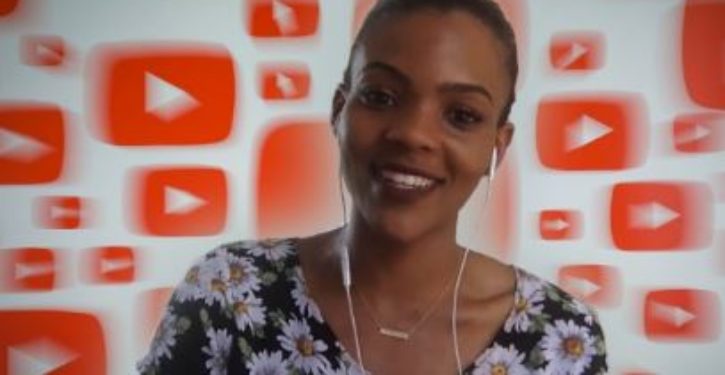 In one of her many counter-rallies since Donald Trump was elected president, Rep. Maxine Waters (D-Calif.) urged an audience comprised almost exclusively of young blacks to “stay woke.” The imperative sentence was met with thunderous cheers and applause.

That was in April of 2017, and since that time much in the nation has happened. “Auntie Maxine,” who Michelle Malkin branded a “swamp monster,” was caught steering $1.2 billion in taxpayer money to Obama flunkies. Meanwhile, black unemployment fell to its lowest rate in 17 years, in large measure because of Trump’s tax relief package, which for added measure the Democrats threatened to undo and then some if they won back the House in 2018.

The time seemed ripe for Republicans to try to lessen the stranglehold the Democratic Party had had on blacks for decades. The crusade was led by Candace Owens, communications director for Turning Point USA, and indeed black America seems to be turning a corner.

The world is changing before our eyes. Tonight at Stanford, a black student stepped to the mic. He said he used to support Black Lives Matter until he researched their lies. He shouted to a packed room “BUT NOW I’M FREE”.
The Black Revolution is unfolding and it’s beautiful.

That tweet was followed later the same day by a second, this one containing an emotional video by a Stanford student who told the crowd:

I rarely get emotional, but this young man waking up to the lies of the Democrats almost brought me to tears.
The media can lie, try to smear, or ignore us—but there is nothing they can do to stop the black revolution that is unfolding.
Thank you God, for this moment. #MAGA pic.twitter.com/PyHNGRJKlW

As unemployment drops to 3.8%, where are experts who predicted Trump would tank the economy?
Next Post
Pedophile who threatened to kill president now running for Congress; thank Terry McAuliffe