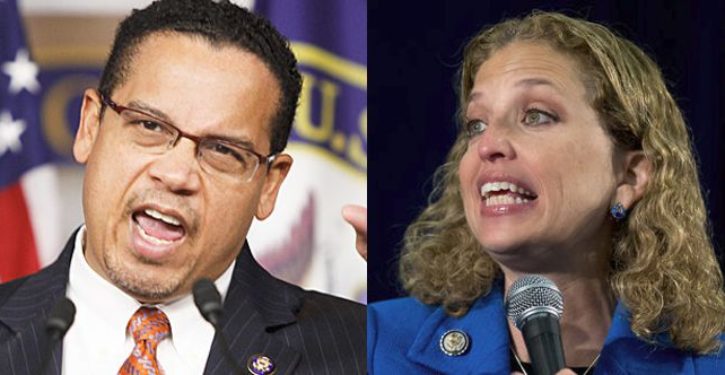 Since a federal judge declared yesterday that President Donald Trump couldn’t block users who replied to tweets on is Twitter account, arguing that doing so violate their First Amendment rights, the judge has been asked a number of questions. Among these were a pair of questions the judge posed herself:

This case requires us to consider whether a public official may, consistent with the First Amendment, ‘block’ a person from his Twitter account in response to the political views that person has expressed, and whether the analysis differs because that public official is the President of the United States.

She then answered her own questions with a resounding “no.”

The ruling prompted a tweet from conservative journalist Mike Cernovich:

The question for the judge implicit in this tweet is “Why the double standard?” Ellison is not president (be thankful for large favors!), but he is a “public official” who has blocked “a person from his Twitter account in response to the political views that person has expressed.” So why isn’t Judge Naomi Reice Buchwald back on the bench, issuing the same dictum for Ellison?

In a post at Conservative Firing Line, frequent LU contributor Joe Newby features tweets of other public officials who have blocked conservatives from commenting on their Twitter accounts:

Congressman Steve Cohen has blocked me. Under today’s ruling this is unlawful and unconstitutional and legal action will be taken. pic.twitter.com/NIy14wCMXq

Amidst all of them comes word of another ruling from a — shall we say? — lower court. CNN reports:

Facebook users in the United States who want to run certain ads on the platform will need to hand over the last four digits of their social security number and a picture of a government-issued ID.

The social network now requires anyone who wants to run ads related to political campaigns, civil rights, immigration, guns, economy, and other issues, to prove they’re in the United States. Part of the proof required is the last four digits of your Social Security number.

The article claims in Facebook’s defense that “the move is part of a series of initiatives by Facebook to increase transparency on the platform after a Russian government-linked troll group spent thousands of rubles on Facebook ads targeting Americsans [sic] ahead of the 2016 presidential election.”

The intent seems benevolent, but Facebook’s supposed search for intellectual “purity” seems to be getting out of hand. Does Judge Buchwald want to look into whether the social media giant is overstepping its bounds?