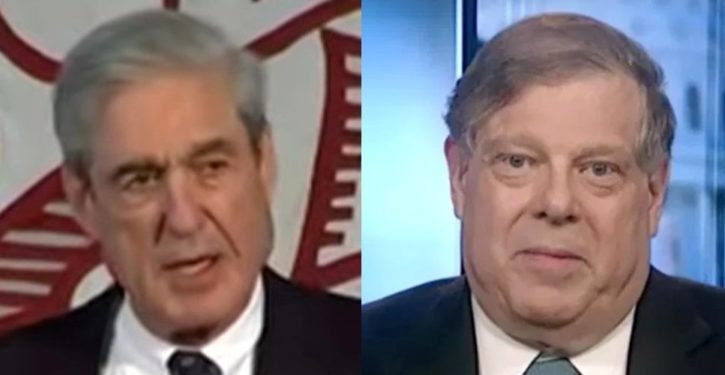 Writing unapologetically about the “deep state,” Penn goes through a litany of excesses by the Mueller team that would resonate perfectly with Trump supporters.  Read the whole thing, if you haven’t done so yet.  I think most Republicans would be surprised.

Rather than a fair, limited and impartial investigation, the Mueller investigation became a partisan, open-ended inquisition that, by its precedent, is a threat to all those who ever want to participate in a national campaign or an administration again.

Penn’s interview on Fox on Monday, with Martha McCallum:

At National Review, Alexandra DeSanctis points out that Penn, who was in the Clinton White House from 1995 to 2000, saw the Ken Starr investigation of Bill Clinton in the same light.  I agreed at the time that the Starr investigation was ill-conceived, for reasons that overlap but probably don’t exactly match the reasons Penn has in mind.  But the point is worth making that Penn’s perspective is larger than a desire to relieve Trump, and America, of the Mueller circus.

And that observation is a nice segue to Penn’s other main point.  Besides concluding that it’s time to – in effect – shut Mueller down, Penn asserts that, actually, Mueller can’t just be shut down.

I’m not convinced he’s right about this.  But here’s what Penn says (emphasis added):

Unfortunately, just like the Doomsday Machine in “Dr. Strangelove” that was supposed to save the world but instead destroys it, the Mueller investigation comes with no “off” switch: You can’t fire Mueller. He needs to be defeated, like Ken Starr, the independent counsel who investigated President Clinton.

Hmm.  This is where my antenna twitches.  It’s always, well, interesting – let’s start with that – when political people outline a plan for someone else to go on the warpath and “defeat” yet another someone.  What is Penn’s campaign plan?

Finding the “off” switch will not be easy. Step one here is for the Justice Department inspector general report to knock Comey out of the witness box. Next, the full origins of the investigation and its lack of any real intelligence needs to come out in the open. The attorney general, himself the target of a secret investigation, needs to take back his Justice Department. Sessions needs to act quickly, along with U.S. Attorney John Huber, appointed to conduct an internal review of the FBI, on the Comey and McCabe matters following the inspector general report, and then announce an expanded probe into other abuses of power.

The president’s lawyers need to extend their new aggressiveness from words to action, filing complaints with the Justice Department’s Office of Professional Responsibility on the failure of Mueller and Rosenstein to recuse themselves and going into court to question the tactics of the special counsel, from selective prosecutions on unrelated matters, illegally seizing Government Services Administration emails, covering up the phone texts of FBI officials Peter Strzok and Lisa Page, and operating without a scope approved by the attorney general. (The regulations call for the attorney general to recuse himself from the investigation but appear to still leave him responsible for the scope.)

The final stopper may be the president himself, offering two hours of testimony, perhaps even televised live from the White House.

Now, I’ll start by saying that I’ve been thinking for months Trump should tell Mueller he’ll give a deposition – but he’ll give it on live video from the White House: video streamed by the White House, and posted in full immediately thereafter.  (I’d be just as satisfied, or more, with Trump refusing to testify.)

The rest of the Penn campaign plan is basically what many average citizens have been suggesting for months.  Get it all out in the open.  I agree with that too.

The fix that doesn’t fix anything

That said, I find Penn’s focus informative here.  Because here’s what it doesn’t do.  It doesn’t fix the problem of special counsel excesses for the future, and it doesn’t lead us away from the chronic problem of the Mueller investigation, which is the vagueness of its charter.

Listen again to this passage:

The attorney general, himself the target of a secret investigation, needs to take back his Justice Department. Sessions needs to act quickly, along with U.S. Attorney John Huber, appointed to conduct an internal review of the FBI, on the Comey and McCabe matters following the inspector general report, and then announce an expanded probe into other abuses of power.

Hear anything familiar, like the open-endedness of the words “other abuses of power”?  What does that mean?

Exactly.  We don’t know.  It could mean “whatever Trump officials think looks fishy,” which we shouldn’t accept any more than we should accept it with Mueller.

It could also mean “but nothing that points back to, oh, I don’t know, the Clintons,” because right now they’re pretty much off the hook, in spite of being linked at numerous points to the events of Russiagate.

If Mueller’s dangerous, outta control freight train can be “defeated” with Penn’s campaign plan, things will stay that way.  It will never be necessary to have a team of leakers and the New York Times throw the Clintons under the bus, in an effort to shape the progress of a formal Justice Department investigation (i.e., what’s been happening for months with the Mueller probe), in order to save the core of the “deep state.”

Government officials are the ones who will be implicated in a complete opening of DOJ, FBI, etc. records.  And we have a sizable list of officials right now.  A cynical person might read the Penn plan as a way to cut the permanent bureaucracy’s losses and leave those folks (McCabe, Strzok, Ohr, et al.) holding the bag, while also keeping the special counsel model for future use.

Whereas letting Mueller continue to run riot could blow back on a whole lot of other people and current Washington arrangements.  That, at least, is what the record to date indicates.

Perhaps we can just choose to conclude that Penn doesn’t see the implications of what he prescribes.  I agree with a lot of what he writes at The Hill, after all.  Let us take the optimistic view.

The obvious point that goes unmentioned

I’m still left with this concern.  Penn thought Starr’s investigation was a bad idea, and so did I.  But I also thought, about Starr’s and Patrick Fitzgerald’s (Plamegate) and others’, as well as Mueller’s, that the concept itself – the special counsel – was at least 50% of the problem.

Shutting down this “special counsel” model has to be on the table.  All it yields, after putting a lot of people through litigation hell, is process crimes.  It’s inherently just a way of holding political opponents at risk; it’s less accountable than our statutory federal prosecutors are; and we don’t need it, full stop.

Penn seems to acknowledge that himself in his final paragraph:

Stopping Mueller isn’t about one president or one party. It’s about all presidents and all parties. It’s about cleaning out and reforming the deep state so that our intelligence operations are never used against opposing campaigns without the firmest of evidence. It’s about letting people work for campaigns and administrations without needing legal defense funds. It’s about relying on our elections to decide our differences.

So it’s – interesting; that word again – that Penn is silent about getting rid of special counsels altogether, and is so sure that they are untouchable once appointed, and can only be neutralized through attrition and undercutting.

What concept of constitutional government is that?  Not one that fits the United States Constitution.  In a constitutional republic, the first thing we should think of is deleting the special counsel role, which imperils both constitutionalism and political liberty.

Trump firing Mueller would be a disabling shot at the special counsel role.  It would provoke exactly what we need: a no-holds-barred congressional review of the concept, and ideally, a decision to desist from using it as it has been used over the last 30-plus years.

The republic would survive this easily.  The special counsel?  Probably not.

That is an important and inevitable implication of a president firing a special counsel in the Mueller-Trump circumstances, and it is once more interesting that Penn simply avoids mentioning it.

For the record, Trump’s political opponents have been acknowledging for months that Trump can fire Mueller and end the Mueller probe (see here, here, and here as well, plus concurrence from the Right here and here).  These affirmations don’t mean there is no dispute over the president’s powers.  But precedent shows that they do mean Trump would have the presumption of authority, and that it would be extraordinarily hard to mount any sort of meaningful opposition if he fired Mueller.  (Basically, any challenge would require a two-thirds majority in Congress.)

Penn basically waves away this entire concern – although it’s central to his point about the way endless special counsels make all politics a minefield today – and says instead that we need to wage interagency warfare in the federal executive, in order to “defeat” the special counsel who’s got the ball right now.

As much as I’d like to make common cause with Penn, that looks rather like a Trojan Horse to me.

But good on him for making the right points on a lot of this.  I do think he’s perfectly accurate in his opening statement:

The “deep state” is in a deep state of desperation. With little time left before the Justice Department inspector general’s report becomes public, and with special counsel Robert Mueller having failed to bring down Donald Trump after a year of trying, they know a reckoning is coming.

Given the noise erupting from former officials like John Brennan and Sally Yates, it seems they do indeed. 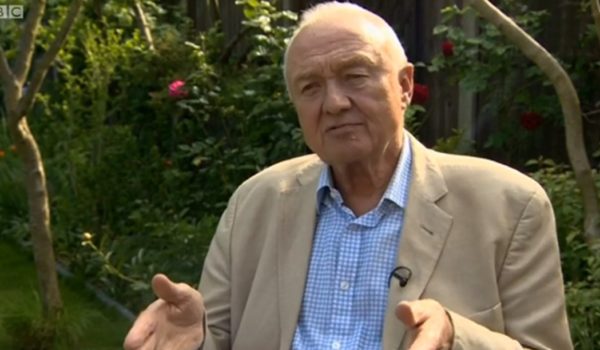