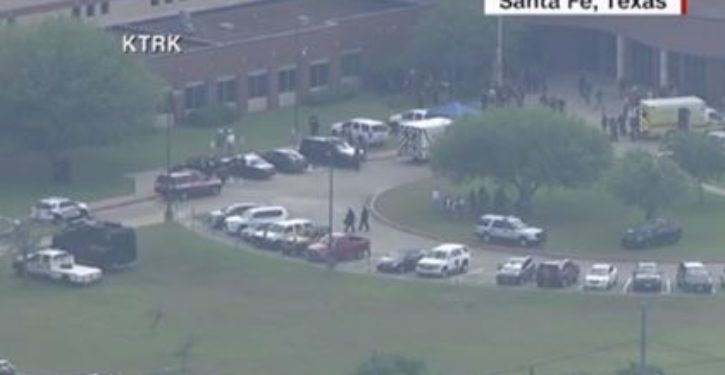 This morning another deadly rampage occurred at another high school, leaving ten people dead. This time the location was Santa Fe High School in the Houston suburb of the same name.

As has become the custom in our country, the kneejerk collective reactions from the Left — more gun control, disband the NRA — began to appear on Twitter and in the media before the blood had a chance to dry.

CNN reports that this is “the third school shooting in eight days, and the 22nd since the beginning of the year, in the United States,” taking care to omit mention of the fact that one of the shootings was thwarted by a “good guy with a gun,” who wounded the shooter.

But the more relevant fact in today’s shooting — that the two individuals arrested in connection with the shooting are both believed to be students at the school — is receiving less play. That’s unfortunate because it overlooks a vital ingredient in these shootings: the copycat factor.

A must-read report from BuzzFeed notes:

Experts told BuzzFeed News the recent uptick is likely due to the amount of attention the attacks get and the fixation on the people behind them, spurring copycats while at the same time desensitizing the public. Inadequate and poorly enforced laws don’t help, they added.

“These shooters get great satisfaction in doing this, and the media attention they get afterwards puts them in a place of history,” said Greg Shaffer, a 20-year FBI veteran and global security expert who studies domestic terrorism and active shooters. “We are also trying to use normal rational thoughts to define an irrational act, which is why we focus on them so much. But we will never understand why people like the Las Vegas gunman do what they do.”

Jaclyn Schildkraut, an expert on mass shootings research and assistant professor of public justice at the State University of New York, warned that the copycat effect is only getting worse.

“With the amount of coverage Parkland received, you probably will see an uptick,” said Schildkraut. “Copycatters are becoming a public safety issue.”

In and of itself, the copycat phenomenon is nothing new. What is new, however, is the impact of the 24-hour news cycle, especially in the era of social media, when every Tom, Dick, and Harry is elevated to the role of “journalist.”

The more these shootings are talked up by people, and especially those with explosive takes on the root cause, the greater the appeal of becoming the next “celebrity.” 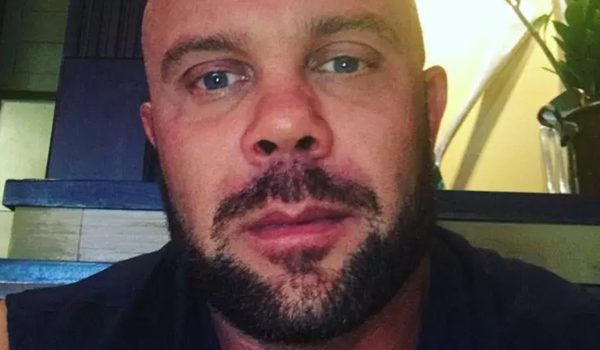