Former U.S. intelligence officers slammed the media companies for hypocrisy in retaining a Russian firm while criticizing others who have even tangential ties to Russians. They also considered their decision to trust their web back-end to a foreign-based company naive.

“This clearly is a hypocrisy issue,” retired Col. James Waurishuk, a former deputy director for intelligence at the U.S. Central Command and a senior national security analyst with the National Security Counsel under President George H.W. Bush, told TheDCNF. “All of the media companies have reported Trump and the Russian collusion story that all things Russians are bad. So why are they doing business with a Russian company?”

EastBanc is based and incorporated in Washington, D.C. On the surface, it appears to be a successful stand-alone American IT company. The company provides many traditional tech services including data analytics, cloud services and business intelligence, according to the company’s U.S. website.

But a counterpart company, also called EastBanc, is based in Novosibirsk, Russia, a city in Siberia.

“The company’s office is located in the Academgorodok of Novosibirsk,” the company’s Russian-language website said. “There are more than 100 specialists in the staff.”

The relationship between the two firms could be found in a 2014 powerpoint presentation produced by EastBanc. It posted the Russian and U.S. officers side-by-side along with their American and Russian clients.

Since the 2016 presidential election, America media companies have slammed the Trump administration for its ties to Russian individuals, operations, enterprises and Russian President Vladimir Putin.

Politico Magazine’s April/May 2018 issue, for example, produced a graphic depicting the alleged web of ties between Trump and Russia, asking “What is the real story of Donald Trump and Russia?” The news magazine said, “there’s no doubt that a spider web of connections—some public, some private, some clear, some murky—exists between Trump, his associates and Russian President Vladimir Putin.”

J. Michael Waller, who is on the editorial board of NATO’s Defense Strategy Communications Journal, which examines Russia’s use of media and the Internet, told TheDCNF the ability to enter the back end of media companies could provide a treasure trove of sensitive and even classified information to the Russians.

“Let’s say you’re Newsweek. And you have a reporter who’s been there for a long time, who has built his career with sources within the CIA,” he told TheDCNF. “Wouldn’t you, if you were Russian intelligence, want to know who his sources are within the CIA?”

“Broadcast and media companies, like so many others, are seeing two things – an increased frequency of cyber-attacks, and an enhanced sophistication and complexity to such attacks,” he told the conference.

Other former intelligence officials expressed surprise media companies were naive to hire a Russian firm to conduct sensitive, backend IT services for their web sites.

“From a counterintelligence standpoint, they are showing either a level of ignorance or a lack of concern,” D.W. Wilbur, who for 30 years served in the CIA and the Department of Defense, told TheDCNF. “The reality is that anybody in the intelligence world knows that if you’re dealing with anything Russian, the hand of Vladimir Putin is involved. There’s no doubt about it.”

“It’s another example that they are not only ill-informed about the potential threats our adversaries pose,” he continued. “They seem unconcerned about it, showing a considerable amount of naivete.”

Nick Banks, who served four tours of duty as a CIA station chief during the Cold War, said t0 TheDCNF:

“With so many U.S.-owned IT companies to choose from, why would these American media companies knowingly use one that is connected directly to Russia? It doesn’t make much sense. But if the media companies are aware of EastBanc’s Russian connection, they certainly have no business attacking others.”

U.S. News was the only media company to respond to TheDCNF’s inquiries about relationships with the Russian company. The media outlet knowingly relied on Russian-based technicians.

“U.S. News used EastBanc for website development, back in 2011 through 2014,” Chief Operating Officer Karen Chevalier told TheDCNF in an email. “We used a combination of onsite and offshore consultants who were based in Russia.”

EastBanc Technology refused repeated requests from TheDCNF to tour their offices, which appears as a bunker-like office sandwiched between a U.S. Post Office and a Brooks Brothers clothing store in tony Georgetown. It also did not respond to requests to interview a company representative about its work.

The Washington Post appears to have used EastBanc for at least five services the news outlet offers, according to the company’s website. WaPo hired EastBanc to develop apps for its sightseeing and Going-Out guides, to create its social job site and to integrate videos for streaming through Chromecast.

WaPo’s relationship to EastBanc also appears intertwined in other ways. Catherine Paganini is EastBanc Technologies’ marketing director. She previously worked at WaPo where she served as its International Marketing Specialist, according to her LinkedIn page. Maxim Ingnatyev, who is EastBanc’s senior software engineer, was the “lead Android developer” at WaPo, according to LinkedIn.

WaPo did not respond to several DCNF requests for comments about its contractural relationship with EastBanc.

WaPo’s editorial board has warned about Russian cyber warfare of computer networks. One of its latest warnings was posted in April after the Department of Homeland Security issued an alert in April 2018.

“The latest alert from the United States and Britain about Russian intrusion into computer networks contains alarming conclusions,” WaPo’s editorial board wrote. “Earlier warnings were issued about Russian meddling in social media, election systems, and energy, water and aviation controls. The new alert calls attention to Russian efforts to compromise network devices, such as routers, the heartbeat of the Internet.”

“There is no doubt that all Russian intelligence services are using Russian companies to help them in their covert collection efforts against the U.S,” Banks told TheDCNF.

“Most Russian companies cooperated voluntarily with the FSB [the Russian equivalent to the FBI] as it’s in the national interest, or through simple persuasion and coercion if they wanted their businesses to remain operational. They had no choice,” he said.

“I almost have to suspect this company in Russia is not in business unless they’ve got authority and certification from the Kremlin to operate,” said Waurishuk, who has conducted many intelligence operations overseas. “That’s pretty much how [President Vladimir] Putin’s Russia operates. Everybody has to kiss his ring to start a business.”

David Satter, who served as the Financial Times’ Moscow correspondent and as The Wall Street Journal’s Soviet affairs correspondent told TheDCNF he routinely found his fellow American journalists to be largely naive about Russian intentions.

“This naivete about Russia was very typical for a long time,” he told TheDCNF. “Reporters didn’t recognize that the ill-intentioned nature of their Russian sources. This is just lack of intellectual depth, lack of seriousness, lack of readiness to see the reality about the Russians.”

EastBanc did not have to be a continuous client to continue to surveil the activities of the U.S. media companies. Instead, they could quietly insert code into their systems to monitor their internal operations.

An American businessman who has worked for 30 years in Russia told TheDCNF the Russian FSB most likely would silently monitor the companies with special code.

“They would create a quiet, silent back door that they would have access to,” the businessman, who requested anonymity to avoid retaliation from Russian authorities, told TheDCNF. “That back door would be given to the FSB as a ‘right’ in order able to continue their business. They would have unfettered access.”

Wilbur agreed. “That capability exists and they certainly could silently monitor them.”

In reality, Russian intelligence agencies can spy on companies even if they have a short-term project. Waurishuk noted the Russians could privately watch the information flow even if they no longer have an ongoing relationship with the media company.

“They could get a short-term contract. Embed it and walk away. But it’s still connected and still providing information,” the retired military intelligence official told TheDCNF.

While EastBanc’s American website is sanitized of Russian connections, its Russian site tells a different story. Here, the company publicizes some of its U.S. clients, including WaPo.

EastBank in Novosibirsk has also signed contracts with some of Russia’s largest industries. “We create corporate solutions for leading companies in Russia,” the company boasts on its Russian website.

Their clients include S-7, the country’s second largest airline; SPO Ingosstrakh, one of the country’s top three insurance companies; and Katren, which Eastbanc says is “a leader of the Russian pharmaceutical market in terms of gross sales,” according to its Russian website.

Another one of its clients is Surgutneftegaz, “one of the largest enterprises of the Russian oil industry,” according to EastBanc Russia’s website. EastBanc also partnered with RN-Inform, the IT provider for Rosneft — the country’s oil giant, to develop a project management system.

In 2014, the Obama administration, Canada and the European Union imposed sanctions on Igor Sechin, president and chairman of Rosneft’s Management Board, and Sergei Chemezov, deputy chairman of the company’s Board of Directors. The sanctions were issued over Russia’s continued meddling in the Ukraine.

“While Rosneft and Rostec themselves were not named for sanctions, U.S. businesses considering transactions with these companies need to tread carefully,” the Department of the Treasury stated in its announcement.

In July 2015, the Treasury Department added Roseneft and its subsidiaries to its sectoral sanctions list.

The vast majority of EastBanc’s leadership in Washington appear to be Russian nationals from the Novosibirsk region, according to its U.S. website and the officials’ LinkedIn pages.

Slava Koltovich, CEO of the American operation, graduated from the Siberian Federal University. Prior to joining EastBanc, Kotovich worked for Astrosoft, a Russian software development company based in St. Petersburg, Russia.

Both Director of Solutions Peter Shaskin and Director of Engineering Victor Shilo also graduated from Novosibirsk State, the former receiving a master’s degree in math modeling in rocket science and the latter getting a bachelor’s degree in mathematics and applied informatics.

EastBanc filed green card applications for 13 of its workers, according to its latest report to the U.S. Department of Labor. Twelve of the employees were Russian citizens and one was from neighboring, pro-Moscow Belarus.

While EastBanc has concentrated its work for private sector clients, the Russian company has also set its sights on working for the U.S. government, telling prospective customers, “We are GSA approved and work across the commercial, enterprise, state, local, and federal government sectors.”

EastBanc’s real estate business, however, is led by Brazilian-born real estate developer Anthony Lanier. Lanier redeveloped large parts of Georgetown and has active development projects involving 4 million square feet of mixed-use buildings in the U.S. and overseas, largely in Portugal, according to the real estate website.

Andrew Kerr contributed to this report. 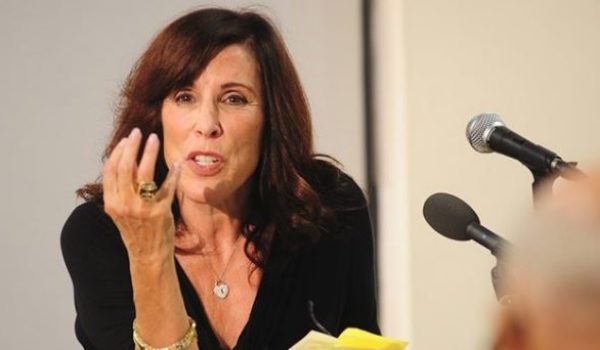 Abortionist admits she loves killing babies: ‘This is my dream’
Next Post
What is really driving the epidemic of mass shootings? 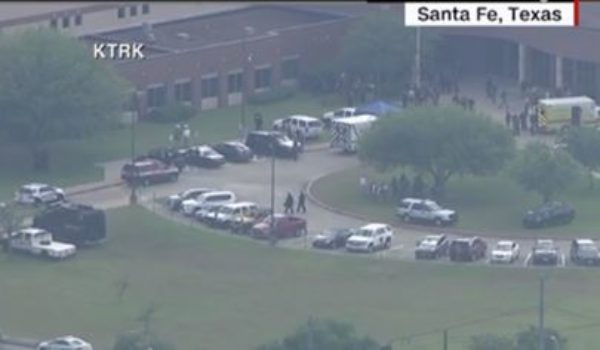 California: Newsom and family quarantining after exposure to COVID-19

What happens when the dogma lives loudly within a Democrat?

Can we make our robots less biased than us?

Botanist dares to ask: What if plants have personalities?