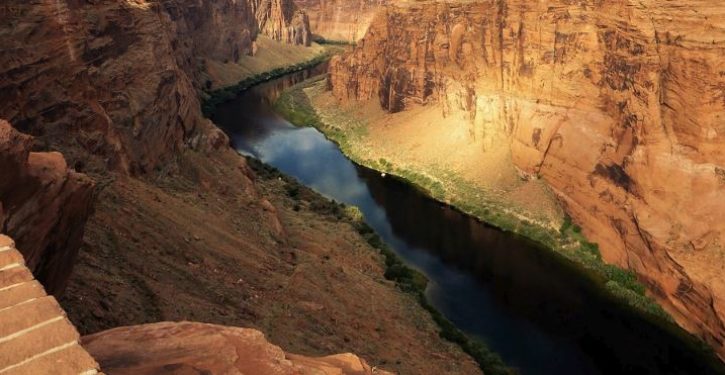 Because the legal filing would become soggy and hard to read if the river itself wrote it, the waterway had a self-appointed amanuensis in the persons of Deep Green Resistance, an environmental group that believes rivers deserve human rights.

The idea appears to make sense to Rachel Riederer, who argues at The New Republic:

Humans aren’t the only ones with rights, after all. In recent years courts have heard cases arguing that chimps, elephants, and other highly intelligent animals should have legal personhood. In India, Ecuador, and New Zealand, courts and legislatures have recently recognized some special rivers as having their own legal rights — the time seemed ripe for DGR’s argument. In 2010, the Citizens United decision extended First Amendment rights to corporations. In 2014, the Hobby Lobby decision secured closely held corporations some measure of religious freedom. U.S. law has granted personhood to corporate entities, the suit argued. Why not ecological ones?

Perhaps the question asked in the final sentence of the paragraph is best answered by noting that corporations are made up of people.

At least Riederer is willing to concede that DGR’s mission is radical, which explains why the mighty Colorado lost “its quest for legal personhood.”

DGR’s attorney, Jason Flores-Williams, ultimately withdrew the suit, after being threatened with sanctions for frivolous action. “Either American society and our law is ready for this expansion of rights or it isn’t,” Flores-Williams said. “And it appears like right now, at this point, it’s not.”

That doesn’t mean that DGR plans to give up the fight. On the About page of its website, the group articulates its goal to “liberate a world put on the sacrificial altar by a cabal of power-mad psychopaths.”

Suggestion to DGR: Maybe you ought to ease on the use of the adjective mad to characterize other people.