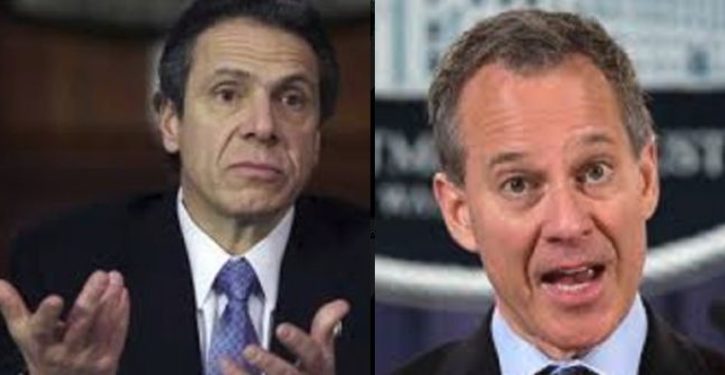 A bombshell report that came out in The New Yorker Monday night alleging a pattern of horrific abuse by New York Attorney General Eric Schneiderman is today raising questions about how much awareness Gov. Andrew Cuomo had of his right-hand man’s behind-the-scenes conduct

Theoretically, it’s entirely possible that Schneiderman kept his demonic second life far from his boss, but it’s important to remember we’re not talking about a single accusation. As Jane Mayer and Ronan Farrow outline in their piece, four separate women detailed his “non-consensual physical violence.”

Two of them, Michelle Manning Barish and Tanya Selvaratnam, even allowed their identities to be made known. Both women say they sought medical treatment after “having been slapped hard across the ear and face, and also choked.” Selvaratnam, a Sri Lankan, claims there was a racist element to her relation with the AG, who she maintains called her “brown slave” and slapped her until she called him “master.”

While it is true no one ever accused Schneiderman publicly of misconduct before this article, one would imagine there had to have been whispers among the women’s’ social circles and families.

As has been the case in a few of the recent prominent “#MeToo” reckonings, many of the men — most notably, Harvey Weinstein — exhibited abusive behavior to colleagues and others outside their misconduct with women. To think that the hundreds of lawmakers, staff members, and donors never saw Schneiderman give off any red flags strains credulity.

“All of a sudden, he just slapped me, open-handed and with great force, across the face, landing the blow directly onto my ear,” Manning Barish told The New  Yorker, adding:

It was horrendous. It just came out of nowhere. My ear was ringing. I lost my balance and fell backward onto the bed. I sprang up; but at this point, there was very little room between the bed and him. I got up to try to shove him back or take a swing, and he pushed me back down. He then used his body weight to hold me down, and he began to choke me. The choking was very hard. It was really bad. I kicked. In every fiber, I felt I was being beaten by a man.

Such volatile behavior had to exhibit itself in other circumstances. Barish even disclosed telling “three close female friends” about Schneiderman’s abuse. Again, Barish’s injuries were so severe that she consulted several physicians. Given that the two were openly in a relationship, how could no one notice all these mysterious wounds appearing?

In another instance, Schneiderman allegedly slapped a lawyer twice so hard that “the blow left a red handprint” that was visible the next day. Multiple women corroborate the claim he was also a heavy drinker, according to The New Yorker’s reporting.

On Jan. 18, Tanya Selvaratnam received a phone call from Schneiderman, who was in the emergency room, she said. “He told me that he’d been drinking the night before he fell down. He didn’t realize he’d cut himself and got into bed, and when he woke up, he was in a pool of blood,” she told The New Yorker.

While a spokesman for the AG said the injury was the result of a running accident, is it possible that no one in the governor’s office bothered to investigate these injuries? Furthermore, if Schneiderman exhibited alcoholic tendencies, did no member of Cuomo’s staff notice this at social functions?

So far there is no evidence that anyone in New York’s government tried to cove up the attorney general’s abusive behavior. Yet time and time again, the public has found out that people are willing to go to great lengths to make sure the demons of powerful men never see the light of day.

Given the vast influence, both in his professional capacity as New York’s top law enforcement official and his political connections, Schneiderman was not a man who you wanted to cross. As an anecdote in the piece explains:

After the former girlfriend ended the relationship, she told several friends about the abuse. A number of them advised her to keep the story to herself, arguing that Schneiderman was too valuable a politician for the Democrats to lose. She described this response as heartbreaking. And when Schneiderman heard that she had turned against him, she said, he warned her that politics was a tough and personal business and that she’d better be careful. She told Selvaratnam that she had taken this as a threat.

In short, numerous people appear to know about Schneiderman’s abusive tendencies but chose not to act out of fear or naked political ambition.

Undoubtedly, in the course of Farrow and Mayer’s reporting, Cuomo was certainly tipped off that an investigation was underway. While Schneiderman has resigned as of Monday night, one must ask why Cuomo didn’t act months ago when the questions about his conduct were first being raised. 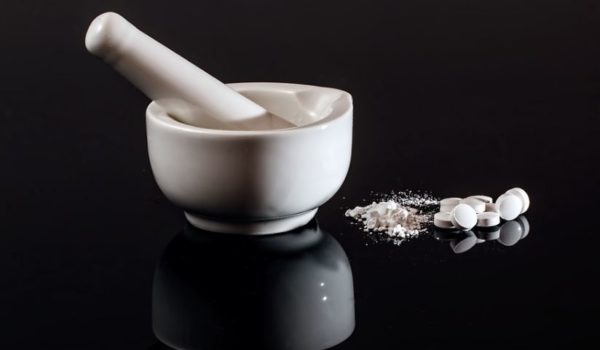