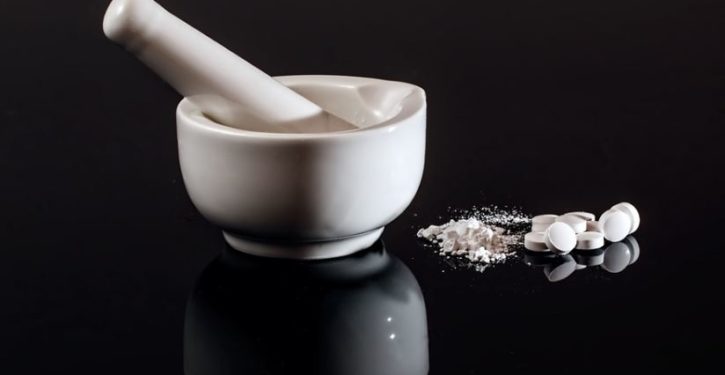 Admitted drug addicts and dealers were among the hundreds of thousands of people and businesses the Drug Enforcement Administration (DEA) licensed to manufacture, distribute, or prescribe pharmaceuticals over the past 12 years, a Daily Caller News Foundation investigation has found. Over the same period the agency revoked only 240 licenses for wrong-doing.

The DEA’s Office of Diversion Control, which is responsible for issuing and revoking the permits, is, by law, fully funded by the licenses’ application fees. More than 1.7 million individuals and organizations held licenses as of March 2018 — an increase of more than 510,000 since August 2006, the earliest publicly available data, TheDCNF’s review found.

“The office … has not been very aggressive in hunting down doctors [who] are prescribing in inappropriate ways,” said Carnegie Mellon University Professor Jonathan Caulkins, who’s worked extensively in drug policy. “The DEA does not aggressively try to find corrupt or incompetent health care providers in the health care system.”

Effective enforcement is especially important given the growing opioid epidemic, Caulkins added. More than 200,000 Americans died from prescription drug overdoses between 1999 and 2016, according to the Centers for Disease Control and Prevention. Most heroin users begin their addiction with such prescriptions, studies have shown.

The DEA ruled on 430 investigations into licensed individuals and groups since March 2006. The agency only revoked 240 licenses and denied applications for another 106, according to a DCNF review of the investigations.

“It is not really believable from my perspective that if they had proper enforcement … that that number [of revocations] would be so low,” Public Citizen’s Health Research Group Founder and Senior Adviser Sidney Wolfe told TheDCNF. “We don’t have adequate, serious law enforcement that musters all of the evidence they have and then acts appropriately. If we did, that number would be in the thousands.”

Most states maintain databases with information about how prescription drugs are dispensed, Wolfe also noted.

“I would bet DEA itself does not collect the data from these states that could be useful in deciding if it’s safe to re-register someone,” Wolfe added. “It’s poor law enforcement. These are crucial, life-challenging things that are going on.”

Meanwhile, the DEA gave out licenses to people who admitted to having been addicted to or dealt drugs in the past.

One dentist, for example, admitted to helping “an outlaw motorcycle gang” manufacture methamphetamine in the early 2000s, which resulted in two years of jail time, a DEA document said. He’d previously been caught with meth several times and admitted to “a history of substance abuse with alcohol, marijuana, methamphetamine and cocaine.”

The DEA gave him a license to prescribe certain drugs in September 2013.

A doctor was caught distributing cocaine in 1981 but wasn’t prosecuted because he cooperated with authorities, another DEA document shows. He was arrested again in 2001 with cocaine and two prescription drugs — an opioid and a minor tranquilizer — and pleaded guilty to related charges in 2003.

The DEA gave him a license to prescribe drugs in February 2009.

“The number of doctors themselves [who] have opioid problems is probably higher than the number of [revocations],” Wolfe told TheDCNF. “If you have an opioid addiction, the last thing you should be doing is prescribing opioids.”

However, “doctors have a relatively high risk of addiction” and there is rehabilitation specifically designed for physicians, Caulkins said.

Also, 72% “of all substances identified in physician arrests since 2003 were opioids,” according to a recent Detox.net study that analyzed DEA data.

Even when the DEA revokes a license or denies an application or renewal, the decision-making process can be lengthy, the Department of Justice’s inspector general (IG) found in 2014. It took the agency an average of nearly two years to make a final decisions on cases in 2009, though that decreased to just one year by 2012.

“Such delays can create risks to public health and safety by allowing noncompliant registrants to operate their business or practice while the registrant action is being adjudicated,” the IG wrote. For example, a doctor can keep writing prescriptions — even after the DEA proposed revoking his license — until a ruling is made.

Just one doctor prescribing medications in an abusive manner could harm hundreds of patients, according to Wolfe.

Just one percent of special agents’ investigative time in 2005 was spent on drug diversion probes, according to a 2006 IG report. Intelligence analysts, likewise spent just over five percent of their time on such investigations that same year.

The report cited a 2004 survey that found 2.4 million people “used prescription pain relievers non-medically for the first time within the past 12 months. This number was the largest number of new users for any type of illicitly used drug during that same time period.”

Additionally, the number of people who admitted to abusing prescription drugs between 1992 and 2003 nearly doubled, according to another study the IG cited.

“DEA special agents have received minimal diversion control training,” the report stated. At the time of the report, only 98 special agents had taken a week-long course, while the rest had only received a two-hour session during basic training that consisted of a video from 1996.

The video was produced the same year OxyContin was made publicly available, which critics have widely blamed for initiating the opioid epidemic. The prescription painkiller’s manufacturer — Sackler Family-owned Purdue Pharma — launched an aggressive and deceptive marketing campaign promoting the drug.

In fact, company representatives downplayed OxyContin’s addictiveness and consequently paid nearly $635 million in 2007 — just one year after the IG report was published — Purdue and three top executive admitted in court.

Doctors can spend years in jail if they’re caught overprescribing opioid medications, but the Purdue executives had only to pay a fine, Wolfe pointed out.

Purdue, which is now facing hundreds of lawsuits around the U.S., raked in $35 billion in OxyContin sales between the time of its release and 2015, helping The Sacklers become one of the nation’s wealthiest families with a $13 billion net worth, according to Forbes.

The Government Accountability Office (GAO), a congressional watchdog, also found problems with the diversion office — specifically regarding its ability to monitor individuals with licenses to prescribe drugs.

More than 760 people of the then-1.4 million registered with the DEA “were potentially ineligible” for licenses because the Social Security Administration reported them as dead, they did not have state-level permission to prescribe or distribute controlled substances or “were incarcerated for felony offenses related to controlled substances,” the 2016 GAO report stated.

Also, nearly 700 Social Security numbers in the DEA’s database were registered to multiple names or variations of names, “which can be a risk indicator of potential fraud,” the report showed.

Another nearly 42,000 entries in the DEA’s database listed an employer identification number rather than a Social Security number, the GAO found, which makes it more difficult to conduct background checks and prevent fraudulent identities.

In fact, one person convicted of defrauding Medicare in June 2013 was still actively registered with the DEA to dole out drugs as of January 2016, the GAO pointed out. The drug agency had no notes about the crime in its system.

Additionally, the DEA doesn’t conduct criminal background checks after an individual receives their license unless the crime is either self-reported or if the state of practice informs the agency, according to the GAO report.

Although the DEA’s diversion control office is supposed to be fully funded through the fees people pay to acquire the drug licenses, it’s faced periods of especially tight budgets, according to a 2008 IG report.

“I do think it is odd that the office has to be funded out of licensee fees,” Caulkins told TheDCNF. “It should be funded at whatever level it takes to get the job done. Perhaps that is less than the license fee revenue. Perhaps it is more.”

“It seems quite arbitrary to imagine that license fee revenue would end up magically providing just the right level of funding,” he continued. “But DEA would have to revoke an awful lot of licenses to seriously hurt that revenue stream (and it could presumably increase the size of the license fee by one percent to offset the losses).”

The DEA, for example, raised registration fees for the first time in 10 years in October 2003 in part to respond “to the threat of OxyContin abuse,” according to the IG report.

The DEA expected to rake in $238 million in 2006 but fell short by $75 million — or about one-third of the agency’s projection — the IG found. In 2007, the DEA settled a lawsuit that increased the amount the agency had to pay diversion investigators for overtime, which put additional financial restrictions on the diversion control office.

Consequently, the diversion office was forced to tighten its purse strings, according to the IG report.

“We found that overtime, travel and equipment purchases had been limited during the period of our review” as a result of the lawsuit and the revenue shortfalls, the report stated.

The DEA’s role and effectiveness in fighting the opioid epidemic has also recently come under fire.

One West Virginia county with a population of less than 3,000 was flooded with nearly 21 million opioid pills from two pharmaceutical wholesalers over roughly a 10-year period, a House Committee on Energy and Commerce investigation found. Republicans and Democrats alike scrutinized the DEA for failing to stop the pill dumping.

Lawmakers have also grilled the DEA for its lack of cooperation in the committee’s investigation, and the agency has faced subpoena threats for slow-walking the release of related documents.

The DEA ultimately didn’t oppose a 2016 bill pharmaceutical industry-backed members of Congress sponsored and co-sponsored that essentially eliminated the agency’s ability to use such suspensions, the investigation found. The legislation consequently passed with unanimous consent, and then-President Barack Obama signed it without question.

Both Caulkins and Wolfe noted the power pharmaceutical companies hold in forming policy and legislation, which has helped bind the DEA.

The DEA did not respond to requests for comment.

This report, by Ethan Barton, was cross posted by arrangement with the Daily Caller News Foundation. Andrew Kerr and Grace Carr contributed to this report. 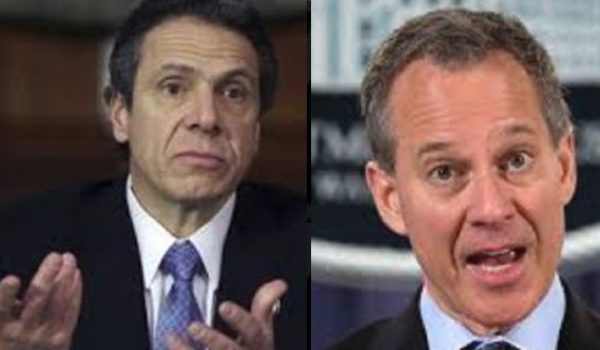 What did Gov. Cuomo know about his attorney general’s carryings-on, and when did he know it?
Next Post
U.S. to Iran: You don’t have us over a barrel anymore 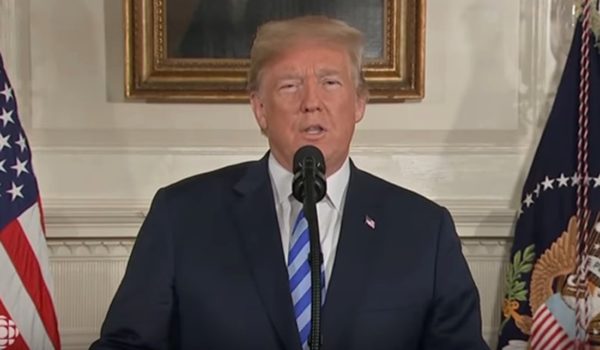