When Republican Judge Roy Moore’s campaign for the U.S. Senate was suddenly derailed in late 2017 following allegations that he had sexually assaulted three teenage girls in 1979, Moore was urged by representatives of both parties to withdraw from the race.

No one was louder in condemning Moore than House Democratic minority leader Nancy Pelosi, who, despite the fact the allegations were never proved, said on “Meet the Press” on Nov. 27, “We’re talking about a child molester.” She also articulated the position of women of her generation who are sexually harassed as “Zero tolerance, no more.”

Now another politician is facing charges of having molested a teenage girl whom he allegedly also drugged in 2007. This time, the pol is a Democrat: Rep. Tony Cardenas of California.

So is Pelosi calling for Cardenas’s head? Hardly. On Saturday, she released the statement contained in this tweet:

Pelosi calls for Ethics probe into Tony Cardenas, who has been accused of sexually abusing a teenager (he denies allegations) pic.twitter.com/yyf66thoFr

Like Moore, Cardenas denies the claims against him. His lawyer attacked the woman who sued him — identified only as “Jane Doe” — as “the daughter of a disgruntled former employee and [she] may be the victim of manipulation,” as quoted by Politico. 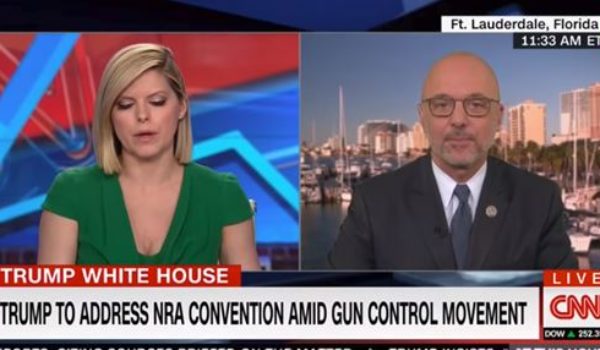 Dem rep calls for end to manufacture of semi-automatic guns, ‘get them out of our communities’
Next Post
Outrageous redactions to the Russia report