The U.S. Navy is bringing back a formerly disbanded Atlantic fleet to counter a growing threat from Russia and other international powers, military officials said Friday.

Adm. John Richardson, head of naval operations, announced the resurrection of the Second Fleet during a change of command ceremony in Norfolk, Va., the home of the Navy’s Fleet Forces command.

The reconstituted fleet will have “operational and administrative authorities” over assigned ships, aircraft and landing forces on the East Coast and north Atlantic Ocean.

“That’s why today, we’re standing up Second Fleet to address these changes, particularly in the north Atlantic,” he added.

Originally formed after WWII, the Second Fleet was shut down in 2011 to save money, and its responsibilities were merged into Fleet Forces command. At the time, the U.S. military was focused on global anti-terrorism missions and the ongoing wars in Iraq and Afghanistan.

Standing up the Second Fleet once again is part of a broader strategic shift away from counter-terror and counter-insurgency campaigns and toward a world of great power competition. Trump’s national security strategy specifically mentions Russia, China, North Korea and Iran and calls for “sustained investment to restore readiness and modernize our military” for a changing threat environment.

“It is increasingly clear that China and Russia want to shape a world consistent with their authoritarian model — gaining veto authority over other nations’ economic, diplomatic, and security decisions,” the document states.

The new Second Fleet will be based at Norfolk — its previous home. The headquarters staff will start with 15 personnel, eventually increasing to more than 200, the BBC reported.

U.S. defense officials have also offered up Norfolk as the future home of the proposed NATO Joint Force Command for the Atlantic. The Western alliance is expected to make a decision on the location of the new command this summer.

Poll: The blue wave that had been forecast in November has turned into a red wave
Next Post
Alabama boy regains consciousness after parents sign papers to donate his organs 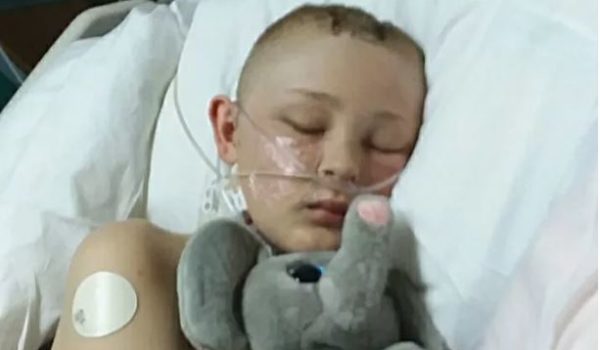