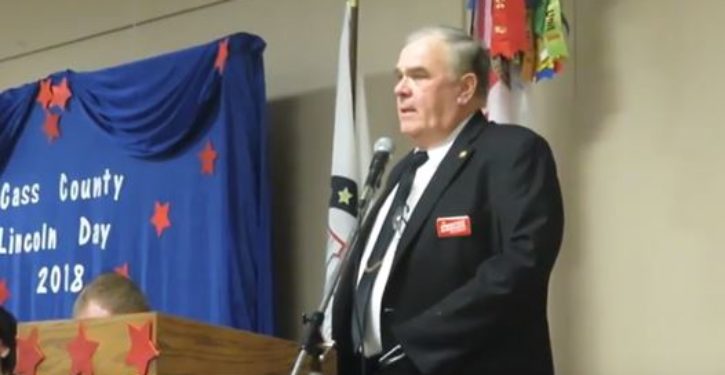 Many Indiana voters received a mailer this week attacking state Rep. Jim Baird, a candidate for the GOP nomination to Congress, for raising gas prices so high that it cost voters an “arm” and a “leg.” Veterans groups say the ad is offensive because Baird lost his left arm in Vietnam.

Citizens for A Strong America, a super PAC reportedly supporting Baird’s primary opponent Steve Braun, “has crossed the line,” according to With Honor, a non-partisan group supporting veteran political candidates.

“This piece attacking a candidate who lost his arm in the Vietnam War sinks to a new low. Clearly whoever created it and authorized it has no idea what sacrificing for your country means,” With Honor said.

Baird LITERALLY lost his left arm in combat during Vietnam War! #IN04 pic.twitter.com/sJmArS0pDq

Baird himself found the ad offensive to veterans.

“I think it’s disrespectful for the services and contributions that veterans have made, including myself, and I have a tremendous amount of respect for what they have done and what they’ve given and what freedoms that we enjoy in this country,” Baird said.

Braun and Baird are both running for GOP nomination in the 4th Congressional district, a seat left open by Rep. Todd Rokita, who is challenging Indiana Democratic Sen. Joe Donnelly.

The district has seven Republicans vying for the nomination, and this isn’t the only questionable attack ad associated with Braun’s campaign.

Another candidate for the GOP nomination who is a veteran, Diego Morales, is the target of an attack ad by the mysterious PAC that many see as racist.

Braun and Morales, the latter a former aide to Vice President Mike Pence, are thought to have the best chances of winning the May 8 Republican primary.

With Honor called on Braun to urge the PAC to desist from disseminating such attacks, but the candidate said he had no involvement in the ads and didn’t think the ads were acceptable. “I strongly condemn the mailing, and I’m frankly disgusted by it. These Super PACs have no respect for any of us running,” Braun said in a statement. “This is the latest and most blatant example of how these Super PACs come out of nowhere and throw mud.”

The PAC’s mailer against Morales said, “Diego doesn’t live here.” It could be a reference to the fact that Diego moved to the district shortly before filing to run for Congress, or an attack on his heritage — Morales emigrated from Guatemala in 1999. “Let’s send Diego back across town, where he actually lives!” the ad said.

Citizens for A Strong America, based in Charlotte, North Carolina, has raised $3.1 million for the 2018 midterms but so far has spent $641,000, according to federal campaign filings. 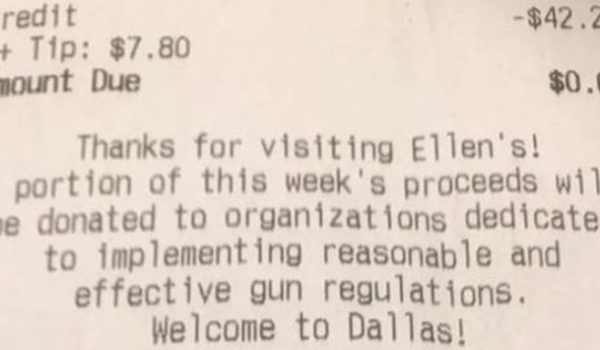