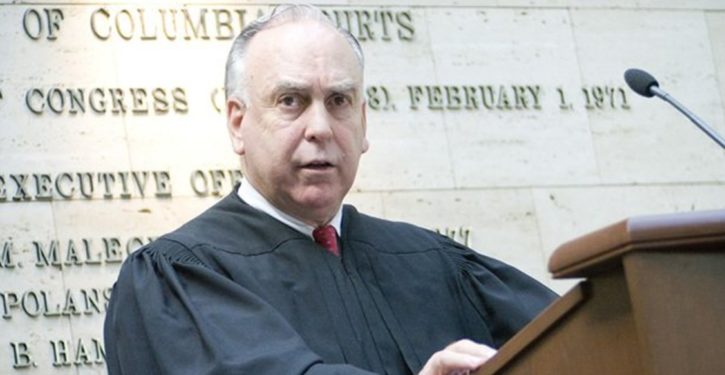 You know it’s been a banner week when it starts with some very interesting air strikes by Israel on Iranian targets in Syria, segues through a that-explains-a-lot Mossad Raid on Tehran from January, seems to freeze-frame on Trump and Giuliani doing an Abbott & Costello routine about Stormy Daniels (LOL; haven’t folks figured out yet that Trump uses this stuff to distract the media?), and culminates in a U.S. district court judge throwing the BS flag on the Mueller team and its prosecution of Paul Manafort.

Oddly enough, I was just writing about that last topic.  We ordinary citizens have endured long enough watching the Russiagate legal roller derby upend the rule of law with seeming impunity.  It’s encouraging to finally see a judge take note of the problem and do something about it.

Judge T.S. Ellis III of the Eastern District of Virginia did something about it this week.  In a hearing for Manafort, who is challenging the 18-count indictment lodged by the Mueller team, Ellis went beyond rebuking the Mueller prosecution for seeming to overstep its bounds.  He ordered Mueller to seek and produce an unredacted copy of the “scope memo” from 2017 that is supposed to have outlined the limits of his prosecutorial goals and powers.

The scope memo from the Department of Justice has been shrouded in secrecy from the beginning.  Congress has been trying without success to get a look at it.  Judge Ellis presumably has every authority he needs to demand to see it; and probably, given what Manafort is charged with, all the authority he needs to rule on the question of law it would settle as well.

Manafort’s attorneys argue the special counsel does not have the power to indict him on the charges they have brought – and seemed to find a sympathetic ear with Ellis.

The Reagan-appointed judge asked Mueller’s team where they got the authority to indict Manafort on alleged crimes dating as far back as 2005.

The special counsel argues that Deputy Attorney General Rod Rosenstein granted them broad authority in his May 2, 2017 letter appointing Mueller to this investigation. But after the revelation that the team is using information from the earlier DOJ probe, Ellis said that information did not “arise” out of the special counsel probe – and therefore may not be within the scope of that investigation.

A lot of us have been skeptical that bank-fraud crimes from 2005 have anything to do with the “Russian interference” probe of events in 2016.  Ellis encapsulated the suspicions of many with his line of inquiry to the prosecution:

“You don’t really care about Mr. Manafort’s bank fraud,” Ellis said to prosecutor Michael Dreeben, at times losing his temper. Ellis said prosecutors were interested in Manafort because of his potential to provide material that would lead to Trump’s “prosecution or impeachment,” Ellis said…

When Dreeben answered Ellis’ question about how the investigation and its charges date back to before the Trump campaign formed, the judge shot back, “None of that information has to do with information related to Russian government coordination and the campaign of Donald Trump. ”

At one point, Ellis posed a hypothetical question, speaking as if he were the prosecutor, about why Mueller’s office referred a criminal investigation about Trump’s personal attorney Michael Cohen to New York authorities and kept the Manafort case in Virginia.

They weren’t interested in it because it didn’t “further our core effort to get Trump,” Ellis said, mimicking a prosecutor in the case.

A credible summary.  Ellis wasn’t going to be snowed about the secret-squirrel nature of the scope memo, which Mueller’s team is apparently representing to the court as so ultra-majorly secret that its secrecy must prevent judges from ruling competently on a defendant’s constitutional rights.

Mueller’s team says its authorities are laid out in documents including the August 2017 scope memo – and that some powers are actually secret because they involve ongoing investigations and national security matters that cannot be publicly disclosed.

Ellis seemed amused and not persuaded.

He [Ellis] summed up the argument of the Special Counsel’s Office as, “We said this was what [the] investigation was about, but we are not bound by it and we were lying.”

So, admittedly, with the “C’mon man” exclamation, Ellis is establishing himself as our kind of guy.  It didn’t hurt that he went on:

The judge also gave the government two weeks to hand over the unredacted “scope memo” or provide an explanation why not — after prosecutors were reluctant to do so, claiming it has material that doesn’t pertain to Manafort.

“I’ll be the judge of that,” Ellis said.

That is his job, after all: being the judge of that.  The simplicity here is thought-provoking.  Ellis’ brief rejoinder, and not the Muh Secret-Stuff patter of the Mueller probe, is the rule-of-law answer.

We’ll see what Mueller and Deputy Attorney General Rod Rosenstein come up with as a response.  If they continue to stonewall on the scope memo, that will only tend strongly to confirm that the memo can’t withstand real scrutiny.

Judges are dependably entrusted with national secrets in the performance of their duties, after all.  It’s not as if there has been a rash of judges exposing national security information, when they view it in order to make proper decisions.  (Occasionally judges purport to rule on national security matters not constitutionally within their purview, but on the whole, up to now at least, they’ve been pretty self-policing and circumspect in that regard too.)

The remarkable thing about the entire Russiagate affair is how bizarrely in our faces its enormities have been.  Rosenstein, Mueller, the leadership in Congress – none has made any real effort to weave parsable stories to justify the autonomy Mueller’s been exploiting.  He’s exploiting it for all it’s worth right in the open, without bothering to explain – and just getting away with it.

The focus on Mueller should not be exclusive, for that matter.  He’s just the guy on the horse.  Everyone involved in fostering the narrative and its kinetic consequences has been telling whoppers, changing stories, and/or simply ignoring inconvenient inconsistencies.

Paul Manafort may not be anyone’s idea of a hero, but he ought to get a rule-of-law prosecution, just because he’s an American and fogged a mirror this morning.  What a treat to discover that Judge Ellis is committed to seeing that through in his courtroom.

Meanwhile, until someone has produced a Mueller C’mon Man gif, this will have to do: 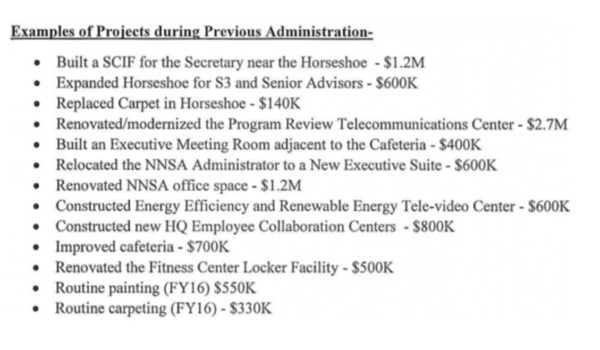