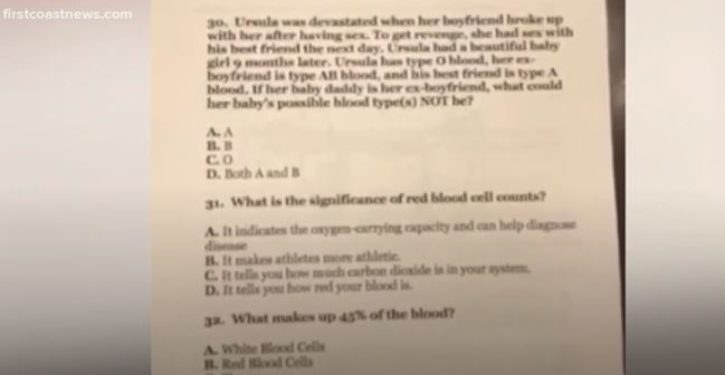 You’ve got to hand it to schools with their “zero-tolerance” policies. A first-grader dares to point his finger as a pretend gun and he’s suspended. A kindergartner whispers grace before tucking into her lunch and she is greeted with a tongue-lashing by the “lunch lady.”

Ursula was devastated when her boyfriend broke up with her after having sex. To get revenge, she had sex with his best friend the next day. Ursula had a beautiful baby girl 9 months later. Ursula has type O blood, her ex-boyfriend is type AB blood, and his best friend is type A blood. If her baby daddy is her ex-boyfriend, what could her baby’s possible blood type(s) NOT be?

The question leaves no stone unturned. It includes teen sex, revenge sex, and teen pregnancy. The only thing missing is teen abortion.

What makes the question that much more odious is that it wasn’t even presented in a sex ed course.

Understandably, one incensed father blew the whistle on the school. Via Jacksonville NBC affiliate WTLV:

Omar Austin told First Coast News that when his daughter, an eleventh grader at Westside High School, first read him the question, he thought it was a joke.

“Those type of questions should be left for reality TV and soap operas, not an eleventh grader’s anatomy class,” Austin said.

“The words ‘baby daddy’ and ‘baby mama’ being used, that’s foresight,” Austin said. “The fact that she’s having sex with one guy and to get revenge on this guy she has sex with his best friend the next day? I mean, that’s just not something that I want to teach any student.”

The school district was of course shocked — shocked, I tell you. They released a statement containing all the right buzz words. The called the assignment “highly inappropriate” and said they are “conducting a review of the situation” so that “appropriate and corrective action” can be taken.

But one school board member named Scott Shine spoke independently, telling reporters he is waiting on confirmation of the worksheet’s legitimacy. “We have to confirm,” he is quoted as saying, “did someone put this in here as a sabotage?”

Meet the next president of the school board! 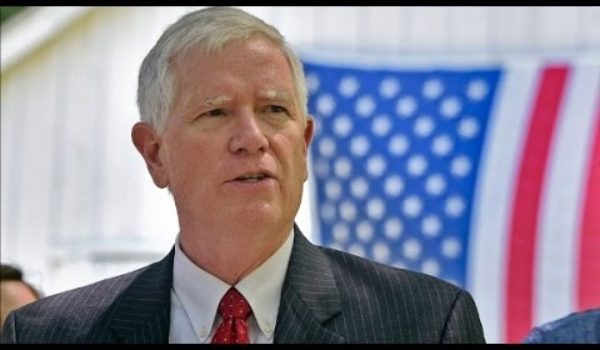