Joy Reid’s decline from respected (by the Left) host on MSNBC has been swift and appears on the verge of hitting rock bottom any time now.

It all began five days ago, when Mediaite reported having unearthed a passel of anti-gay posts at her now-defunct blog “The Reid Report.” Reid immediately went into damage control mode, claiming someone had hacked the blog and inserted the slurs. But that argument began to crumble when an analysis by The Daily Caller News Foundation published here at LU found that “the posts were similar in substance to homophobic posts that Reid admitted to writing about former Florida Gov. Charlie Crist.”

Reid’s troubles doubled on Friday when a second batch of posts, these taking shots at Islam, declaring that the religion is “largely incompatible” with Western democracy, were dredged up. The left-leaning Daily Beast meanwhile had cut its losses a day earlier, when it announced that it was suspending Reid’s semi-regular column for the website.

This morning, another shoe dropped. As noted by Mediaite’s Joe DePaolo, Reid again addressed the controversy on her Saturday show. But this time, there was something markedly different about her denial:

I genuinely do not believe I wrote those hateful things because they are completely alien to me. But I can definitely understand, based on things I have tweeted and I have written in the past, why some people don’t believe me. I have not [sic] exempt from being cruel or hurtful to the very people I want to advocate for. I own that. I get it. And for that I am truly, truly sorry. [Emphasis added]

The highlighted words almost sound as though Reid is no longer sure whether she did or didn’t pen the posts, which itself comes off as a feeble effort to muddy the subject.

For Reid, who just two months ago was hailed as the heroine of the resistance, the parting of ways with MSNBC, which now seems inevitable, may well mark the end of her career. Whether she deserves to be cast out for sharing her views, however unpopular with the Left they may be, remains to be seen. We do after all live in a nation that protects the rights of each of its citizens to speak his mind freely. But the rules that will now determine Reid’s fate were laid down by the Left. Just as she has lived by them, so now now must she die by them. 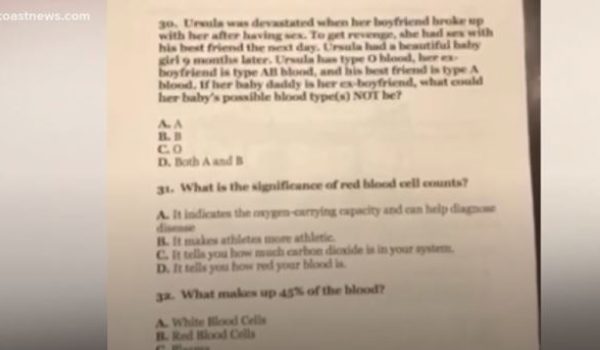 Parent outraged over sexually explicit question found on HS homework assignment
Next Post
Rep. Louie Gohmert has compiled a dossier on the professional record of Robert Mueller. It’s not pretty