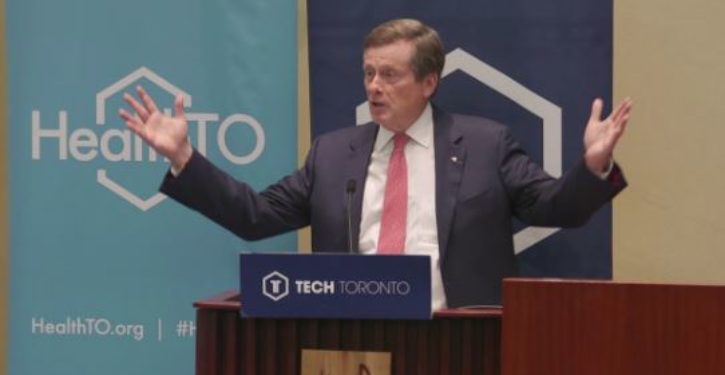 After a man mowed down pedestrians with a rental van in Toronto, killing at least nine people and injuring several more, Toronto Mayor John Tory encouraged residents to remember their city’s worldwide reputation for tolerance and inclusiveness.

“This is a time when this community should come together … I hope that we will, as a city, remind ourselves of the fact that we are admired around the world for being inclusive and for being accepting and understanding and considerate,” Tory said at a news conference.

Toronto Mayor @JohnTory: “This is a time when this community should come together…I hope that we will, as a city, remind ourselves of the fact that we are admired around the world for being inclusive and for being accepting and understanding and considerate.” pic.twitter.com/prHLH4n6HR

The suspect, who has been identified as Alek Minassian, drove a white Ryder van onto a sidewalk north of downtown Toronto, police said. After smashing into several pedestrians and coming to a stop, the man exited the van and waved a dark object at responding police officers. A brief standoff ensued, but officers were able to detain the suspect without firing any shots.

He is in custody following the incident, which is being treated as a deliberate attack, acting Toronto Police Chief Peter Yuen confirmed. Witnesses described the suspect as being “Middle Eastern” in appearance, but authorities have not said if the attack is tied to Islamic terrorism.

Monday’s incident was reminiscent of an attack in Edmonton, Canada, in September 2017, when a Somali refugee went on a rampage downtown, stabbing a police officer and running over several pedestrians with a stolen truck. The attacker, Abdulahi Hasan Sharif, had an Islamic State flag in his car and was known to police for “espousing extremist ideology.”

Is ‘can’t prove untrue’ the new standard in the Trump probe?
Next Post
Cartoon of the Day: A mountain of evidence 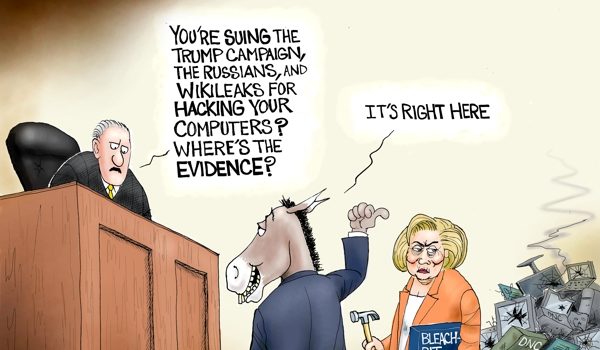