The headline is borrowed from a tweet by Elie Mystal, editor of the left-leaning blog Above the Law. It is in reaction to the announcement by coffee giant Starbucks that the company will shut down its stores nationwide on May 29 so that its employees can re-learn the lyrics to “Kumbaya.”

That action in turn is a reaction to the kerfuffle that has arisen following the arrest last week of two black men who were deemed to be loiterers by the manager of a Philadelphia branch of the chain.

As noted in this space yesterday, the manager clearly overreacted in calling the police, who hauled the two men off on charges of “trespassing.” But so since have the CEO of Starbucks, the mayor of Philadelphia, the liberal media, and much of black America.

Consider the story painted in its broadest strokes. Two men were briefly inconvenienced, due in part to their own belligerence — when the manager threatened to call the police, they elected to “stand their ground” — and the manager has been fired (rightly or wrongly: No one bothered to get his side of the story about what went down). So why is this still making headlines?

Because it has been decided that white America needs another refresher course on race relations. According to Elie Mystal, that will come in the form of coffee deprivation on May 29. (Just as an aside, won’t blacks be deprived, too? They obviously are consumers of Starbucks as well.)

But the main recipients of this lesson will be employees of Starbucks themselves, and therein lies the rub. As a company, Starbucks has prided itself for years in being the champion of all things liberal. It has been:

But above all else, there has been consciousness-raising with respect to race. In 2015, founder and then-CEO Howard Schultz launched a campaign called “Race Together,” which he described as “an opportunity to begin to re-examine how we can create a more empathetic and inclusive society — one conversation at a time.” Baristas were encouraged to initiate discussions about race with customers they were serving.

Finally there’s this: Forty percent of Starbucks employees are people of color.

At some point, liberals are going to have to acknowledge that maybe the conversation on race that needs to take place should be among themselves.

Starbucks to close all U.S. stores on May 29 for employee re-education on racial bias
Next Post
Like clockwork, liberal hatemongers celebrate death of former First Lady Barbara Bush 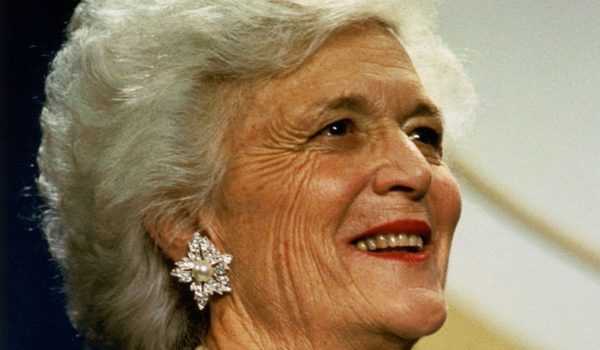