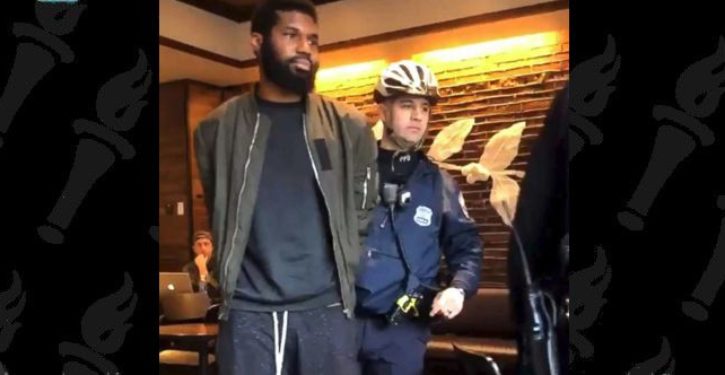 One of the two black men arrested at Starbucks (Image: Cellphone video still)

“We know that you don’t have the power to change everything — you’re just a figure head. But we’re going to get to those in power, and we’re going to make sure that we shut you down.”

Those are the words one protester of coffee giant Starbucks had for executives of the Seattle-based company, according to ABC News. The threat was made in reaction to the arrest last Thursday of two black men at a Philadelphia branch of the chain. The incident started when employees asked the men to leave because they weren’t paying customers. When the pair refused, the manager threatened to call the police, which one of the two responded to with the challenge “Go ahead and call the police. We don’t care.”

Police arrived and again asked the two to leave — several times. When they refused to comply, they were arrested for trespassing, handcuffed, and escorted out of the establishment.

There is no question that the management overreacted. According to the comments of customers, the men were causing no disruption and claimed they were there to meet a friend.

At the same time, this is also a case of self-martyrdom on the cheap. The two could just as easily have picked up and left but chose instead to hang tough, perhaps counting on the story to be blown out of proportion.

Which is exactly what has happened. Starbucks CEO Kevin Johnson offered a schmalzty written apology in which he flagellates himself over the “disheartening situation” and the “reprehensible outcome” it led to.

But that was not enough. Neither was the firing today of the store’s manager. Philly Mayor Jim Kenney has gotten involved, tweeting:

I’m very concerned by the incident at Starbucks. I know Starbucks is reviewing it and we will be too. @PhillyPolice is conducting an internal investigation. https://t.co/fp0NjwiO2L

Others have taken to Twitter to express their sheer outrage over what is clearly another racial injustice:

No no apologies aren’t enough for this kind of action. Similar case happened to me in New York. All I did, I started to charge my phone before I ordered a coffee! The manager says, for no reason,” stop charging your phone I am gonna call the security, leave this place!”

So when are you going to FIRE the employee who placed the call for PROFILING two Black Men who were just sitting there waiting on a colleague? When will you FIRE the manager who allowed the call and didn’t absolutely nothing to stop it? I have questions @Starbucks!!

Do you realize the humiliation that these two African American felt yet they showed you REAL POWER from REAL MEN with an African heritage they held their tongues, they held their heads high as Kings of men, men of INTEGRITY can you say the same for yourself? I doubt it

Protests are now underway. At 7 a.m.two dozen protesters filled the the Philly coffee house where the incident happened, chanting, “Starbucks coffee is anti-black.”

Some, as noted earlier, want to shut the company down.

Anyone else think this is a little over-the-top? 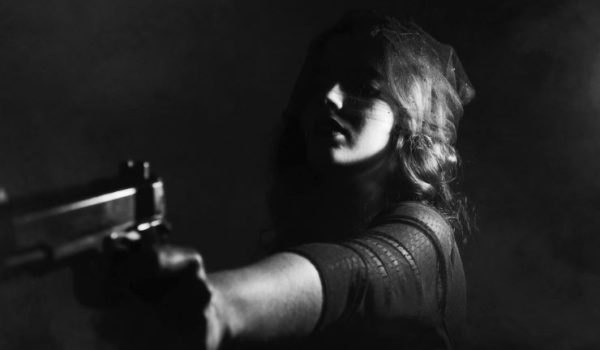 Man with hatchet threatens Arizona woman who, it turns out, was armed
Next Post
California: Brown rejects planned border duties for National Guard