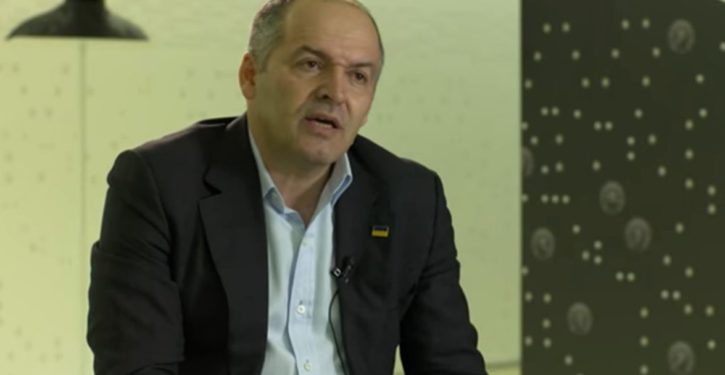 The special counsel’s office is investigating a $150,000 donation a Ukrainian businessman made to President Donald Trump’s charity in 2015, according to a new report.

The donation, from steel magnate Victor Pinchuk, pales in comparison to contributions he gave to the charity Bill and Hillary Clinton set up. The billionaire has contributed $13 million to the Clinton Foundation since 2006 and had access to Hillary Clinton while she served as secretary of state.

But Special Counsel Robert Mueller is not investigating the Clintons. Instead, he is conducting a broad investigation of Donald Trump, including the flow of foreign money into various Trump-controlled entities.

Mueller began investigating the Pinchuk donation after receiving documents in response to a subpoena issued to the Trump Organization — the real estate company Trump ran before entering politics.

In September 2015, Trump appeared via video link at a conference Pinchuk hosted in Kiev. Trump’s personal attorney, Michael Cohen, negotiated details of the event with Douglas Schoen, a former consultant for Bill Clinton, according to The New York Times. Trump did not initially request payment for the appearance, but Cohen contacted Schoen at one point to request a $150,000 honorarium, The Times reported.

The Victor Pinchuk Foundation issued a statement to The Times, downplaying the donation to Trump. The charity reached out to Trump and other world leaders in order to “promote strengthened and enduring ties between Ukraine and the West,” it said.

Contact to Trump was made at a time when “it was by no means assured that Mr. Trump would be the Republican nominee in 2016,” the foundation pointed out.

Pinchuk appears to have had a much closer relationship to the Clintons.

In June 2012, the billionaire attended a dinner at the Clintons’ residence. And through Schoen, Pinchuk lobbied the State Department in 2011 and 2013. Documents filed with the Justice Department show Schoen and Pinchuk met on several occasions in 2012 with Melanne Verveer, a close Clinton associate who then served as an ambassador at large for global women’s issues.

The FBI reportedly investigated the Clinton Foundation over its foreign donations. The status of that investigation is unclear.

Mueller’s raid on Trump’s lawyer: Good news and bad news
Next Post
Sarah Palin: I would run for higher office ‘again in a heartbeat’