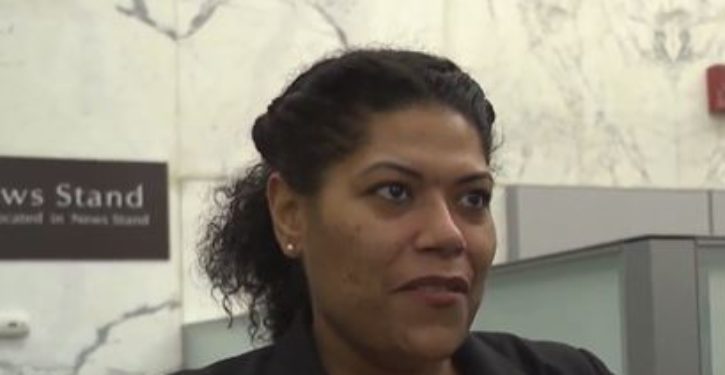 Nice work if you can get it!

Rochester, N.Y., City Court Judge Leticia Astacio last reported for work on Feb. 27. She hasn’t shown up since, which is hardly unusual considering she hadn’t been to work previously since Aug. 31, 2017.

Astacio, who claims she has been ill and even has a doctor’s note, is incredulous that the media care about any of this.

“I can’t even begin to fathom why this is a story. All of the judges in New York are getting raises,” she told the Democrat & Chronicle. “Last year there was a raise too, but it wasn’t news then for whatever reason. I am so tired of being the focal point of the Rochester media like there’s nothing else for them to talk about. That’s insane.”

In a Facebook video released Monday, Astacio, who is black, suggested another explanation for the media’s focused on her: “It’s biased reporting to talk about me getting a raise when everyone got a raise.”

Astacio’s rare appearances in court include one in which she was the defendant. In February 2016 she was arrested on drunken driving charges and subsequently convicted and sentenced to 60 days in jail, three years probation, and six months with an alcohol ankle monitor.

The Democrat & Chronicle notes that “the state’s Commission on Judicial Conduct, which considers allegations of misconduct by judges, is now scrutinizing the conviction and other actions by Astacio, including violations of her original post-conviction guidelines.”

And you wonder why we can’t have nice things in this country.