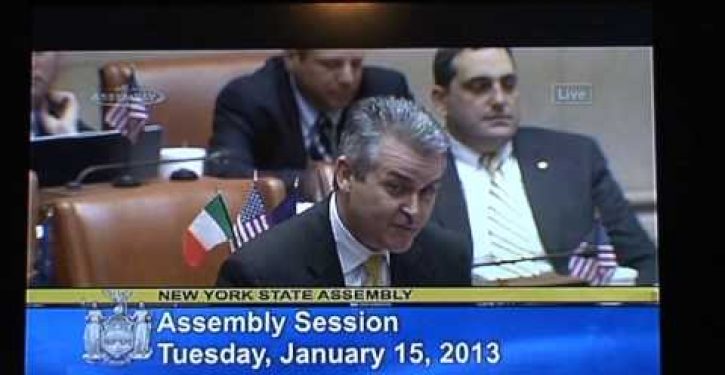 The New York Times created quite a stir when it ran a front-page op-ed – the first of its kind since 1920 – endorsing the mass confiscation of firearms from everyone in America.

The notion that far-left, Second Amendment-hating hacks would endorse the wholly unconstitutional confiscation of guns is no surprise. After all, a large part of the Left’s focus has been to demonize guns and gun owners, calling for barely disguised infringements on our liberty.

But it is dangerous, and we must take these threats to our liberty seriously.

As a reminder, here are five times that prominent Democrats have advocated abridging your Constitutional rights:

Prior to enacting his highly controversial SAFE ACT in New York State, Cuomo suggested that certain gun control policies would be explored.

Tkazyik left the organization, saying “I don’t believe, never have believed, and never will believe that public safety is enhanced by encroaching on our right to bear arms, and I will not be a part of any organization that does.”

“All they want to do is have their little guns and do whatever they want with them,” one senator said. “They don’t care about the bad guys.”

During debate of gun control measures, Democrat Tom Abinanti of the New York State Assembly angrily explained that he was “tired of hearing about legal, lawful gun owners” and suggested that future legislation could make “none of these guns at all” legal in the future.

He added that most gun owners should be content with having “one gun with one bullet.”

This is the granddaddy of them all.

During debate of New York’s Second Amendment-infringing Safe Act legislation, Assemblyman Steve McLaughlin introduced a wish list for Senate Democrats that included plans to confiscate so-called “assault weapons,” confiscate ten-round clips, and set up a database for every gun in the state.

During the debate, a video of which appears below, one Democrat requested that McLaughlin not reveal the wish list as it could “dampen the enthusiasm of compromise.”

McLaughlin replied, “It absolutely has the ability to dampen a compromise” when we’re talking “about the confiscation” of guns. 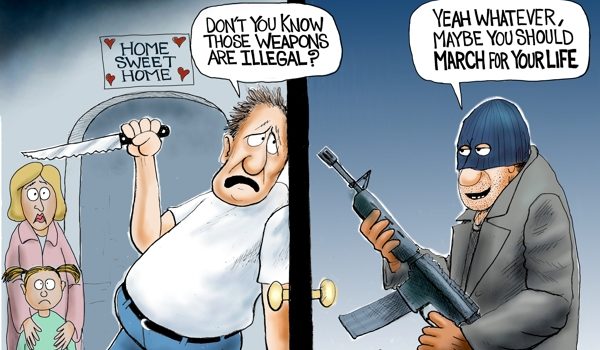