“Telegenic and media-savvy is one way to describe David Hogg.” So drooled The Denver Post’s Margaret Sullivan days after the shooting deaths of 17 of Hogg’s classmates catapulted him into the media limelight.

Since that flattering thumbnail was penned, young Hogg has demonstrated that he is anything but media-savvy. A week or so after the deadly shootings at Marjory Stoneman Douglas High School, Hogg demonstrated the kind of journalist he aspires to be by seeking out career advice from Godfather of Fake News Dan Rather!

His proposals for reducing gun violence, always grounded in myth and misconceptions picked up from the liberal adult echo chamber, have grown increasingly shrill and profanity-laced. His attack on Sen. Marco Rubio at Saturday’s “March for Our Lives” was so ugly and mean-spirited that even CNN’s reliably left-leaning Alisyn Camerota thought he crossed a line:

CNN's Alisyn Camerota calls out David Hogg for his vicious attacks on Marco Rubio, Hogg responds he doesn't think he is being "provocative enough."

Hogg, who made several false claims in the segment, says laws being passed by Republicans "have more holes than swiss cheese." pic.twitter.com/NckhG6Cw7r

But for all the grievous character flaws Hogg has exhibited in the six weeks since the shootings in Parkland, none is more damning than his lack of sincerity. This shortcoming was first suggested shortly after the massacre when his mother, Rebecca Hogg, told TMZ that her son was too busy to grieve the death of his classmates.

While I was in there [a closet, hiding from the shooter], I thought, ‘What impact have I had? What will my story be if I die here?’ And the only thing I could think of was, pull out my camera and try telling others. As a student journalist, as an aspiring journalist, that’s all I could think: Get other people’s stories on tape. If we all die, the camera survives, and that’s how we get the message out there, about how we want change to be brought about.

His first thoughts after having survived a deadly massacre were not about the victims and whether they included any of his friends. Instead, they were to rush home, grab his camera, and bike back to school so he could play reporter. This is one of the most sickeningly exploitative acts I have ever read about.

Marie Harf on Stormy Daniels interview: Republicans have said for years ‘morality’ matters
Next Post
Trump’s census change could give GOP advantage for years to come 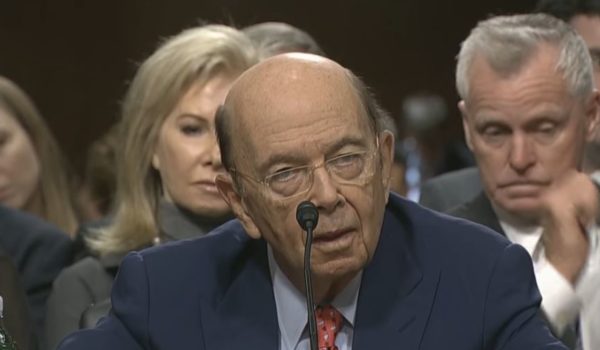