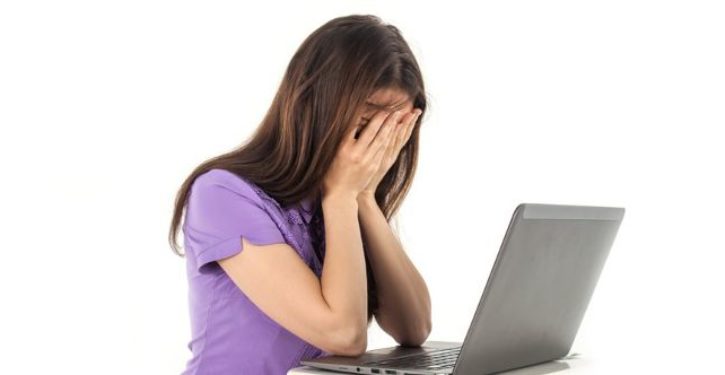 Multiple schools across the country are reportedly resorting to artificial intelligence and other methods so they can scan students’ social media posts for signs of violence or depression.

As America reels from a spate of shootings at educational institutions in recent months and years, Shawsheen Valley Technical High School in Massachusetts is employing a data analytics firm to assess teenagers’ online tendencies, according to NPR affiliate WBUR.

Social Sentinel, a Vermont-based company, is paid $10,000 a year to look out for content that portends danger, or so-called “language of harm.”

“We went back, for example, and looked at the language that school shooters, as one example, have used in the past in various manifestos — what’s been published or that they’ve shared on social media,” the company’s founder, Gary Margolis, told WBUR. “And we went to understand similarities and patterns. And we can teach computers, to an extent, how to identify some of that nuance.”

In order to establish a database of more than 450,000 words and phrases to include in its algorithm, Social Sentinel worked with linguistics, public safety, and mental health experts.

“We are not a surveillance tool; we’re not a monitoring tool; we’re not an investigative tool,” said Margolis, a former chief for the University of Vermont Police, while also adding that there can be “false positives” in which alerts of a potential threat are not legitimate. He says that they only parse through public social media posts, not private ones.

And Margolis’s company’s software isn’t just for threats of violence directed at others, but also for self-harm.

The Massachusetts school’s superintendent, Tim Broadrick, said Margolis’s services were very useful early on after “one of the alerts they sent us indicated that one of our students’ mental health condition was deteriorating, maybe to the point that student’s life could have been in danger.”

That student, school counselors then discovered, was planning to commit suicide before eventually getting the assistance and attention they needed, WBUR reported.

Still, despite Margolis’s claims that they don’t monitor or surveil their clients’ members (in this case high school students), privacy advocates have concerns.

“This is an expansion of the schools’ ability to police what students are doing inside of school or on campus to their outside-of-school conduct,” Kade Crockford, who directs the Technology for Liberty Program at the ACLU of Massachusetts, told WBUR, adding:

In many cases across the country, schools have been using social media surveillance tools in ways that have harmed, specifically, students of color. So we certainly have concerns about technologies like this being used to expand what we call the school-to-prison pipeline.

Similar to Shawsheen Valley Technical High School, the Miami-Dade school system requested $30 million in funding earlier in the year, part of which would reportedly be used for “advanced monitoring of social media and social workers” to discern distressed students. There are several other examples of schools sponsoring or at least aiding in the surveillance of students’ online activity.

As America tries to find solutions to persisting and significant problems like school shootings, there will always be push-back from larger portions of the public that it’s not necessarily the proper solution, or isn’t worth the potential negative consequences.

The Obama administration’s Department of Homeland Security, for instance, proposed a policy in August of 2016 to allow Customs and Border Protection officials to request personal social media information when traveling internationally. U.S. border officials conducted a substantially higher amount of electronic device searches in 2017 (58.5% increase) when compared to the prior year, according to the agency itself.

The attempts at increased security, which many consider a violation of privacy, has continued under the Trump administration.