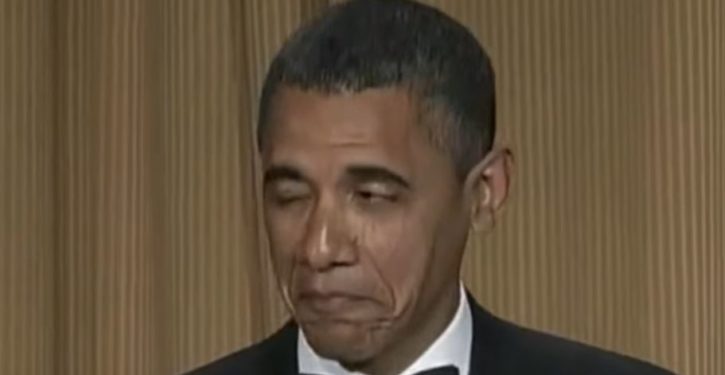 With every passing day, a new revelation of the mind-blowingly massive corruption within the administration of Barack Obama surfaces.

If anyone else had committed the crimes that Obama and his cronies committed — and I am referring just to those that are now public knowledge — that person would go to prison and likely never see the outside of a cage again.

Obama’s scandal du jour involves a “smash and grab” scheme he reportedly practiced along with his pals. Here is how the scheme worked:

In the real world — you know, the one outside the Washington beltway? — that scheme is called insider trading, and it is punishable by up to 20 years in prison and millions of dollars in punitive fines. From the SEC:

Criminal Penalties. The maximum prison sentence for an insider trading violation is now 20 years. The maximum criminal fine for individuals is now $5,000,000, and the maximum fine for non-natural persons (such as an entity whose securities are publicly traded) is now $25,000,000.

This wasn’t the only “get-rich-quick” scheme practiced by Obama and his cronies. There were other nefarious schemes that enriched the likes of Mitch McConnell to the tune of many millions of dollars, as well as Joe Biden’s son, Hunter, who scored a $1.5 billion deal with the Chinese.

Peter Schweizer is president of the Government Accountability Institute. He is also a bestselling author who discussed his latest book, “Secret Empires: How the American Political Class Hides Corruption and Enriches Family and Friends” during Monday’s edition of SiriusXM’s Breitbart News Tonight (audio below).

Schweizer was interviewed by Breitbart News Editor-at-Large Rebecca Mansour, who asked him to explain Obama’s “smash and grab” scheme. Schweizer explained how Obama and his close friend, Martin Nesbitt, would capitalize on Obama’s announced intentions to implement executive order regulation.

Peter Schweizer: This one was really surprising because, I have to say, I did not think of Barack Obama as somebody who was necessarily involved in financial corruption. I mean, there are all these controversies or certain issues about his policies, but Barack Obama has this best friend that few people have ever heard of, a guy named Marty Nesbitt. When Barack Obama is reelected in 2012, his best friend in the world, Marty Nesbitt, sets up this private equity fund called Vistria, and Vistria says in its corporate documents, explicitly, that it is designed to invest in highly regulated industries, and when your best friend is the regulator-in-chief, I guess that makes sense, and what happens is, they make a series of investments or deals based on companies or industries that are being smashed by the Obama administration’s regulations.

As one example of Obama’s “smash and grab” scheme, Schweizer described how Nesbitt’s private equity firm, Vistria Group, acquired the University of Phoenix:

Schweizer: So to give you one brief example, [the] University of Phoenix, it’s a for-profit school — a lot of people have heard of it — the Obama administration declares that the company is not serving students well, and they say, ‘We are going to suspend GI dollars from the Pentagon for soldiers to study at the University of Phoenix. Well, you can imagine, this for-profit university, its stock price goes from like a hundred dollars a share down to three dollars a share overnight. So what happens? Marty Nesbitt, Barack Obama’s best friend, says, “Hey! We’ll step in and buy it. We’ll step in and buy the company.” They do. They basically buy it for three cents on the dollar, and then, lo and behold, imagine what happens next. The Obama administration decides that, ‘No, we are going to allow GI dollars flow to the University of Phoenix,’ thereby boosting the valuation of the company again.

Schweizer: This pattern is repeated over and over and over again, not just with Marty Nesbitt, but with people like the environmentalist investor Tom Steyer [and] George Soros. Barack Obama smashes coal companies, [and] what do these guys do? They go in, they buy them for pennies on the dollar, and when the regulatory weight is lifted, their valuations increase, and they make a lot of money, and you see that pattern in all of these industries. So what you see is these crusades that Obama is going on related to companies that are supposedly doing all these evil things really has this profit or money-making component to it that I was unaware of, and a lot of other people were unaware of. Now, in a sense, the favor gets returned because Marty Nesbitt is now the chairman of the Obama Foundation and is pouring money into that institution and is responsible for raising it so Barack Obama’s legacy can be applauded in Chicago.

I can only imagine the suffering of the thousands of people who lost investments, jobs, homes, families, all so that Barack Obama and his pals could get even richer.

If any of Schweizer’s claims are documented and provable, this could be the scandal that finally puts Obama away. If he gets away with this, there simply is no justice in America.

If you would like to cut to the chase and listen to the dialogue specific to the “smash and grab” scheme, it begins at the 14:30 mark. 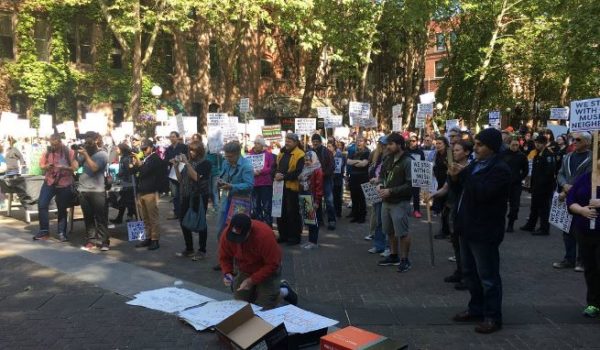 High school walkout being organized that exposes liberal bias in schools
Next Post
Cartoon of the Day: Who’s your data? 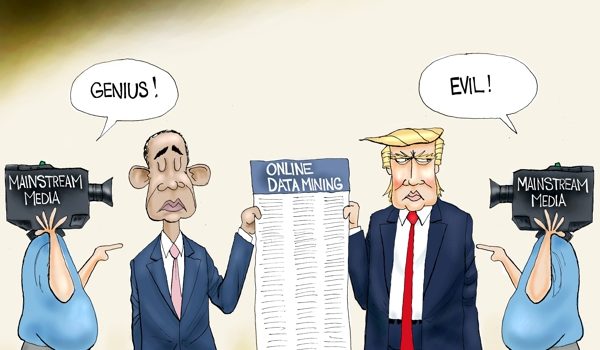