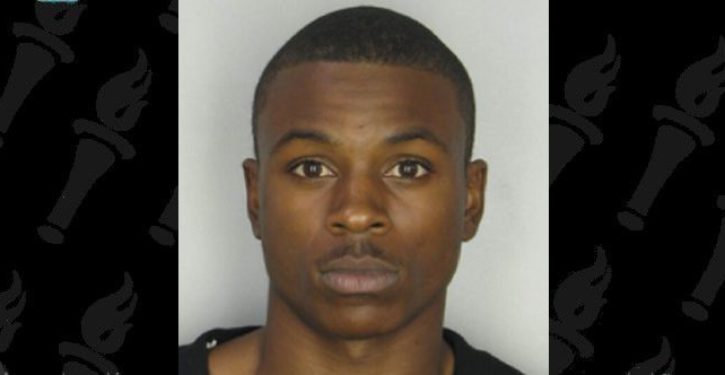 Talk about serving two gods! Ronnie Oneal [sic] III, of Riverview, Fla., has been charged with two counts of first-degree murder and one of attempted murder, as well as resisting arrest and arson, after fatally shooting his wife and stabbing his daughter to death, then torching the house. Oneal also tried to murder his son, but the child survived the attack.

On Sunday at around midnight, 911 received a call from an agitated man who told the dispatcher, “I’ve just been attacked by some white demons. … She tried to kill me and I just killed her.”

The caller, it turned out, was Oneal himself, and the “her” was his wife, Kenyatta Barron.

When deputies with the Hillsborough County Sheriff’s Department arrived on the scene, they found Oneal in the driveway of his home shouting “Allah Akbar!” Initially he refused to be restrained and had to be Tased.

So what was Oneal’s motivation for murder and mayhem? It’s hard to say, though religious fanaticism and racism were certainly factors.

Heavy reports that Oneal had a record with the Hillsborough County Sheriff that included driving with a suspended license, and two misdemeanor pot possession charge. In addition, he was charged with “conspiracy to traffic in cocaine” in 2007.