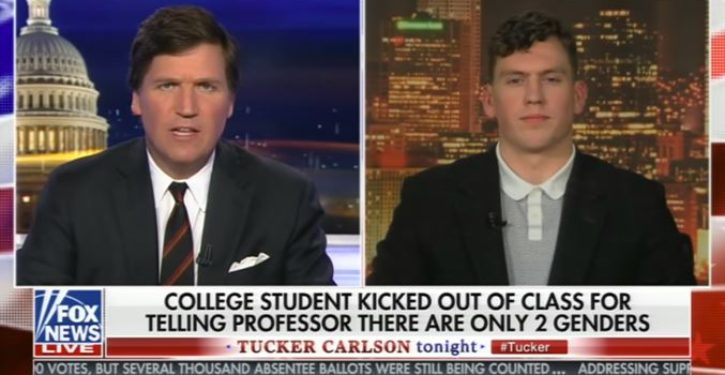 The president of Indiana University of Pennsylvania confronted recent campus challenges to the First Amendment on Monday and settled the case of a censored student.

IUP president Michael Driscoll sent an email to the student body Monday saying that he was disappointed in the university community’s responses to recent challenges to free speech. Driscoll cited the criticism of a conservative student group and their reaction to being called fascists and Nazis as well as the case of senior student Lake Ingle, whose professor in “Special Topics In Christianity: Self, Sin, And Salvation,” Alison Downie, kicked him out of class for challenging her alleged assertions about transgenderism and the “reality of white male privilege,” systemic sexism, and “mansplaining.”

Driscoll’s email, which was provided to the Daily Caller News Foundation, reads in part:

A little over a month ago, we learned that a recognized student organization had invited the founder of its national organization to speak at IUP. The organization is conservative in nature and has some vocal critics. Some started name-calling, referring to the speaker and the leaders of the IUP student organization as Nazis and fascists and the like, demanding that I not allow the speaker to appear on campus. And the student leaders, stung by the names, demanded that I make those people stop it.

In a free society, people with opinions you don’t like are allowed to exist, are allowed to speak, and can call you names. People are even allowed to write essays that use violent metaphors to describe their feelings about a challenging situation without fear of punishment. There are legal limits on free speech, but imposing them requires meeting a very high standard, such as an imminent and direct threat of harm to another. That said, I am disappointed that in the presence of a test of our devotion to the First Amendment and to the IUP Way, we fell short as a community.

Downie and Ingle appeared at a hearing before the university’s Academic Integrity Board on March 9 in which Downie argued that Ingle’s contributions to class discussions were domineering and disruptive, while Ingle and his legal counsel argued that Downie had never expressed an issue with his comments in the seven weeks of class thus far until his Feb. 28 disagreement.

Ingle, according to the email, will be allowed to continue in the class, and Assistant to the President for Social Equity, Pablo Mendoza, “a senior faculty member with significant experience in the First Amendment” is assigned to the class as a monitor for class discussions and as a mentor.

Driscoll mentioned Ingle’s choice to bring his story to the media, which included an interview on “Tucker Carlson Tonight,” as one of the extenuating circumstances that prompted him to break from university procedure in Ingle’s case.

“As I see it, a more thoughtful application of the IUP Way would probably have resulted in a reasonable resolution of the matter, with significantly less anger and anxiety, and without spurring the resulting spate of invective, threat, obscene phone calls, and misinformation. As a result of how things have played, I am afraid that the thoughtful, dispassionate review of the matter is impossible. I do, however, believe that the IUP community is filled with good people and hope that a somewhat tardy application of the IUP Way will resolve the matter such that we all learn something and can improve how we work together in the future,” Driscoll’s email continues.

Ingle told TheDCNF that he was pleased with the outcome of the case.

“I am thankful the president made the correct decision,” Ingle told TheDCNF in a text message.

Ingle noted that Driscoll mentioned in the email that the university provost had notified Ingle last week that he could return to class. Ingle clarified, however, that the provost’s decision to allow him back in the classroom despite a previous order that he refrain from contact with the professor or his classmates until the matter was resolved was independent from the AIB’s impending ruling and could have been overturned had the AIB ruled against him or Driscoll not intervened.

Driscoll acknowledged that his solution to Ingle’s case was not only unorthodox but also left him open to lawsuits since he broke with “agreed upon processes and policies.” He argued that the importance of the issues of free speech and open discussion on the university’s campus called for such a decision.

“In matters that involve the fundamental values of IUP such as open discussion, civil dialogue, and reasoned disagreement in the service of learning, I will take the risks rather than rest on the safe but ‘foolish consistency that is the hobgoblin of little minds,’” Driscoll wrote in the email, quoting Ralph Waldo Emerson. 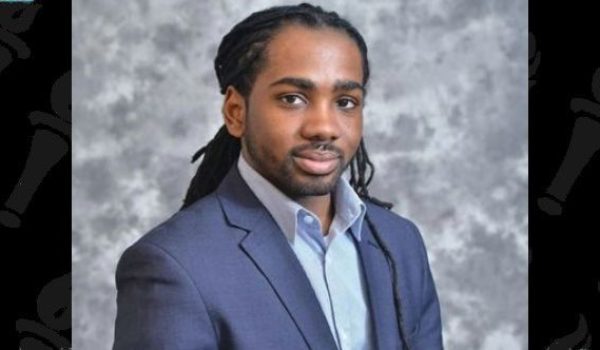 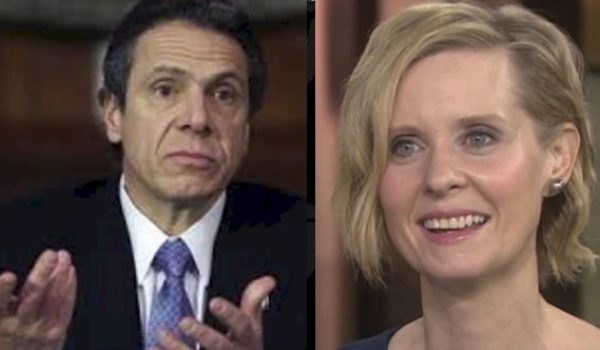