No doubt there are numerous candidates for inclusion in this round-up, which should prepare you for a nice Friday and a great weekend.  But we’ll go with these.

In California, we have the president pro tem of the state Senate appointing an illegal migrant to a state advisory commission.  This is the first time such an appointment has been made at the state level.  (There have been at least two prior appointments of illegals to city commissions in Huntington Park.)

This raises questions, of course, like why anyone in California should trust state officials for anything, or obey the law him or herself.

Whatever the state’s law may say about the qualifications for service on this committee, the appointee herself is in the country illegally.  Senator Kevin de Leon knows that.  There is no basis now for assuming him to be a person of integrity and character on any matter, or for assuming that the state government is acting in good faith.

Why shouldn’t we all just break whatever laws we feel like breaking?  What argument can there be for compliance with the law as a transactional obligation, when public officials hold themselves excused from it — and pick and choose arbitrarily whom else to hold accountable?

Also in California, we have a high school teacher in Rocklin being put on administrative leave after she led her class in a discussion on the merits of the anti-gun walkout held on 14 March.  (This starts to look like a trend, considered alongside the principal in Minnesota, reported by Howard Portnoy, who threatened to have a student arrested for carrying a sign that read “guns don’t kill people, people kill people” during the walkout.)

Reportedly, the teacher in Rocklin didn’t discourage anyone from participating in the walkout, which I think we would all agree is not her place to do.  It’s also not a teacher’s place to encourage anyone to participate, but that has been tolerated unequally in schools across America this week.

The teacher did, however, ask students to ponder whether they’d be allowed to walk out for a demonstration on another topic, such as expressing pro-life sentiments.  She suggested that not all forms of protest are treated equally:

Benzel says she never discouraged her students from participating in the national school walk out, but she did question whether it’s appropriate for a school to support a protest against gun violence if they’re not willing to support all protests.

When I was in high school, we discussed things in terms like this all the time.  It was assumed that such discussions were normal, appropriate, and desirable for airing competing viewpoints.  We’re Americans.  It’s what we do.

No more, apparently — at least not in that school district.  Someday, folks, the unequal-speech proponents will be coming for your speech.  The larger truth in every case is that people who would applaud highly orchestrated school walkouts for one topic, but would remove Julianne Benzel from the classroom for pointing out the lack of freedom to walk out for another topic, don’t want free speech.  They want only their speech.  Someday, your speech will offend them.  Count on it.

This next one may win the insanity prize for the week.  We’ll see if Friday or Saturday brings anything to top it.

A court in Germany has ordered Volkswagen to rehire a known Islamist extremist who had threatened fellow workers with death before being fired in 2016.

Samir B. was known to travel in extremist circles in Wolfsburg and had been pictured alongside members of an Islamic State cell which had travelled to fight for the terror group in Syria. Samir was even accused of driving them to the airport when they left.

In 2014, Samir was stopped by officials at Hanover airport who claimed he wanted to travel to Syria himself with just under 10,000 euros in cash. …

In Wolfsburg, the 30-year-old was also involved in distributing radical Islamic propaganda leaflets but most notably he told other employees at the car plant, “you will all die” which prompted the company to fire him after workers claimed to be afraid of him.

The court says Volkswagen hasn’t made its case that the individual “was a reasonable threat” to other employees.  The company offered to pay him damages and be done with it, but his lawyers rejected the proposal.

If you care about nothing else, maybe you’ll care that it’s cavalier lunacy like this that polarizes people against the majority of peaceful-minded Muslims.

It is by no means necessary for the price of demonstrating tolerance and goodwill to be this.  In fact, forcing Volkswagen to rehire this guy isn’t “tolerance” or “goodwill” at all.  There are a lot of things it could be called, but those are not among them.

This is simply deranged, and it’s another example of “why Trump won.”  Ordinary people in Western countries don’t want to attack Muslims.  They want to change their governments, which have descended into a state of ideological dementia that relentlessly discriminates against the interests of their own people.

Last, but not least, we have the inevitable “blame Trump for something that could not conceivably have been his fault” reaction.  We posted a headline earlier about the pedestrian bridge collapse in Miami, which has resulted in at least four fatalities.

Brand new unopened Pedestrian Bridge collapses in Miami. The era of Trump is turning America into a corrupt 3rd World country. Florida needs to be run by Democrats, the Republicans just make up their own versions of reality. #TheResistance pic.twitter.com/Cd0V0800cE

The collapse of a newly raised bridge span is not the fault of the president of the United States.  But we can at least learn this lesson.  When you make a project of silencing speech and demonizing speakers, you don’t get more congenial speech. You get a loss of reason and accountability.  I suggest remembering that.  It’s (partly) the determination to silence people that is causing the mass insanity.  We aren’t mean to wield that power over each other.  A public discourse of lies and lunacy is the result of trying to. 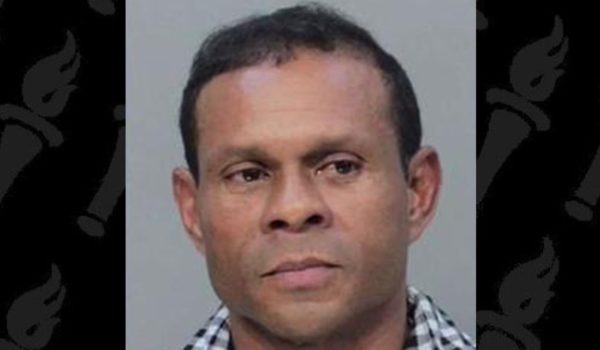